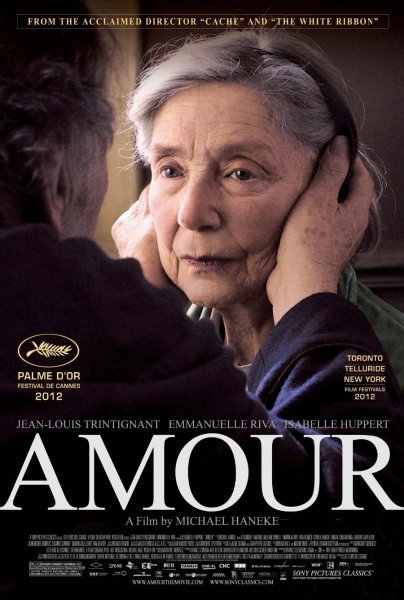 Share this quote on facebook Things will go on, and then one day it will all be over.

Share this quote on facebook Georges: [telling a childhood memory] ... some banal romance or other about a nobleman and a lower middle-class girl who couldn't have each other and who then, out of sheer magnanimity, decide to renounce their love - in fact, I don't quite remember it any more. In any case, afterwards I was thoroughly distraught, and it took me a bit of time to calm down. In the courtyard of the house where grandma lived, there was a young guy at the window who asked me where I'd been. He was a couple of years older than me, a braggart who really impressed me. "To the movies", I said, because I was proud that my grandma had given me the money to go all alone to the cinema. "What did you see?". I started to tell him the story of the movie, and as I did, all the emotion came back. I didn't want to cry in front of the boy, but it was impossible; there I was, crying out loud in the courtyard, and I told him the whole drama to the bitter end.
Anne: So? How did he react?
Georges: No idea. He probably found it amusing. I don't remember. I don't remember the film either. But I remember the feeling. That I was ashamed of crying, but that telling him the story made all my feelings and tears come back, almost more powerfully than when I was actually watching the film, and that I just couldn't stop.

Share this quote on facebook Anne: What would you say if no one came to your funeral?
Georges: Nothing, presumably.

Share this quote on facebook Anne: There's no point in going on living. That's how it is. I know it can only get worse. Why should I inflict this on us, on you and me?
Georges: You're not inflicting anything on me.
Anne: You don't have to lie, Georges.
Georges: [looks down at the floor contemplatively] Put yourself in my place. Didn't you ever think that it could happen to me, too?
Anne: Of course I did. But imagination and reality have little in common.
Georges: But things are getting better every day.
Anne: I don't want to carry on. You're making such sweet efforts to make everything easier for me. But I don't want to go on. For my own sake, not yours.
Georges: I don't believe you. I know you. You think you are a burden to me. But what would you do in my place?
Anne: I don't want to rack my brain over this. I'm tired, I want to go to bed.