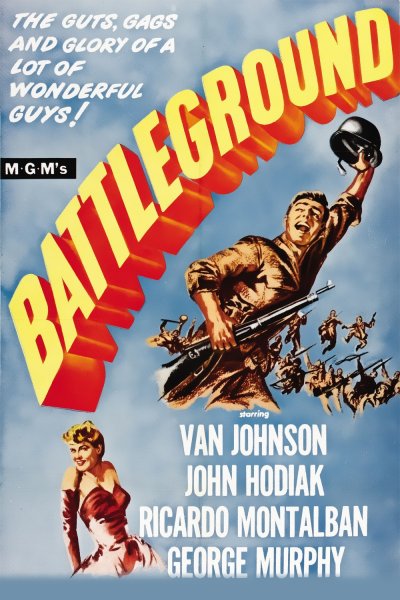 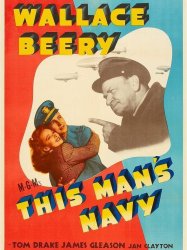 During World War II, Chief Aviation Pilot Ned Trumpet (Wallace Beery) is in charge of a dirigible at Lakehurst, New Jersey naval base. "Old Gas Bag" brags about his "son" and realizes that he will need someone to impersonate his fictional son. Trumpet finds Jess Weaver (Tom Drake), a young disabled man, arranging for an operation to fix his legs, injured in a riding accident. Afterward, Weaver goes along with the deception and soon earns his Navy wings and commission as an Ensign. While on a submarine patrol mission, his "father" orders an unauthorized and premature attack on a German submarine, (orders have been sent to break off the attack, the "father" does not convey the orders) but the youngster's bomb misses and the submarine fires back, hitting the airship. Trumpet takes over the controls and sinks the submarine, but Weaver faces a court-martial for disobeying orders but the older man takes the blame for his actions. Young Weaver is awarded the Distinguished Flying Cross, he gives the DFC ribbon to his "father." Leaving Lakehurst, young Weaver attends pilots training at NAS Pensacola.
Already seen ?
I love 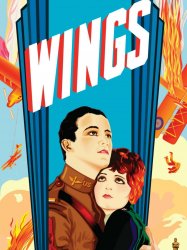 Jack Powell and David Armstrong are rivals in the same small American town, both vying for the attentions of pretty Sylvia Lewis. Jack fails to realize that "the girl next door", Mary Preston, is desperately in love with him. The two young men both enlist to become combat pilots in the Air Service. When they leave for training camp, Jack mistakenly believes Sylvia prefers him. She actually prefers David and lets him know about her feelings, but is too kindhearted to turn down Jack's affection.
Already seen ?
I love 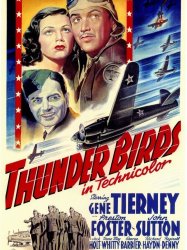 Soon after the US enters World War II, Steve Britt (Preston Foster), a former World War I flying ace, arrives at Thunderbird Field, looking for a job as a civilian primary flight instructor. The base commander is an old friend, Lt. Col. "Mac" MacDonald (Jack Holt), working with Squadron Leader Barrett (Reginald Denny, himself a WWI aerial observer), who is in charge of the Royal Air Force cadets at the base.
Already seen ?
I love 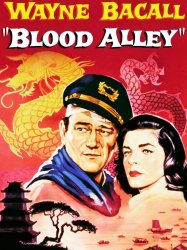 The ship of Captain Tom Wilder, an American Merchant Mariner, is seized by the Chinese Communists and he is imprisoned by them for two years in the vicinity of Amoy Island. Captain Wilder is helped to escape from prison, dressed as a Soviet officer. The huge Chinese who transports him to Chiku Shan village (Big Han) will not tell him why he has been broken out of prison.
Already seen ?
I love 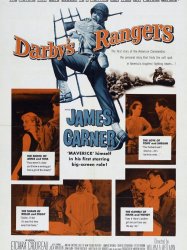 The US Army has decided to form an elite strike force similar to the British Commandos. Major William Darby (James Garner), a staff officer, gets command of the 1st Ranger Battalion, to be formed entirely from volunteers.On June 19, 1942 the 1st Ranger Battalion was sanctioned, recruited, and began training in Carrickfergus, Northern Ireland. Darby and Master Sergeant Saul Rosen (Jack Warden), who also narrates the film, select a variety of men for training in Scotland by British Commando veterans. Darby tells his men that the Commandos are the best soldiers in the world, but in time they (the Rangers) will be. The Americans are quartered in Scottish homes and several of the Rangers pair off with local lassies: Rollo Burns (Peter Brown) with Peggy McTavish (Venetia Stevenson), the daughter of the fearsome but humorous Scottish Commando instructor, Sergeant McTavish (Torin Thatcher), and vagabond Hank Bishop (Stuart Whitman) with the proper Wendy Hollister (Joan Elan).
Already seen ?
I love 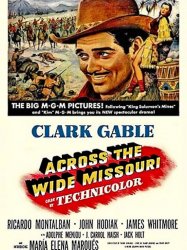 In the 1830s in the Rocky Mountains, fur trapper Flint Mitchell (Clark Gable) meets at the summer "Rendezvous" with other mountain men, cashing in his furs, drinking, and enjoying contests among his friends. He organizes a hunting "brigade" into the beaver-rich Blackfoot territory, buying horses and recruiting trappers, despite protests from his Scottish friend and former trading partner, Brecan (John Hodiak), who lives among the Blackfoot and warns him that the land belongs to them. Flint outbids Brecan for Kamiah (María Elena Marqués), the granddaughter of Blackfoot medicine man Bear Ghost and adopted daughter of a Nez Perce chief, Looking Glass (J. Carrol Naish). Brecan wants to return her to the Blackfoot, to promote peace between the tribes, while Flint wants to marry Kamiah and ensure the brigade's safety.
Already seen ?
I love 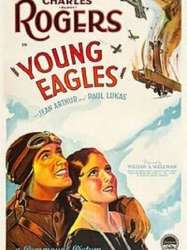 Lieutenant Robert Banks (Buddy Rogers), a young American aviator in the Lafayette Escadrille, on leave in Paris, meets Mary Gordon (Jean Arthur), a young American living abroad. Their romance is cut short by his return to the front. In an air battle, Robert brings down and captures von Baden, nicknamed the "Grey Eagle" (Paul Lukas), and takes him to Allied headquarters in Paris, to obtain intelligence on German plans.
Already seen ?
I love 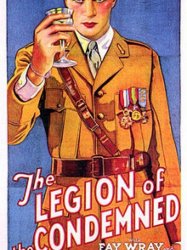 Four young men from various walks of life sign up as flyers for the Lafayette Escadrille, a military unit known as "The Legion of the Condemned" composed mostly of American volunteer pilots flying fighters in World War I. All four men are running away from something—the law, love, or themselves. Whenever a dangerous mission comes up, the four men draw cards to see who will fly off to near-certain doom. With his best friend Byron Dashwood (Barry Norton) already having died in combat, Gale Price (Gary Cooper) draws the high card next time around.
Already seen ?
I love 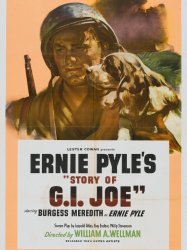 In the Tunisian desert, the untested infantrymen of C Company, 18th Infantry, U.S. Army, board trucks to travel to the front for the first time. Lt. Bill Walker (Robert Mitchum) allows war correspondent Ernie Pyle (Burgess Meredith), himself a rookie to combat, to hitch a ride with the company. Ernie surprises Walker and the rest of the men by deciding to go with them all the way to the front lines. Just getting to the front through the rain and mud is an arduous task, but the diminutive, forty-two-year-old Ernie manages to keep up.
Already seen ?
I love 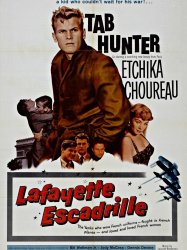 Thad Walker (Tab Hunter), a spoiled, rich kid from Boston, who had gotten in serious trouble with the law, fled to France to join the French Foreign Legion in World War I. In Paris, with companions, "Duke" Sinclair (David Janssen), Dave Putnam (Will Hutchins), Tom Hitchcock (Jody McCrea) and Bill Wellman (William Wellman Jr.), the boys stop at a bar and learn of the recent formation of the Lafayette Escadrille made up of American volunteer pilots who fly for France. The group of expatriates join up and learn to fly on training aircraft before becoming combat pilots.
Results 1 to 10 of 70
123457Next page >