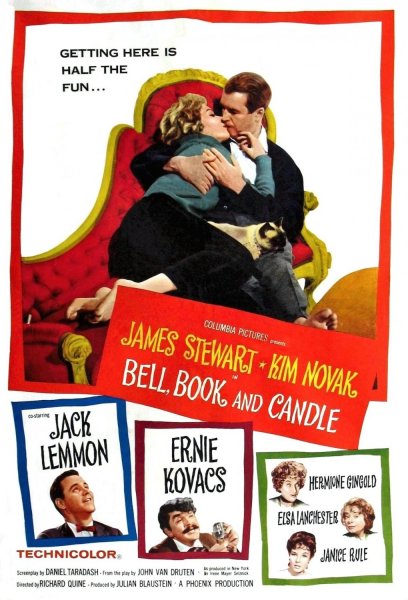 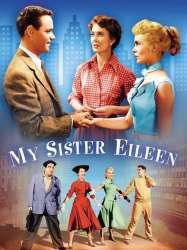 Witty Ruth and pretty Eileen Sherwood, sisters from Columbus, Ohio, relocate to New York City and settle in a rundown basement studio apartment in a Greenwich Village building owned by Papa Appopolous. Ruth aspires to be a writer, while Eileen hopes to achieve success as an actress. They become acquainted with their neighbor Ted Loomis, an athlete who lives with his fiancée Helen.
Already seen ?
I love 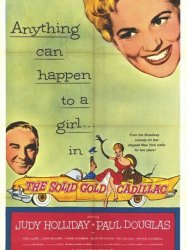 At a shareholders meeting for International Projects, a billion dollar corporation, John T. Blessington (John Williams) announces that he is replacing Edward L. McKeever (Paul Douglas), the company's founder, president and chairman of the board, as McKeever is resigning to go work for the federal government in Washington DC. Laura Partridge (Judy Holliday), a minority stockholder with just ten shares of stock, drives its arrogant, self-serving executives to distraction with her incessant questioning during this and subsequent meetings.
Already seen ?
I love 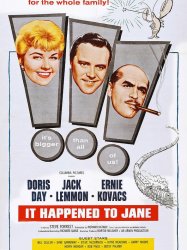 In May 1959, in the town of Cape Anne, Maine, a foul-up by the Eastern & Portland Railroad (E&P) results in the death of 300 lobsters shipped by Jane Osgood (Day), an attractive, widowed businesswoman with two children. She gets her lawyer and friend, George Denham (Lemmon), to go after the E&P to pay damages after her customer, the Marshalltown Country Club, refuses all future orders.
Already seen ?
I love 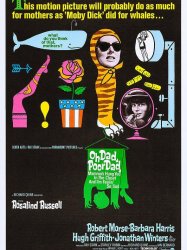 Described by the author as a "farce in three scenes", the story involves an overbearing mother who travels to a luxury resort in the Caribbean, bringing along her son and her deceased husband, preserved and in his casket.
Already seen ?
I love 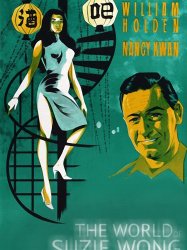 American architect Robert Lomax is an aspiring artist who relocates to Hong Kong for a year to see if he can make a living as a painter. On the Star Ferry en route to Hong Kong Island, he meets Mee Ling, a seemingly proper young woman of lofty social status. She mistakenly tries to have him arrested for stealing her purse, but the misunderstanding is resolved and they go their separate ways.
Already seen ?
I love 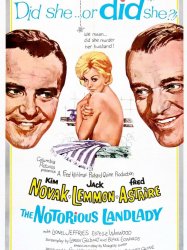 When American diplomat William Gridley (Jack Lemmon) arrives in London, he rents part of Carly Hardwicke's (Kim Novak) house from her and promptly begins to fall in love. Gridley doesn't know that many people think she killed her British husband, Miles Hardwick (Maxwell Reed), because he has disappeared; but without a body, the police cannot do a thing.
Already seen ?
I love 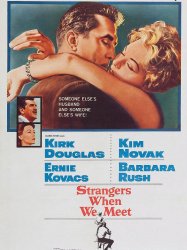 Larry Coe is a Los Angeles architect who is married with two kids. He has a very bright wife, Eve. She is ambitious for him, but he wants to do work more imaginative than the commercial buildings he's been designing. He meets with Roger Altar, an author, to discuss building a house that will be an "experiment" and something Coe wants to do more of, something original.
Already seen ?
I love 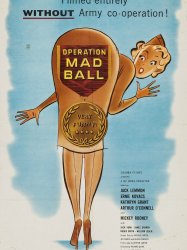 In a hospital unit in the U.S. Army in Europe after World War II, Private Hogan (Jack Lemmon) does not believe that a blue-stocking can be good-looking, but the first sight of dietetic nurse Lieutenant Betty Bixby (Kathryn Grant) sets him straight. When he picks her cigarette lighter up and puts his weapon aside, he is surprísed by security officer Paul Locke (Ernie Kovacs) who admonishes him for putting down his weapon while on guard duty and confines him to quarters preliminary to a court martial. The Colonel in charge of the unit (Arthur O'Connell), however, would prefer to keep everything "in the family" and avoid a court martial.
Already seen ?
I love 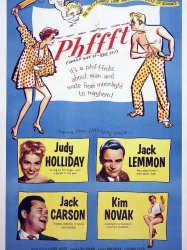 Nina and Robert Tracey (Judy Holliday and Jack Lemmon), married for eight years, suffer marriage troubles and divorce. Robert takes up with his womanizing Navy buddy Charlie Nelson (Jack Carson) while Nina looks to her interfering mother for guidance. Robert spends the night with Janis (Kim Novak), a Marilyn Monroe-type character who finds the dashing Robert "real cute" but he feels uncomfortable with Janis and other girls he dates. Nina also tries to date other men but fails as she is still in love with Robert. Although they try to ignore each other when they accidentally meet, it is obvious that the past is not dead. Then one night, they find themselves in a nightclub, dancing the mambo together.
Already seen ?
I love 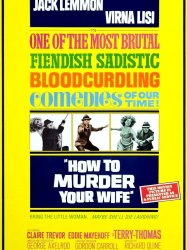 Stanley Ford (Jack Lemmon) is a successful, happily unmarried cartoonist enjoying the comforts of a well-to-do existence in an urban townhouse, including the services of his loyal and attentive valet, Charles Firbank (Terry-Thomas). Stanley's comic strip, Bash Brannigan, is a secret-agent thriller characterized by a high level of realism: no matter how outrageous the plot may seem, Stanley will not allow Brannigan to do anything physically impossible or use gadgets that don't exist. He hires actors and sets up elaborate enactments of storylines, playing Brannigan himself, while Charles takes photographs Stanley will use as models.
Results 1 to 10 of 70
123457Next page >