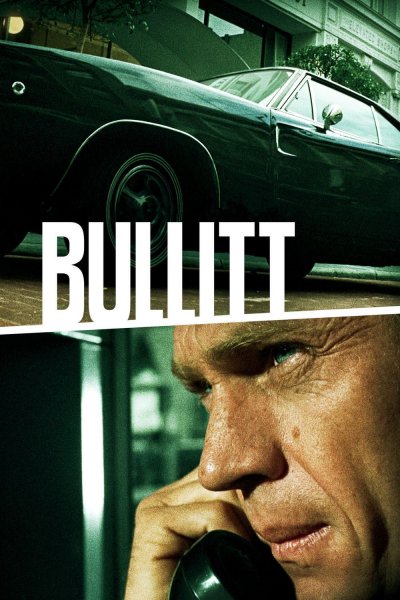 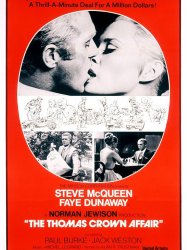 Millionaire businessman-sportsman Thomas Crown (Steve McQueen) pulls off a perfect crime by orchestrating four men to rob $2,660,527.62 from a Boston bank, along with a fifth man who drives the getaway Ford station wagon with the money and dumps it in a cemetery trash can. None of the men ever meets Crown face-to-face, nor do they know or meet each other before the robbery. Crown retrieves the money from the trash can personally after secretly following the driver of the station wagon, then personally deposits the money into an anonymous Swiss bank account in Geneva, making several trips, never depositing the money all at once so as to not draw undue attention to his actions.
Already seen ?
I love The Driver (Ryan O'Neal) - real name unknown - has made a career out of stealing cars to use as getaway vehicles in big-time robberies all over Los Angeles. Hot on the Driver's trail is the Detective (Bruce Dern), a conceited and otherwise-nameless cop who has his own name for the Driver: "Cowboy." Since the Driver has never been caught, the Detective goes to ever-increasing lengths to bring him down. Ultimately, the Detective sets up a bank job in order to bait and trap the Driver. Even when said plan threatens to wreck the Detective's own career, he remains steadfast in his obsession to bust the Driver.
Already seen ?
I love 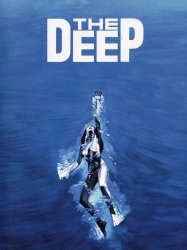 While scuba-diving near shipwrecks off Bermuda, vacationing couple David Sanders (Nick Nolte) and Gail Berke (Jacqueline Bisset) recover a number of artifacts, including an ampoule of amber-colored liquid and a medallion bearing the image of a woman and the letters "S.C.O.P.N." (meaning "Santa Clara, ora pro nobis" or "Saint Clara, pray for us") and a date, 1714. Sanders and Berke seek the advice of lighthouse-keeper and treasure-hunter Romer Treece (Robert Shaw) on the origin of the medallion, who identifies the item as Spanish and takes an interest in the young couple. The ampoule is noticed by the man who had rented diving equipment to Sanders and Berke, which in turn attracts the attention of Henri Cloche (Louis Gossett, Jr.), a local drug kingpin for whom the shop owner works, who unsuccessfully tries to buy the ampoule and then begins to terrorize the couple with Haitian black magic. The ampoule contains medicinal morphine from the Goliath, a ship that sank during World War II with a cargo of munitions and medical supplies. The wreck of the Goliath is considered dangerous and is posted as off-limits to divers due to the danger of explosions. Treece concludes that a recent storm has exposed her cargo of morphine and unearthed a much older wreck containing Spanish treasure.
Already seen ?
I love Cyrus, leader of the Gramercy Riffs, the most powerful gang in New York City, calls a midnight summit of all New York area gangs, requesting them to send nine unarmed delegates to Van Cortlandt Park. The Warriors, from Coney Island, attend the summit. Cyrus proposes to the assembled crowd a permanent citywide truce and alliance that would allow the gangs to control the city. Most of the gangs laud his idea, but Luther, leader of the Rogues, shoots Cyrus dead. In the resulting chaos, Luther frames the Warriors' leader Cleon for the murder, and Cleon is beaten down by the Riffs. Meanwhile, the other Warriors have escaped, unaware that they've been implicated in Cyrus' murder. The Riffs put out a hit on the Warriors through a radio DJ. Swan, the Warriors' "war chief", takes charge of the group as they try to make it back home.
Already seen ?
I love Eddie Coyle (a.k.a. "Eddie Fingers") is an aging delivery truck driver for a bakery. He is also a low-level gunrunner for a crime organization in Boston, Massachusetts. He is facing several years in prison for a truck hijacking in New Hampshire set up by Dillon, who owns a local bar. Coyle's last chance is securing a sentencing recommendation through the help of an ATF agent, Dave Foley, who demands that Coyle become an informer in return. Unbeknownst to Coyle, Dillon is an informer for Foley.
Already seen ?
I love 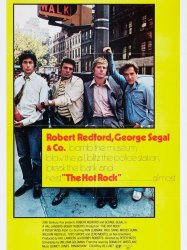 After John Dortmunder (Redford) is released from his latest stint in prison, he is approached by his brother-in-law, Andy Kelp (Segal), about another job. Dr. Amusa (Gunn) seeks a valuable gem in the Brooklyn Museum that is of great significance to his people in his country in Africa, stolen during colonial times and then re-stolen by various African nations.
Already seen ?
I love Two Arkansas firemen, Vince (Bill Paxton) and Don (William Sadler), meet an hysterical old man in a burning building. The old man hands them a map, prays for forgiveness, then allows himself to be engulfed in flames. Outside the fire and away from everyone else, Don does a little research and finds out that the man was a thief who stole a large amount of gold valuables from a church and hid them in a building in East St. Louis. The two decide to drive there, thinking they can get there, get the gold, and get back in one day.
Already seen ?
I love A criminal gang uses a gas canister to knock out the occupant of a car and then bundle him into a stolen ambulance. There they cut free a briefcase full of jewellery. Shortly after, when changing vehicles, the criminals are spotted by the police and a high-speed chase develops with the criminals getting away.
Already seen ?
I love