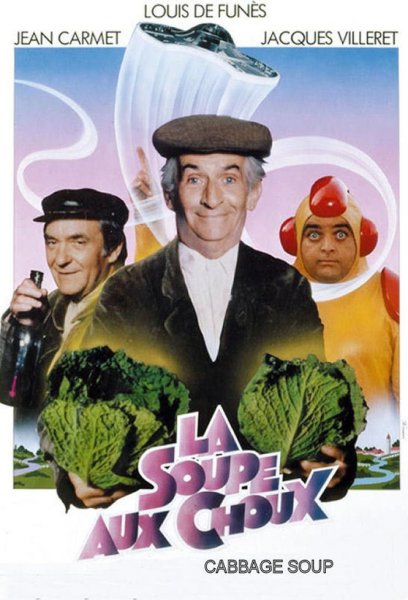 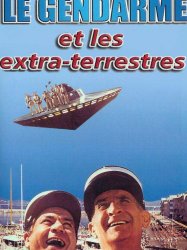 The actions once again take place in the small French town of Saint-Tropez. While driving with one of his gendarmes, Cruchot (Louis de Funes) has to stop in order to fix the car. The gendarme wanders away and sees a flying saucer in a field which then flies away. He tries to tell Cruchot and the rest of the station, but they don't believe him. Shortly after, the same occurs with Cruchot and the chief of the gendarmes. This time it is Cruchot who wanders away and sees the saucer, however the chief does not believe him. Later on, when the same gendarme is doing paperwork in the office, a young man appears in front of him and says that he is a part of an alien expedition which has arrived to Saint-Tropez in order to examine humanity as people from all around the globe go to Saint-Tropez during the summer. The alien demonstrates its shapeshifting ability by transforming into the same gendarme it is talking to. The gendarme runs and tells Cruchot, who doesn't believe him. In the midst of the racket, the chief comes and sends the gendarme away. The chief reveals that he is actually an alien disguised as the chief, and when Cruchot doesn't believe him the alien becomes agitated and uses laser vision to cause damage to Cruchot's room. He relents when a watch on his hand flashes red and drinks something out of a flask. The alien begins coughing and upon hitting it on the back, Cruchot discovers it makes a metallic sound. Later on when the real chief arrives, Cruchot stabs him with a screwdriver thinking that it is the alien. The chief orders Cruchot out, since the supervisor will come in tomorrow to check up on the station. During the check up, Cruchot notices the same watch on the supervisor as on the alien he saw last night and attempts to attack him. The gendarmes hold him back while the alien supervisor flees, and the real supervisor arrive. Cruchot once again stabs the real supervisor thinking he is an alien. He is arrested, but escapes the station.
Already seen ?
I love 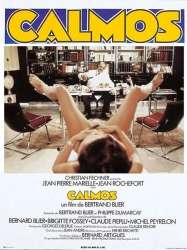 Two men, fortyish, worn out by their wives, abandon everything to go and live in the back of beyond. There they meet a truculent priest, a boozer, Émile (Bernard Blier) who recalls them to life's simple pleasures. Calm is what they want. But soon their example inspires thousands of disorientated males, fleeing the feminist 1970s. Soon, too, there arrives a squadron of nymphomaniac Amazons.
Already seen ?
I love 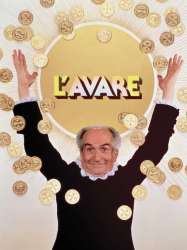 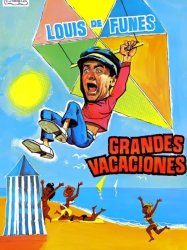 Charles Bosquier is the dictatorial headmaster of a French school. One of his own sons miserably failed his exams, so he sends him to England as exchange student.
Already seen ?
I love 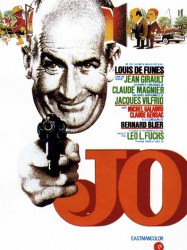 Antoine Brisebard, a famous comedy playwright, is struggling with financial difficulties and is preparing to sell his country villa to an English couple. What no one knows, however, is that Brisebard is actually a victim of blackmail since his wife Sylvie, a famous actress, is the daughter of a notorious robber-murderer. His extortionist is a malevolent criminal only known as Jo, who visits him often to pick up his hush money. But faced with certain ruin, Brisebard is preparing to do away with Jo once and for all, planning his deed under the guise of him trying to write the script for a crime play and consulting his friend, attorney Colas, for ideas of how to efficiently get rid of the body. He finally takes up the offer of one Tonelotti to erect a garden pavilion, whose foundation would provide the ideal hiding place for the corpse.
Already seen ?
I love 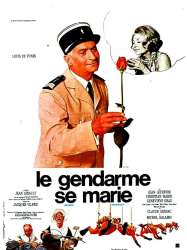 The gendarme Cruchot meets the widow Josepha. They quickly fall in love. But Cruchot's daughter doesn't like Josepha and is determined to prevent the wedding by all means necessary.
Already seen ?
I love 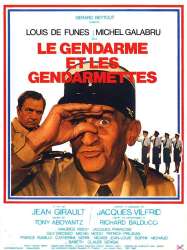 Four young beautiful female police officers come to learn from the "masters" but it turns out they are coping much better with the problem than their teachers. But things heat up when the "gendarmettes" are kidnapped one by one.
Already seen ?
I love 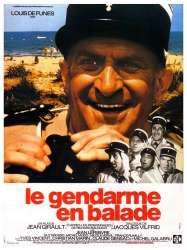 Changes are coming for the Gendarmerie Brigade of Saint Tropez. The gendarmes are forced into retirement to make way for a younger breed. Even so, when they learn that one of them has had an accident and has become amnesiac, they reunite to help him get his memory back. Along the way, they have to stop juvenile delinquents to put a nuclear warhead on a rocket said youths built, while being pursued by their younger colleagues.
Already seen ?
I love 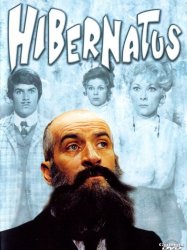 A man frozen for 65 years is found in the ice of the North Pole by a scientific polar expedition. While he is brought back to life by professor Edouard Lauriebat (Michael Lonsdale), the man is identified as Paul Fournier, who was exploring the pole in 1905 and is now, thanks to hibernation, a 90 years old young man. Edmée de Tartas (Claude Gensac), born Fournier, is identified as the granddaughter of Paul and convinces her husband, Hubert Barrère de Tartas (Louis de Funès), that Paul must be given back to his family, while the government wishes to treat Paul as a research subject. After a kidnapping and a pursuit, the authorities reluctantly agree, but impose, for the sake of Paul's mental health, that his environment be the same as in 1905. As Paul thinks Edmée is his mother, Hubert must play the role of a man courting Edmée and Didier (Olivier de Funès), the son of Edmée and Hubert plays the role of a student living with the family. First under control, the situation gradually deteriorates especially when Paul's actions become a threat to Hubert's plan to marry his son to the daughter of Crepin-Jaujard, one of his business partners.
Already seen ?
I love 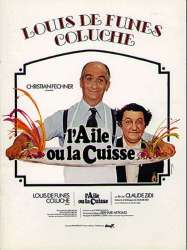 Charles Duchemin (Louis de Funès) is the editor of an internationally known restaurant guide. After being appointed to the Académie française, Duchemin decides to retire as a restaurant critic and trains his son Gérard (Coluche) to continue the family business. However, Gérard Duchemin is more interested in his true passion—the circus—than high cuisine. Soon, however, Charles' plans to retire are complicated by the arrival of Jacques Tricatel (Julien Guiomar), the owner of a company of mass-produced food. Fearing for the future of high cuisine, Charles and his son strive to ruin Tricatel's company in any way they can. This movie is an allegory of the antagonism between USA culture and French culture as it was seen by French people in the 70s.
Results 1 to 10 of 70
123457Next page >