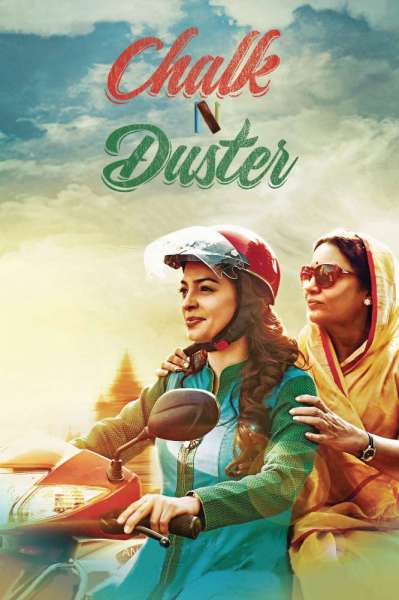 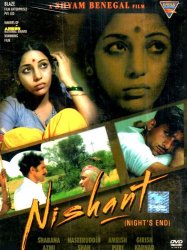 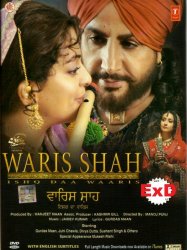 Mughal Ruler Aurangzeb bans music in India, since he believes that music turns a person away from God. This ban continues in the next generations. Music lovers and singers start living in secret places away from cities. Baba Makhdum (Mukesh Rishi) is staying near Kasur with some of his followers and practices music; Waris Shah (Gurdas Maan) comes and joins him. Baba Makhdum tells Waris that he appreciates his talent, but asks Waris to feel the pain in order to get best out of him.
Already seen ?
I love 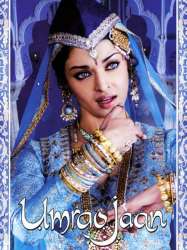 In 1840, a girl named Amiran (Bansree Mandhani) is kidnapped from her home in Faizabad by Dilawar Khan (Vishwajeet Pradhan) who had been sent to jail based upon the evidence presented by Amiran's father. To take his revenge, he kidnaps Amiran and sells her to a brothel in Lucknow run by Khannum Jaan (Shabana Azmi). Bua Hussaini (Himani Shivpuri) and Maulvi Sahib (Kulbhushan Kharbanda) adopt Amiran and treat her as their own daughter. In the company of Khurshid (Ayesha Jhulka), Bismillah (Divya Dutta), and one of the courtesan's sons, Gauhar Mirza (Puru Raajkumar), Amiran learns the art of being a courtesan, or tawaif.
Already seen ?
I love 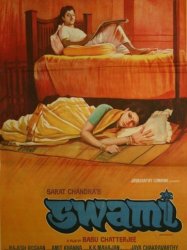 'Saudamini' (Shabana Azmi) is a bright village girl with academic ambitions and an appetite for literature and philosophy. Her intellectual uncle (Utpal Dutt) indulges her brainy bent, encouraging her studies and running interference between Mini and her mother (Sudha Shivpuri), a pious widow whose only concern is to see Mini married, and quickly. Mini has a nascent love affair with her neighbor Narendra (Vikram), the zamindar's son, a student in Calcutta who on his frequent visits brings her Victorian literature, listens raptly to her discourse, and is bold enough to kiss her opportunistically when they are caught together in a rainstorm. Circumstances conspire against Mini and Narendra, though, and soon Mini finds herself married against her wishes to a wheat trader 'Ghanshyam' (Girish Karnad) from a neighboring village. Plunged into despair, Mini struggles to become accustomed to life in her unwanted marriage and her new home, where Ganshyam's stepmother seems to favor Mini's sisters-in-law and where her new husband treats her with a patience that she finds perplexing.
Already seen ?
I love 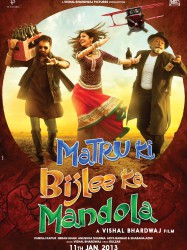 The film tells the story of three individuals, Harphool Singh Mandola a.k.a. Harry (Pankaj Kapur), his daughter, Bijlee Mandola (Anushka Sharma) and Hukum Singh Matru (Imran Khan) known in short as 'Matru'. Harry is a wealthy, cynical businessman who dreams of turning the Mandola village (named after his family) into a shining example of his success and a microcosm of a fledgeling economy in itself. But this dream can only be realised if the villagers agree to sell their land to the government at unfairly low rates in order for the land to be converted into a Special Economic Zone.
Already seen ?
I love 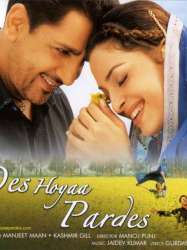 In 1984 the former Indian Prime Minister, Indira Gandhi, was assassinated by her Sikh bodyguards, and since then the Sikhs have been a target of violent backlashes by radicals and the Punjab Police. During 1985 Gursharan Singh Soman lived a peaceful life as a farmer in rural Punjab, along with his elderly parents, Gurdev and Tejpal, and an unmarried sister, Guddi. Gursharan meets with and gets engaged to the Station House Officer's only daughter, Jassi Sandhu. Shortly thereafter her father is killed in a drive-by shooting, and a new Officer, Randhawa, takes over from him. Far from being ethical and honest, he is only concerned with fulfilling a quota of deaths of so-called terrorists by fake police encounters. Jassi and Gursharan get married as Jassi has no other relatives. When the police find a duffel bag of automatic weapons in Soman's house, they immediately arrest Gursharan and beat him up severely, even though he claims his innocence, alleging that real terrorists had forced themselves upon the family at gun-point. When a deputation from the town asks Randhawa to set him free, he does so, and the Soman family settle down. Guddi is soon to get married to a young man who loves her. Then in July, 1987, Sikh terrorists gun down a bus full of non-Sikhs, setting off a shock wave in the entire country. Punjab Police are instructed to maintain order, even if it means to do away with law. A large number of Sikhs are hunted down and killed in fake police encounters, scores are arrested and tortured. Gursharan is arrested again and severely beaten up in police custody. When Guddi goes to plead with Randhawa to release him, she too is imprisoned and beaten by a burly policewoman. Gursharan's American-based friend, Darshan Singh Gill, comes to their rescue and arranges for Gursharan to visit the U.S.A. on a travel visa as a hockey player. Once in America, Gursharan applies for political asylum, and is granted one, which also permits him to sponsor Jassi, and his new-born son to America. After Jassi's arrival, Gursharan gets a job in a corner store, while Jassi works as a Gas Attendant. It is then Gursharan gets the news that his father has suffered a heart-attack and may not live long. Gursharan is ready to leave for India to be near his family in this crucial hour, but his leaving America may well revoke his political asylum, and even if he does leave America and arrives in India, there is more than a bullet from the Punjab Police awaiting him.
Already seen ?
I love

Sukhmani- Hope For Life is a story based on the Journey of Major Kuldeep Singh, played by Gurdas Maan, a decorated officer of the Para Battalion, who overcomes personal trauma and social indignity to uphold the morals of the army and the honour of a woman rejected by society and family, while keeping alive the memory of his beloved daughter Sukhmani.
Already seen ?
I love 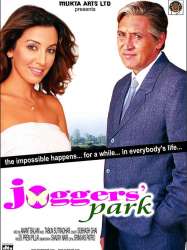 The film opens at a Rotary Club function to honour the recently retired Justice Jyotin Chatterjee. The judge has served the profession all his life with honour and spotless integrity. As he is about to retire, he recognises there will now be a void in his life. His wife remarks to reporters that neither he nor she knows what he would do after he retires.
Already seen ?
I love 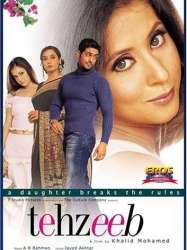 Anwar (Rishi Kapoor) and Rukhsana (Shabana Azmi) had been married for years. After the birth of their daughters Tehzeeb and Nazeen, Anwar goes into depression and commits suicide. Rukhsana is an ambitious and popular singer. After her husband's mysterious death, her elder daughter Tehzeeb (Urmila Matondkar) suspects her to be the cause of his departure. Despite the court declaring Rukhsana innocent, Tehzeeb still bears a grudge against her and accuses her of deserting her and Nazeen (Dia Mirza).
Already seen ?
I love 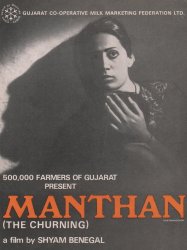 The film traces the origins of the movement through its fictionalised narrative, based around rural empowerment, when a young veterinary surgeon, played by Girish Karnad, a character based on then, National Dairy Development Board (NDDB) chief, the 33-year-old Verghese Kurien, who joined hands with local social worker, Tribhovandas Patel, which led to the setting up a local milk cooperative, in Anand, Gujarat.
Results 1 to 10 of 70
123457Next page >