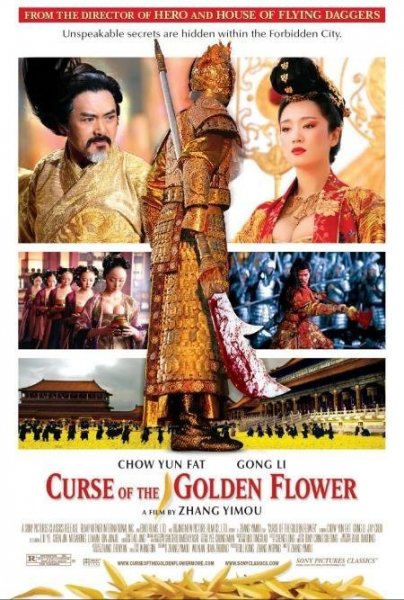 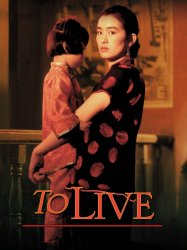 In the 1940s. Xu Fugui (Ge You) is a rich man's son and compulsive gambler, who loses his family property to a man named Long'er. His behaviour also causes his long-suffering wife Jiazhen (Gong Li) to leave him, along with their daughter, Fengxia and their unborn son, Youqing.
Already seen ?
I love 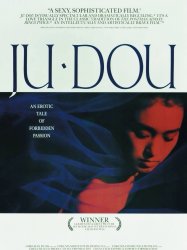 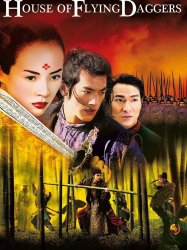 In AD 859, as the Tang Dynasty declines, a number of rebel groups are established, the largest of which is the House of Flying Daggers, based in Fengtian. Its members steal from the rich and give to the poor, gaining the support of the locals. Two police officers, Leo (Andy Lau) and Jin (Takeshi Kaneshiro), are ordered to kill the leader of the group within ten days.
Already seen ?
I love 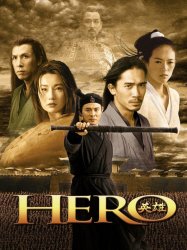 In ancient China during the Warring States period, the nameless prefect of a small jurisdiction arrives at the Qin state's capital city to meet the king of Qin, who has survived an attempt on his life by the assassins Long Sky, Flying Snow, and Broken Sword. Because of the assassination attempt, no visitors are to approach the king within 100 paces. 'Nameless' claims that he has slain the three assassins and he displays their weapons before the king, who allows the former to sit closer to him and tell him his story.
Already seen ?
I love 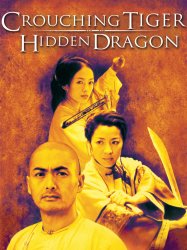 The film is set in the Qing Dynasty during the 43rd year (1779) of the reign of the Qianlong Emperor. Li Mu Bai (Chow Yun-fat) is an accomplished Wudang swordsman. Long ago, his master was murdered by Jade Fox (Cheng Pei-pei), a woman who sought to learn Wudang skills. Mu Bai is also a good friend of Yu Shu Lien (Michelle Yeoh), a female warrior. Mu Bai and Shu Lien have developed feelings for each other, but they have never acknowledged or acted on them. Mu Bai, intending to give up his warrior life, asks Shu Lien to transport his sword, also referred to as the Green Destiny, to the city of Beijing, as a gift for their friend Sir Te (Sihung Lung). At Sir Te's estate, Shu Lien meets Jen (Zhang Ziyi), the daughter of Governor Yu (Li Fazeng), a visiting Manchu aristocrat. Jen, destined for an arranged marriage and yearning for adventure, seems envious of Shu Lien's warrior lifestyle.
Already seen ?
I love 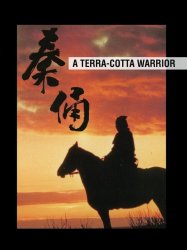 The First Emperor searches for the elixir of immortality, and he despatches 500 teenage boys and girls to help him accomplish this task. One of his soldiers, General Meng Tianfang falls in love with one of the despatched maiden by the name Dong'er. When their forbidden love is exposed, the girl reveals she has found the elusive elixir and secretly gives it to Meng. The emperor orders their execution and the soldier is sentenced to death by being encased alive in clay as a terracotta warrior, only to be reawakened in the 1930s when a struggling actress, Zhu Lili, the reincarnation of the girl who remembers nothing of her past life, accidentally stumbles upon the tomb of the First Emperor. The soldier struggles to adapt to a new era while the two are pursued by archeological looters and thugs.
Already seen ?
I love 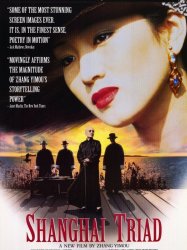 Tang Shuisheng (Wang Xiaoxiao) has arrived in Shanghai to work for a Triad Boss (played by Li Baotian), also named Tang. He is taken to a warehouse where two rival groups of Triads carry out an opium deal that goes wrong, leaving one of the rival members dead. Shuisheng is then taken by his uncle to Tang's palatial home, where he is assigned to serve Xiao Jinbao (Gong Li), a cabaret singer and mistress of the Boss. It is soon learned that Jinbao is also carrying on an affair with the Boss's number two man, Song (Sun Chun).
Already seen ?
I love 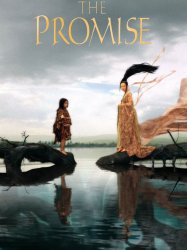 Qingcheng, a starving girl, wanders around the land in search of food. She chances upon a boy, tricks him, steals a mantou from him, and runs away. She encounters the goddess Manshen and accepts an offer to enjoy a wealthy and luxurious life and become the most beautiful woman in the land. However, she has a price to pay: She will never find everlasting and true love. She becomes the King's concubine when she grows up.
Already seen ?
I love 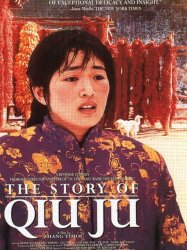 Qiu Ju is a peasant who lives in a small farming enclave with her husband Qinglai. She is in the final trimester of her pregnancy. One day while her husband is conversing to Wang Shantang, the head of the community, a miscommunication ensues. The leader feels insulted and beats Qinglai, kicking him so severely that he must see a doctor and remain absent from work.
Already seen ?
I love 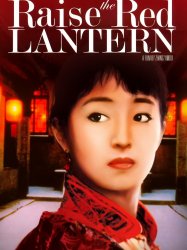 The film is set in 1920s China during the Warlord Era, years before the Chinese Civil War. Nineteen-year-old Songlian (Sònglián, played by Gong Li), whose father has recently died and left the family bankrupt, marries into the wealthy Chen family, becoming the fourth wife or rather the third concubine or, as she is referred to, the Fourth Mistress (Sì Tàitai) of the household. Arriving at the palatial abode, she is at first treated like royalty, receiving sensuous foot massages and brightly lit red lanterns, as well as a visit from her husband, Master Chen (Ma Jingwu), the master of the house, whose face is never clearly shown.
Results 1 to 10 of 70
123457Next page >