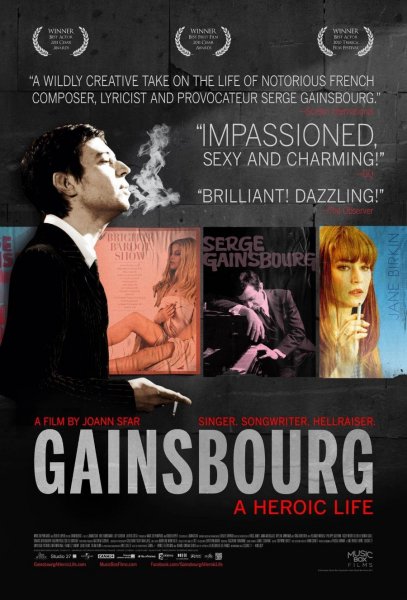 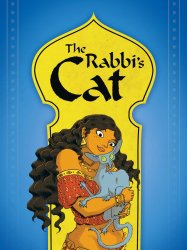 The film takes place in the Jewish community of Algeria during the 1920s. One day a Rabbi finds that his talking parrot, which is very noisy, has been eaten by his cat and that the cat has gained the ability to speak in human tongues. However, the Rabbi finds that the cat is very rude and arrogant, so the rabbi teaches the cat about the Torah, with the cat deciding that if he is Jewish then he should receive a bar mitzvah, leading the two to consult with the rabbi's rabbi. The cat proceeds to mock and insult the rabbi's rabbi's strict views, who declares that the cat should be killed for its heresy. The rabbi takes his cat and leaves, mad at the cat for making a fool of his master, but the two eventually reach an agreement where the rabbi will teach the cat all about the Torah, and that someday he might have his bar mitzvah when he is ready.
Already seen ?
I love 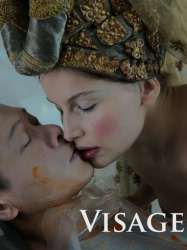 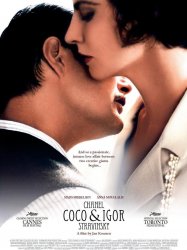 An introductory scene takes place in Paris in 1913, where Coco Chanel attends the first, scandalous performance of Igor Stravinsky’s The Rite of Spring. The rhythmic dissonance of the score and the surprising choreography of the piece result in heckling and outrage among much of the audience. But Chanel is impressed by Stravinsky and his music.
Already seen ?
I love 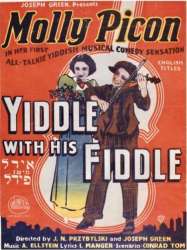 Arye and his daughter Itke are musicians, or klezmorim, who became impoverished and were evicted from their home in Kazimierz. Arie sees no choice but to embark on a career of a travelling band, but fears for the safety of his daughter on the dangerous roads. Itke solves the problem by disguising herself as a boy and adopts the persona of "Yidl", ostensibly Arie's son. During their voyages, they meet another pair of merrymakers, the father-and-son duo Isaac and Ephraim Kalamutker, with whom they form a quartet and roam through the Polish countryside seeking engagements. "Yidl" falls in love with Ephraim, who is utterly oblivious to the true sex of his companion. The four are hired to perform in the wedding of young Teibele to the old, rich man Zalman Gold. The bride had to cancel her prior engagement with her true love, Yosl Fedlman, for her late father left many unpaid debts. Yidl takes pity on Teibele and the quartet smuggle her out of the party and have her join them as vocalist. To Yidl's dismay, Ephraim is enamored with the young woman. Itke reveals her true self to Isaac, who determines to assist her and leaves to locate Yosl. When arriving in Warsaw, the group become a success and are hired to perform in a concert. However, personal tensions between the members run high. Efraim signs a contract with a local orchestra. Teibele's lost match finally arrives, and they run off together before the show. Yidl, quite by accident, takes her place and recounts her entire story and love for Efraim in song form. She is applauded and signed on a contract for a career in the United States. Having learned the truth, Efraim abandons his commitments and joins her on the ship to New York.
Already seen ?
I love 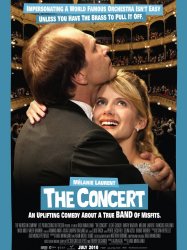 A former world-famous conductor of the Bolshoi Theatre orchestra, known as "The Maestro," Andrey Simonovich Filipov, had had his career publicly broken by Leonid Brezhnev for defending Jewish musicians and is reduced to working as a mere janitor in the theatre where he once conducted, becoming an alcoholic in the process.
Already seen ?
I love 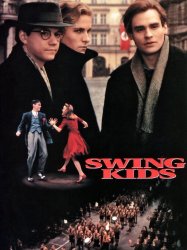 In 1939 Hamburg, Peter Müller and Thomas Berger join their friends Arvid and Otto at a swing club called The Bismarck. They have a good time, dancing and enjoying the music.
Already seen ?
I love 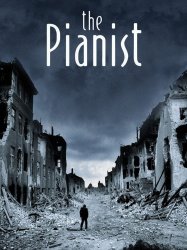 In September 1939, Władysław Szpilman (Adrien Brody), a Polish-Jewish pianist, is playing live on the radio in Warsaw when the station is bombed during Nazi Germany's invasion of Poland which caused the outbreak of World War II. Hoping for a quick victory, Szpilman celebrates with his posh family at home when learning that Britain and France have declared war on Germany. German troops soon enter Warsaw and the Nazi authorities implement measures to identify, isolate, financially ruin and reduce the Jewish population in Warsaw. Jews are ordered to provide their own identifying armbands with the Star of David.
Already seen ?
I love 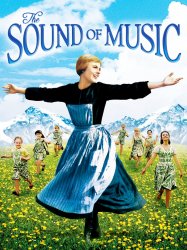 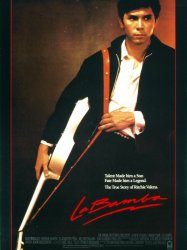 Richard Steven Valenzuela (Phillips) is a normal teenage boy who becomes a rock 'n' roll superstar under the stage name Ritchie Valens. He meets and falls in love with fellow high school student Donna Ludwig (von Zerneck), for whom he wrote a song that became a number two hit ("Donna"). However, Donna's father is shown as having issues with his daughter dating a Mexican-American, which causes friction between Ritchie and Donna. The movie also has several subplots, such as his relationship with his mother Connie Valenzuela (DeSoto) and half-brother Bob Morales (Esai Morales), and the jealousy Bob felt toward Ritchie because of Ritchie's success.
Results 1 to 10 of 70
123457Next page >