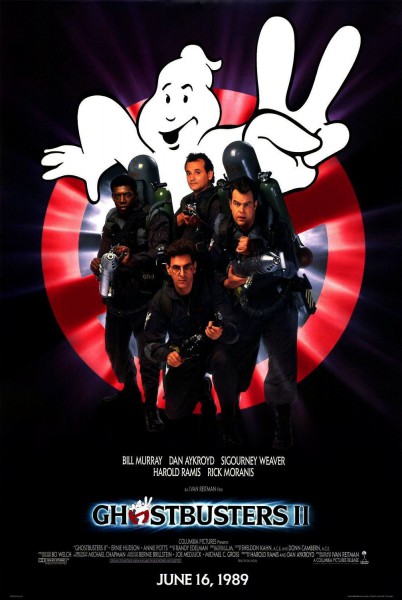 Share this quote on facebook [Peter Venkman hosts a new episode of his show, World of the Psychic]
Dr. Peter Venkman: Hi, welcome back to World of the Psychic, I'm Peter Venkman. I'm chatting with my guest, author, lecturer and psychic, Milton Anglund. Milt, your new book is called "The End of the World." Now can you tell us when it's going to be or do we have to buy the book?
Milton Auglund: Well I predict that the world will end at the stroke of midnight on New Year's Eve.
Venkman: This year?
Auglund: Mm-hmm.
Venkman: Well that's cutting it a little bit close, isn't it? I mean, just from a sales point of view, I mean your book is just coming out, you're not gonna see any paperback sales for at least a year. It'll be at least another year before you know whether you've got that mini-series or movie of the week kind of possibilities. I mean just Devil's Advocate Milty! I mean shouldn't you have said: Hey the worlds going to end in 1992! Or better yet 1994!
Auglund: This is not just some money-making scheme! Alright! I have a strong psychic belief that the world will end on New Year's Eve. [begins to cry]
Venkman: Well, for your sake, I hope you're right. Okay. But I think my other guest may disagree with you. Elaine, now you had another date in mind?
Elaine: According to my source, the end of the world will be on February 14, in the year 2016.
Venkman: Valentine's Day. Bummer. Where did you get your date, Elaine?
Elaine: I received this information from an alien. As I told my husband, it was in the Paramus Holiday Inn, I was having a drink at the bar, alone, and this alien approached me. He started talking to me. He bought me a drink, and then I think he must have used some kind of a ray or a mind control device because he forced me to follow him to his room and that's where he told me about the end of the world.
Venkman: So your alien had a room at the Holiday Inn, Paramus.
Elaine: It might have been a room on the spacecraft made up to look like a room in the Holiday Inn. I can't be sure about that, Peter.
Venkman: [to audience] Of course not! And that is the whole problem with aliens; is you just can't trust them. Occasionally you meet a nice one; Starman, E.T., but usually they turn out to be some kind of big lizard. That's all the time we've got for this week on 'World of the Psychic'. Next week though . . . hairless pets. [holds up a hairless cat] Weird. Until then, this is Peter Venkman saying [puts a finger to his temple and sends out a thought to his viewers; laughs] See you then!

Share this quote on facebook [Dr. Venkman on the stand in the courtroom]
Prosecuter: Dr. Venkman, would you please tell the court why you and your co-defendants took it upon yourselves to dig a very big hole in the middle of 1st Avenue?
Dr. Peter Venkman: Well, there are so many holes in 1st Avenue, we really didn't think anyone would notice.
[most of the courtroom starts laughing]
Judge Wexler: [bangs his gavel twice] Keep that up, mister. I'll find you in contempt!
[slime briefly bubbles to Judge Wexler's remark]

Share this quote on facebook [two ghosts in electric chairs are attacking the court room as Judge Wexler admonishes the Ghostbusters over their work on First Avenue]
Judge Wexler: Oh my god! The Scoleri brothers!
Dr. Raymond Stantz: Friends of yours?
Judge Wexler: I tried 'em for murder! Gave 'em the chair! You've gotta do something!
Dr. Egon Spengler: Why don't you just tell them you don't believe in ghosts?

Share this quote on facebook [the Ghostbusters turn on their proton packs and sing]
Dr. Peter Venkman: Do.
Dr. Raymond Stanz: Re.
Dr. Egon Spengler: Egon. [Venkman and Stantz stare at him and he smiles back]

Share this quote on facebook [the Ghostbusters study a painting at the Metropolitan Museum of Art]
Dr. Egon Spengler: Vigo the Carpathian. Born 1505, died 1610.
Dr. Peter Venkman: 105 years old? He hung in there, didn't he?
Dr. Raymond Stantz: He didn't die of old age, either. He was poisoned, stabbed, shot, hung, stretched, disemboweled, drawn and quartered.
Venkman: Ouch.
Winston Zeddemore: Guess he wasn't too popular at the end, huh?
Spengler: No, not exactly a man of the people. Also known as Vigo the Cruel, Vigo the Torturer, Vigo the Despised, and Vigo the Unholy.
Venkman: Wasn't he also Vigo the Butch?
Stantz: And dig this, there was a prophecy. Just before his head died, his last words were "Death is but a door, time is but a window: I'll be back."

Share this quote on facebook Janosz Poha: [To Dana Barrett] You will be the mother of the ruler of the world! Doesn't that sound nice?

Share this quote on facebook The Superstars of the Supernatural are back. And this time, it's no marshmallow roast.