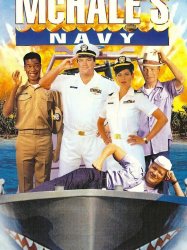 The movie opens in the Caribbean, on the Island of San Moreno, where a trio of important looking men (a Chinese militant, a Russian General, and a European businessman) are meeting with the island's governor. After paying him a suitcase full of money for a special operation, the three men are joined, via helicopter, by Major Vladakov (Tim Curry), the second best terrorist in the world, who will be in charge of the operation. This entire event is witnessed by a young boy named Roberto who takes pictures of the governor, the Major, and his men.
Already seen ?
I love 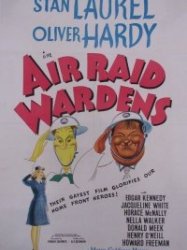 In 1924, "Skeet" Burns applies to join the United States Marine Corps, but only to get a free train ride to San Diego, California. When he arrives, he escapes from veteran Marine Sergeant O'Hara and boards another train to "Tia Juana", Mexico for the horse races. However, upon his return, he enlists after all and comes under O'Hara's charge.
Already seen ?
I love Sicily, 1943, before the Allied assault in July. A pair of American commandos parachute inside the island for a secret mission. They are asked to check on the German weapons and positions before the assault. Along the way, they meet a wounded Italian prisoner of war. He agrees to help them complete their mission, provided there are no bumps in the road and no Germans thrown in.
Already seen ?
I love 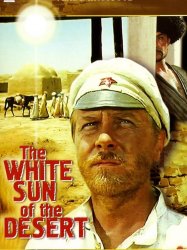 The setting is the east shore of the Caspian Sea (modern Turkmenistan) where the Red Army soldier Fyodor Sukhov has been fighting the Civil War in Russian Asia for a number of years. The movie opens with a panoramic shot of a bucolic Russian countryside. Katerina Matveyevna, Sukhov's beloved wife, is standing in a field. Awakening from this daydream, Sukhov is walking through the Central Asian desert – a stark contrast to his homeland. He finds Sayid buried in the sand. Sayid, an austere Central Asian, will come to Sukhov's rescue in sticky situations throughout the movie. Sukhov frees Sayid, and they strike a friendly but reticent relationship. While traveling together they are caught up in a desert fight between a Red Army cavalry unit and Basmachi guerrillas. The cavalry unit commander, Rakhimov, leaves to Sukhov the harem, which was abandoned by the Basmachi leader Abdullah, for temporary protection. He also leaves a young Red Army soldier, Petrukha, to assist Sukhov with the task, and proceeds to pursue the fleeing Abdullah.
Already seen ?
I love Lt. Commander Thomas Dodge (Kelsey Grammer), a capable yet unconventional US Navy submariner, is about to be passed over a third time for command of his own nuclear submarine because of his unorthodox methods and because of a notorious genital tattoo received after getting drunk and passing out while on shore-leave. Failure to secure a command will result in Dodge being dropped from the Navy's command program and an assignment to a desk job, and that means he will resign from the Navy. During his career, Dodge has made an enemy of Rear Admiral Yancy Graham (Bruce Dern), who strongly speaks out against Dodge's command promotion.
Already seen ?
I love During the Battle of France, while the German forces are rapidly spreading across the country, the 7th Transmission Company suffers an air raid near the Machecoul wood, but survive and hide in the wood. Captain Dumont, the company commander, sends three of his men—Louis Chaudard, Pithiviers and Tassin—to scout the area. After burying the radio cable beneath a sandy road, the little squad crosses the field, climbs a nearby hill, and takes position within a wall-covered area, which happens to be a cemetery. One of the men who was cutting down trees for camouflage hits the wrong tree, pulling up the radio cable from the sandy road and revealing it to the passing German infantry. The Germans cut the cable, surround the woods, and order a puzzled 7th Company to surrender. During that time, Chaudard and his friends, who spotted the Germans, try without success (due to the cut cable) to contact and join their unit. They can only witness their comrades' capture and decide to run away.
Results 1 to 10 of 70
123457Next page >