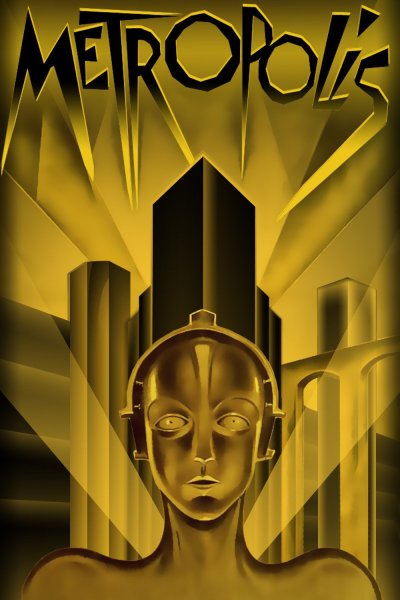 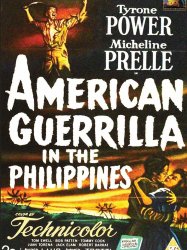 In April 1942 in the Philippines, an American motor torpedo boat is destroyed by Japanese planes. The survivors, among them Ensign Chuck Palmer (Tyrone Power), make their way ashore on Cebu. Their commander orders them to split up. Chuck pairs up with Jim Mitchell (Tom Ewell) and reaches Colonel Benson on Leyte, only to be told that he has been ordered by General Douglas MacArthur to surrender his forces soon.
Already seen ?
I love 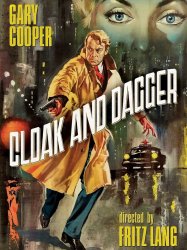 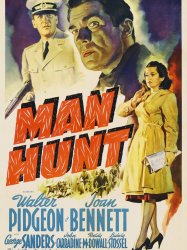 On July 29, 1939, renowned British big game hunter Captain Alan Thorndike (Walter Pidgeon) slips through the forest undetected near the Berghof, Adolf Hitler's residence near Berchtesgaden. Getting the dictator in his telescopic sight, he pulls the trigger on his unloaded rifle and gives a wave. He ponders a moment, then loads a live round, but is discovered at the last second by a guard, and the shot goes wild.
Already seen ?
I love 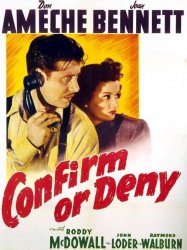 American war correspondent Mitchell is stationed in London in September 1940, working for Consolidated Press of America. Mitch is ambitious to get his news of the coming German invasion over to his editor in America as fast as possible. He starts using Sir Titus Scott's wire from Penzance in Cornwall to save forty minutes, and two carrier pigeons, operated by young Albert Perkins and the elderly Mr. Bindle to get his reports to the wire station.
Already seen ?
I love 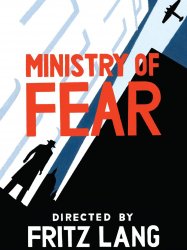 In wartime England during the Blitz, Stephen Neale (Ray Milland) is released from Lembridge Asylum. While waiting for a train to London, Neale visits a village fête hosted by the Mothers of Free Nations charity. He guesses the weight of a cake for a shilling, and is urged to go to the palm reader's tent to have his fortune told by Mrs. Bellane (Aminta Dyne), an older woman. He asks her to ignore the past and tell the future, which startles her. She cryptically tells him to take another guess at the weight of the cake at 4 pounds 15½ ounces. Neale does so and wins the prize. Then a young blond man hurries to see Mrs. Bellane. People try to persuade Neale to give the cake to the blond man, but he refuses.
Already seen ?
I love 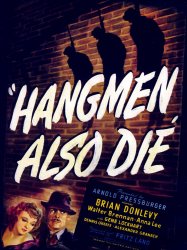 During the Nazi occupation of Czechoslovakia, surgeon Dr. Franticek Svoboda (Brian Donlevy), a Czech patriot, assassinates the brutal "Hangman of Europe", Reichsprotektor Reinhard Heydrich (Hans Heinrich von Twardowski), but his getaway car is discovered and therefore his planned safe house must reject him. When a woman he doesn't know, named Mascha (Anna Lee), deliberately misdirects German soldiers close to finding him, he seeks her home as an alternative safe house. This turns out to be the home of her father, history professor Stephen Novotny (Walter Brennan), whom the Nazis have banned from teaching. This plan works. But because the assassin now can't be found, the Nazi leaders in Prague decide to create an incentive for him to turn himself in or for others to do so. They arrange–with the help of fifth-columnist Emil Czaka (Gene Lockhart), a wealthy brewer–for 400 citizens, including Professor Novotny, to be executed, forty at a time, until the assassin is named. Through a complex series of events, however, the resistance manages to frame Czaka himself for the murder, but not before the Nazis have executed many of the hostages.
Already seen ?
I love 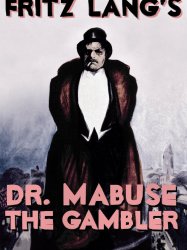 Part I — The Great Gambler: A Picture of the Time (Part I - Der große Spieler: Ein Bild der Zeit)
Already seen ?
I love 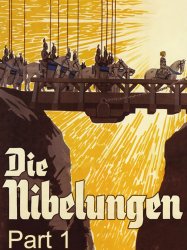 The title character Siegfried, son of King Siegmund of Xanten, masters the art of forging a sword at the shop of Mime. Mime sends Siegfried home, but while preparing to leave, Siegfried hears the tales of the kingdom of Burgundy, the kings who rule there, as well as of Kriemhild, the princess of Burgundy. Siegfried announces he wants to win her hand in marriage, much to the amusement of the smiths. By way of physical violence, Siegfried demands to be told the way. Mime, who is envious of Siegfried's skill as a swordsmith, claims there is a shortcut through the Wood of Woden; in reality, this route will lead Siegfried away from Burgundy and expose him to attack from the magical creatures inhabiting the wood. During his journey, Siegfried discovers a dragon, and deviates from his path to slay it. He touches its hot, yellow blood and understands the language of the birds, one of which tells him to bathe in the dragon's blood in order to become invincible to attack — except for one spot on his shoulder blade, which is missed after being covered by a falling lime (linden) leaf.
Already seen ?
I love 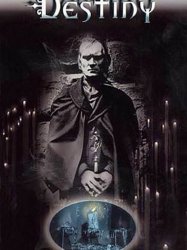 In the Expressionistic frame story, in which human lives are each represented by a candle, Death grants a woman three chances to save her lover, if love can triumph over death. The three stories within the story each occur in a setting that is nominally historic, but really in the realm of fantasy: an adventure tale with a Persian setting out of the Arabian Nights, a Renaissance Venetian romance, and a largely comic story set in China.
Already seen ?
I love 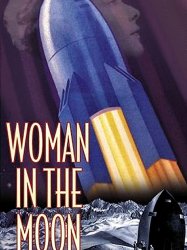 The film is a melodrama with scientific speculation. Helius (Willy Fritsch) is an entrepreneur with an interest in space travel. He seeks out Professor Mannfeldt (Klaus Pohl), a visionary who has written a treatise on the likelihood of finding gold on the moon, only to be ridiculed by his peers. Helius recognizes the value of Mannfeldt's work, but a gang of evil businessmen have also taken an interest in Mannfeldt's theories.
Results 1 to 10 of 70
123457Next page >