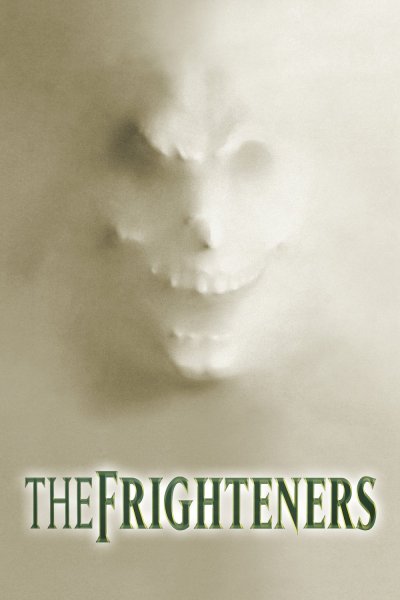 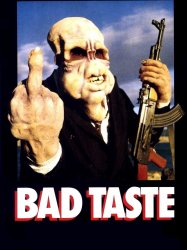 The Astro Investigation and Defence Service (AIDS) sends Derek, Frank, Ozzy, and Barry to investigate the disappearance of everyone in the town of Kaihoro, New Zealand. They find the town has been overrun by space aliens disguised as humans in blue shirts. Barry kills one of the aliens and is attacked by others. After Derek notifies Frank and Ozzy, he begins torturing Robert, an alien they caught earlier. Robert's screaming attracts a number of aliens in the area. Derek kills the would-be rescuers, but he is attacked by Robert and falls over a cliff, to his presumed death.
Already seen ?
I love 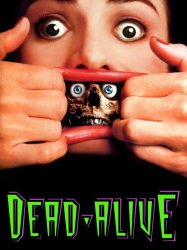 In 1957, The "Sumatran Rat-Monkey" is a hybrid creature that, "according to legend", resulted from the rape of tree monkeys on Skull Island by plague-carrying rats. Stewart McAlden (Bill Ralston), an explorer returning from the depths of the island with his team, is carrying a rat-monkey in a cage and is stopped by fierce warrior natives that demand the return of the monkey. They escape to a waiting jeep, but Stewart gets bitten by the Rat-Monkey. Seeing the mark of the monkey's bite on his right hand, Stewart's men hold down the explorer and amputate it. A bite mark is then seen on his left arm, which results in the removal of that limb. Finally, they see a set of bloody scratches on Stewart's forehead and kill him. The captured rat-monkey is shipped to Wellington Zoo in New Zealand.
Already seen ?
I love 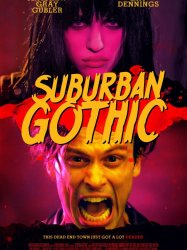 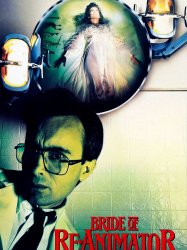 Eight months after the events of Re-Animator, Doctors Herbert West and Dan Cain are working as medics in the middle of a bloody Peruvian civil war. In the chaos of battle and with plenty of casualties to work on, they are free to experiment with West's re-animation reagent. When their medical tent is stormed by the enemy troops, West and Cain return home to Arkham, Massachusetts. There, they resume their former jobs as doctors at Miskatonic University Hospital, and West returns to the basement laboratory of Cain's house to continue his research.
Already seen ?
I love 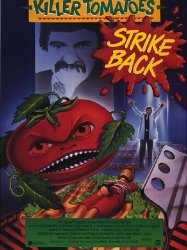 Police assistant Lance Boyle is a childish detective who is lumbered with worthless police cases. However, after several murders in a nearby wood that concern Killer Tomatoes, Lance finds himself working alongside Kennedy Johnson, a Tomatologist, to solve the murders.
Already seen ?
I love 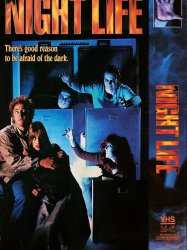 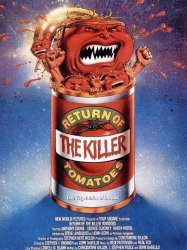 Set 10 years after the events of Attack of the Killer Tomatoes (referred to as the Great Tomato War), the United States is once again safe, and tomatoes have been outlawed (although authorities still deal with "tomato smugglers" who sell to people who cannot live without ordinary tomatoes). Wilbur Finletter (Steve Peace) has been praised as a hero of the Great Tomato War and parlayed his fame into opening Finletter's Pizzeria, which serves tomato-less pizzas. Working for Wilbur is his nephew Chad Finletter (Anthony Starke) who is a delivery boy. Also with Chad is his roommate Matt Stevens (George Clooney), a suave ladies' man.
Already seen ?
I love 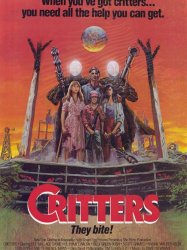 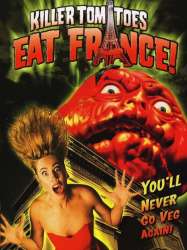 Dr. Mortimer Gangreen (John Astin) escapes from prison and has set up a base at his assistant Igor's 'Really Big Castle' located outside Paris, France, and he is still bent on global domination. Using his Killer Tomatoes, Gangreen plans to stage a second French revolution according to an old prophecy written by Nicodemus, in which the king of France (Louis XVII) will return to claim the throne. The only image of Louis XVII shows that he bears a close resemblance to Igor (Steve Lundquist), and Gangreen plans to use this to his advantage to have Igor impersonate Louis XVII to claim the throne.
Results 1 to 10 of 70
123457Next page >