On the run again after the events of the previous TV movie, David Banner is working up north under the name David Belson. Disenchanted and at the end of his rope, David makes his way towards a large city with the hopes of renting a room and staying buried. Unbeknownst to him, the city he arrives in is under the control of a powerful underworld kingpin named Wilson Fisk but is also protected by a mysterious black-clad crimefighter known as Daredevil. When two of Fisk's men come onto the commuter subway train after having committed a jewel robbery, one of them takes an interest in a beautiful woman also riding the train and she rejects him. David witnesses an attempted sexual assault by one of Fisk's men, he transforms into the Hulk and things go haywire. A short while later, David is arrested by the police and wrongfully charged with the crime.
Already seen ?
I love David Banner masquerades as David Bellamy, a mentally challenged janitor, to gain access to a scientific research facility in Portland, Oregon. He believes that the studies of one of the scientists there, Dr. Ronald Pratt (Philip Sterling), may hold the key to curing his gamma-induced condition that, in times of stress, turns him into a superhuman green creature known as the Hulk. Pratt takes a liking to the man he sees only as a building custodian.
Already seen ?
I love In the city of Basra, the evil vizier Jaffar has clouded the caliph's mind and imprisoned his daughter, Princess Alina in order to marry her. Jaffar has four of the town's five sacred gems sent to dangerous and evil places where they will be carefully guarded by magical forces. Sinbad and his crew arrive at the caliph's palace, only to be captured by the hypnotised soldiers. Jaffar sentences Sinbad's crew to the torture chamber while the mighty sailor is to be locked in a pit full of snakes. Sinbad gets out of the snake pit using some snakes tied together into a rope and later rescues his companions from the torture chamber. As they flee the controlled Basra, Jaffar grants power from evil forces to help him kill Sinbad, this summons an evil cloud over Sinbad's ship and the Legions of Darkness, undead warriors. Together with the help of his friends, Sinbad manages to defeat the undead and the leader. Sinbad heads to a mysterious island to seek the help of a wise Oracle, who tells them the location of the four sacred gems of Basra. Then, he sails to an island and finds the gem by himself, he destroys a towering rock monster and retrieves the gem. Jaffar is joined by another ally, Soukra, a sorceress, and they prepare Jaffar's scheming plan. The second gem is on the island of the Amazons, the Amazons hypnotise Sinbad's crew and the Queen takes Sinbad with her. The Bald Cook and Poochie the dwarf save Sinbad and retrieves the second gem, the Queen's necklace. Next, Sinbad and his team head to the Isle of the Dead, where they battle Ghost Knights who have risen from the dead to fulfill their destiny. Sinbad goes for the Ghost King while his companions battle the Knights. Jaffar casts Sinbad's ship and his crew in the middle of the sea, leaving the sailor alone on the Isle of the Dead. Jaffar gives life to the Ghost King using his evil powers, and it weakens Sinbad, but he resists and destroys the Ghost King with his own sword and takes the third sacred gem. Later, Sinbad meets Kira, and her father, Nadir the wizard, two survivors on the Isle of the Dead who came there on a flying balloon. Sinbad agrees to help them get rid of the vicious monsters of the island and is aided by Kira, they encounter a group of ghouls, Sinbad fights them but Kira is captured by them. Sinbad rescues Kira but has to face a terrible monster able to fire bolts of energy from its wrists guarding the last sacred gem of Basra, Sinbad defeats the evil creature with the gems he has and retrieves the last one and they, along with Nadir escape the island on a balloon. Sinbad meets up with his companions and they go off to face Jaffar, Sinbad's men face off the soldiers while Sinbad battles Jaffar. The wizard creates an exact Sinbad clone to battle the sailor, but he manages to defeat it. Eventually, Jaffar is captured by Sinbad and Princess Alina is rescued. Peace has been restored to the world with the sacred gems.
Already seen ?
I love 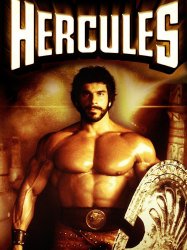 The film is a retelling of the story of Hercules (Lou Ferrigno) battling the wizard Minos (William Berger), who uses "science" in an attempt to take over the world. Hercules must stop him and rescue his princess love in the process.
Already seen ?
I love When the demon god Loki (Richard Grieco) wipes off the city of Valhalla to steal the Hammer of Invincibility, only the young hero Thor (Cody Deal) can recover the cities from evil. When Thor's father and older brother are killed in a futile attempt to retrieve the hammer from Loki, a Valkyrie named Jarnsaxa (Patricia Velásquez) attempts to train a naïve and inexperienced warrior Thor to fight Loki. This leads them on a short quest from their training camp, to the Tree of Inventory to collect a sword and shield and then to a small city where Loki attempts to hypnotize the refusing residents into serving as his minions by bringing on a wipeout with a small army of demon beasts. When Thor is about to be defeated, he must forge his own fate to save the city and reclaim the Hammer of invincibility from Loki once and for all.
Already seen ?
I love Steve Grayson (Elvis) is a generous NASCAR race car driver who feels compelled to bail friends and acquaintances out of financial hardship. However, Steve's manager Kenny Donford (Bill Bixby), a compulsive gambler, had been mismanaging Steve's winnings to support his gambling habits, landing Steve in deep trouble with the IRS for nonpayment of back taxes. This proves to be a problem for Steve in his efforts to continue racing competitively and support those who depend on his generosity.
Already seen ?
I love A professor, who has been paralyzed in an attack by mob hit men, builds an armored suit that enables him to walk and fight crime.
Already seen ?
I love In 500 A.D., Hrothgar, king of Denmark, and a group of warriors chase a large and burly man, whom they consider a troll, and his young son, to the edge of deep cliff. The father directs his young son, Grendel, to hide from the attackers' view; whereupon The Danes shoot the father dead, and his dead body plunges onto the beach far below. The Danish king sees the young Grendel, but spares him. Later, Grendel finds his father's body and cuts the head off to take it home. Many years later, the severed (and mummified) head is inside a cave where the boy Grendel has become as large and powerful as his father, and plans revenge.
Results 1 to 10 of 70
123457Next page >