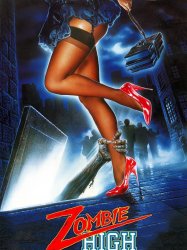 Andrea (Virginia Madsen) is a teenage girl that has won a scholarship to Ettinger, a formerly all-male boarding school. She leaves behind her boyfriend Barry (James Wilder) in the hopes of scholastic achievement, but soon discovers that things are not as they seem at Ettinger. Andrea finds that her friends are slowly changing from regular teenagers into personality-less drones. Some investigation shows that the school's faculty has been harvesting life-sustaining chemicals from the student body, which results in them becoming seemingly perfect students that are only focused on doing well in school and obeying rules. Andrea is spared from this fate by one of her professors, Philo (Richard Cox), who takes pity on her due to her resemblance to a former lover. Along with her boyfriend, Andrea discovers that the staff uses classical music as a way of stabilizing the students. Philo gives her a tape to play over the loudspeaker system that he claims will stop the faculty and students from capturing her and turning her into a zombie, only for her to lose it while she is chased by the school's students. With nothing to lose, Barry plays a tape of rock music in its place, which accomplishes the desired task of stopping the students and saving their lives.
Already seen ?
I love 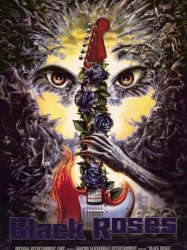 A new rock-n-roll band named Black Roses plays at a sleepy town called Mill Basin, causing the town's kids to turn into rockers. However, what the town does not know is that the band is also turning kids into demonic monsters. The soundtrack features many prominent bands at the time such as King Kobra, Tempest, Hallow's Eve, Lizzy Borden, among others. Most of the music for the band "Black Roses" was performed by the members of King Kobra, with Mark Free on vocals, and Carmine Appice on drums.
Already seen ?
I love 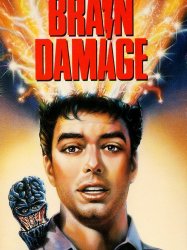 Brian begins an unwilling symbiotic relationship with a malevolent leech-like brain-eating parasite called "Aylmer". Aylmer secretes a highly addictive, hallucinogenic blue fluid into Brian's brain. In return for a steady supply of the fluid, Brian must seek out human victims for Aylmer, so that he can devour their brains. All the while, though, as Brian adopts a heavily secluded life in his indulgence of Aylmer's fluids, it begins to draw a rift in his relationship with his girlfriend Barbara and brother.
Already seen ?
I love 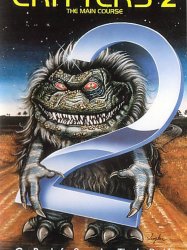 The film starts out in space on a desolate planet where human Charlie McFadden and the shapeshifting bounty hunters Ug and Lee are searching for a vicious, worm-like creature. After successfully killing the beast, they depart the planet. Soon afterwards, they receive a new assignment by Zanti, head of the High Council. He tells them that Crites (Critters or Krites) are still on Earth and must be destroyed. With that, they set a course for Earth. Noticing Charlie brooding, Ug inquires what's wrong. Charlie states his reluctance to going back after two years and asks, concerned, whether they would leave him there. Ug reassures him they had no such intentions.
Already seen ?
I love 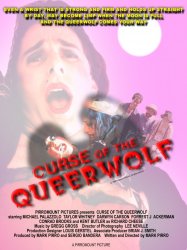 Larry meets someone he believes to be a woman, but is actually a transvestite, who turns him into a "queerwolf" by biting him on the buttocks. He transforms into a transvestite at night when there is a full moon. People hunting the werewolf discover the transvestite at Larry's apartment, and they also warn him about a curse. A gypsy offers to help him, but Larry refuses until the first full moon that he experiences. The only way for him to combat the transformation is to look at a medallion with a picture of John Wayne.
Results 1 to 10 of 70
123457Next page >