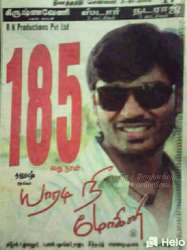 Vasu (Dhanush) is from a middle-class family. He makes several bids to obtain employment but all goes in vain due to his poor language skills and inadequate educational qualifications. All his friends settle in life, but he continues to struggle in finding employment. Vasu has two faithful friends in Cheenu (Karthik Kumar), and Ganesh (Karunaas). His father (Raghuvaran), who is a teacher, is always critical of him for being an irresponsible person. This just added to his list of woes.
Already seen ?
I love 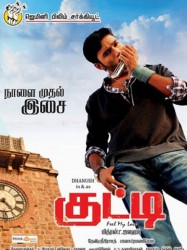 At the Kanyakumari beach, Geetha (Shriya Saran) looks at a lonely lying personal diary where she enjoys a poem written in it. She admires the poem by replying on the same page. While she and her friend admire the beauty of Sunrise, she accidentally loses one of her anklets (it falls in the sea). She sees a person jumping in after it and she perceives him to have died in the waters. The incident haunts her in her dream again and again and feels very guilty for it. In her college, she meets a rich, handsome boy Arjun (Sameer Dattani) who impresses her to win her love. He proposes her and threatens her to love him or else he would die by jumping from college roof top. Already feeling guilty for being cause of a person's death, not willing to let it happen again Geetha accepts his love and screams 'I love You' in front of the entire college to Arjun which was witnessed by Kutty (Dhanush).
Already seen ?
I love 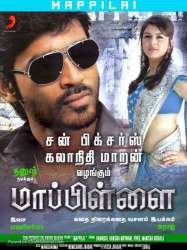 Saravanan is a do-gooder, who is soft-spoken and admired by one and all. Another person named Child Chinna (Vivek) who is the head of the Namitha Fan Club in his area. Child Chinna and Saravanan come across Gayathri (Hansika Motwani), daughter of arrogant business woman Rajeshwari and they both fall for her. Child Chinna asks Saravanan to help him with his love and when he finds out it's Gayathri he still helped him.
Already seen ?
I love 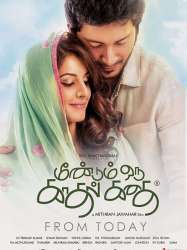 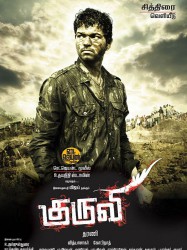 Vetrivel aka Velu (Vijay) is a car racer who lives with his large family in Chennai. His father, Singamuthu (Manivannan), had gone to Kadapa in Andhra Pradesh to work at a colliery and never returned, prompting Velu and his family to think that he is dead. Velu comes to know that a Malaysia-based don named Koccha (Suman) owes his father a huge sum of money. Velu and his friend Pons (Vivek) travel to Malaysia as Kuruvi, the trade jargon for low-level contraband carriers. They come to Malaysia at a time when internal rivalry and problems are surfacing in Koccha's family. Koccha's younger sister Devi (Trisha Krishnan) has refused to marry Soori (Pawan), the brother of Konda Reddy (Ashish Vidyarthi), Koccha's Kadapa-based business associate, as per Koccha's wishes. Irritated and preoccupied, neither Koccha nor his henchmen want to devote any time or attention to resolve Velu's problem. Velu is ill-treated and thrown out of Koccha's place without any help rendered. Determined to return to India only after his father's issue is solved to his satisfaction, Velu conceals himself in Koccha's palace-like residence. He soon finds out about a large diamond owned by Koccha and steals it, feeling that it would pay off his father's debt, and returns to India with Pons. Devi also follows Velu to India, having fallen in love with him.
Already seen ?
I love 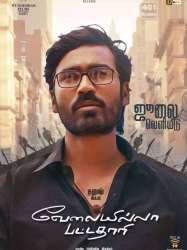 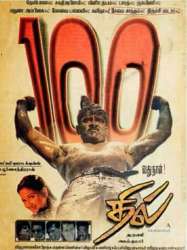 Dhil is the story about Kanagavel (Vikram) whose only dream is to become a police officer. He succeeds in passing the exams and wins a girlfriend, Asha (Laila). One night after having dinner at a restaurant near the beach Velu goes to pay the bill leaving Asha behind. At that moment a corrupt police officer Shankar (Ashish Vidyarti) drinks and behaves indecently to Asha. He then attempts to assault her but is beaten up by Velu severely and receives a scar on his face. Angered by this he seeks revenge against Velu. The rest of the story shows how Velu fights Shankar and his goons finally killing the corrupt policeman.
Already seen ?
I love

Radhakrishnan (Dhanush) alias Rocky is a 10th grade dropout youngster who is looked down upon by his father (Pratap Pothen), because of his sharp contrast to the rest of the family, who are well qualified in education. Rocky spends most of his time in a mechanic shop with his colleagues (Mayilsami, Nellai Siva and Suman Shetty). Rocky's friends advise him to love and marry a well educated girl so that his name will be added with her name after marriage i.e., indirectly he gets a degree after his name.
Already seen ?
I love

Palakattu Madhavan (Vivek) is a lazy and irresponsible man. Embarrassed that his wife Lakshmi (Sonia Agarwal) earns more than he, he quits his own job out of spite. He then adopts the old woman Pattu Maami (Sheela) as a surrogate mother because she offers to pay cash for the opportunity.
Already seen ?
I love 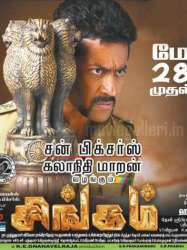 The film begins in Nallur, a small village in Thoothukudi district in southern Tamil Nadu. Duraisingam (Suriya), is the honest police sub inspector of Nallur, assisted by his bumbling colleague Erimalai (Vivek). He belongs to Nallur with his father having a respectable status in the village. His family business is provision stores and Duraisingam wants to join it, but he joined police due to his father's wishes. He resolves most of the problems in his village with non-violence and mutual counselling. He uses force only when the situation demands it, thereby gaining much reputation and love from the villagers. Mahalingam (Nassar) is an industrialist in Chennai and a friend of Singam’s father (Radha Ravi). He comes to the village with his beautiful daughter Kavya (Anushka Shetty). Eventually Singam and Kavya fall in love with each other.
Results 1 to 10 of 70
123457Next page >