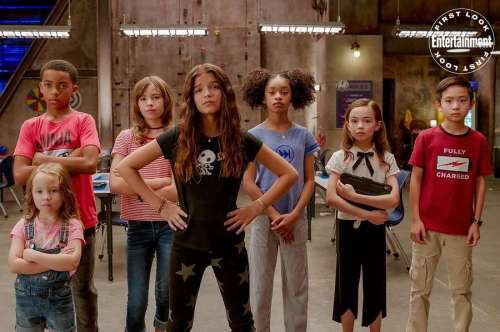 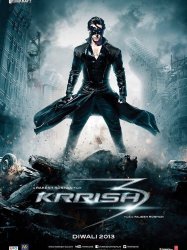 Scientist Rohit Mehra lives with his son Krishna "Krrish" Mehra (both played by Hrithik Roshan) in Mumbai. Krishna is married to Priya (Priyanka Chopra) who works as a journalist for Aaj Tak. Rohit works in a research institute for the Indian government and Krishna, while moon lighting as the superhero Krrish, is regularly fired from various day jobs due to lack of attendance. Rohit is researching on a device that will bring life to dead tissues by the use of solar energy. Despite several attempts, he fails to complete the experiment due to the high intensity of sun rays. On a usual day, Krishna loses his job from the security wing of a company when he hears news about an aeroplane whose front tyres are stuck due to some malfunctioning which creates high risk, even if landed, it may explode and so will the passengers inside. Krishna immediately changes himself to Krrish and saves the plane from accident by holding the component to make tyres free to roam.
Already seen ?
I love 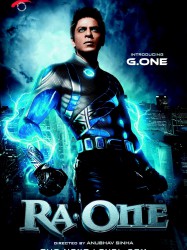 Shekhar Subramanium (Khan), a game designer who works for the London-based Barron Industries, has delivered a number of commercial failures; an irate Barron (Tahil) gives him his last chance to develop a successful game. To impress his sceptical son Prateek (Verma), and upon the request of his wife Sonia (Kapoor), Shekhar uses his son's idea that the antagonist should be more powerful than the protagonist. His colleague, computer programmer Jenny (Goswami), uses Shekhar's face as a model for that of the game's protagonist G.One (Technically Good One and in Hindi Jeevan, which means life), while the shape-shifting antagonist Ra.One (Technically Random Access Version One and in Hindi Ravan, a mythical demon) is made faceless. Another colleague, Akashi (Wu), implements the characters' movements. The game, named Ra.One, contains three levels, the final level being the only one in which either character can be killed. Each character possesses a special device – the H.A.R.T (Hertz Amplifying Resonance Transmitter) which gives them their powers. Upon reaching the last level, the characters gain a gun with one bullet; the other character can be killed by this bullet but only if his H.A.R.T is attached.
Already seen ?
I love 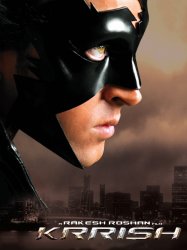 Five-year-old Krishna Mehra undergoes an intelligence quotient test by a professor, who suspects that he has superpowers. His grandmother Sonia (Rekha) takes the young Krishna to a remote mountain village to conceal his unique abilities. Years later, Krishna (Hrithik Roshan) meets Priya (Priyanka Chopra) and her friend Honey (Manini Mishra) when Krishna's friend Bahadur (Hemant Pandey) takes the girls' camping crew near his home to camp. Krishna saves Priya from a hang glider accident and falls in love with her when spending time with her.
Already seen ?
I love

Juni Cortez (Daryl Sabara), after stopping Donnagon from activating the EMP device, has retired from the OSS, no longer wanting to work. He now lives a quiet life and works as a private detective, although his salary is very little. One day, he is contacted by President Devlin (George Clooney), former head of OSS, who informs him that his sister, Carmen Cortez (Alexa Vega), is missing after a mission gone wrong. Upset about this, Juni returns to the OSS to learn more about his sister.
Results 1 to 10 of 70
123457Next page >