Nationality USA
Birth 10 april 1952 (68 years) at Santiago (Chili)
Alexander B. Witt (born 1952) is a Chilean Hollywood filmmaker who has worked mostly as a camera operator and second unit director. His feature directorial debut came in 2004 with Resident Evil: Apocalypse, based on the popular Capcom video game series. Witt also became the second unit director on the James Bond films Casino Royale in 2006 and Skyfall in 2012.

From a 2004 interview on IGN, he says this about his history: "I was born in Chile, the third generation of Germans there. And, we moved to Mexico, from Mexico in '73 I moved to Europe, where I started working in film. I started with Arriflex, the company that makes the cameras. I was there for a year and I did kind of a trainee type of year where I was in the sound department, in the lab, in the studio working with the actual productions and also assembling cameras. And then I moved to Europe, where I lived three years, and then, back in '76, I did my first movie as a camera assistant, which was 21 Hours at Munich. And then, I kept on going, I moved up to focus puller or first AC, and then operating and then DP-ing. And then I was DP-ing commercials and then I started directing commercials in the late 80's and beginning of [the] 90's. I was working with Jan De Bont and doing his second unit as a DP while he was a DP He is the one that really gave me the break on Speed to start directing second unit."

John Brown is a humble, but clumsy security guard working at the Bradford robotics laboratory in Riverton, Ohio, run by Artemus Bradford and his daughter Brenda, whom Brown has a crush on. Brown wishes to become a police officer, with support from his niece Penny. Brenda and Artemus create a lifelike robotic foot as part of the Gadget Program, to create cybernetically augmented police officers. Tycoon Sanford Scolex attacks the lab, steals the foot, and has Artemus murdered before escaping in his limo. Brown goes chasing him down in his car, which leads to its being destroyed by Scolex's explosive cigar leaving brown for dead, but a bowling ball coming from the fiery blast of Brown’s destroyed car smashingly crushes Scolex's hand, forcing him to replace it with a mechanical claw.

30 days after the contamination of The Hive seen in Resident Evil (2002), the Umbrella Corporation unwisely sends in a research team to re-open the complex and investigate the incident, since no one survived except Alice and Matt Addison, and as Alice was experimented on, Matt was put into a mysterious "Nemesis Program". When the team reprograms and opens the sealed blast doors, they are slaughtered by the massive crowd of infected. 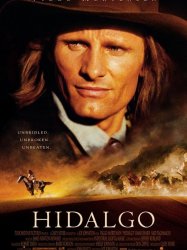 In 1993, following the ousting of the central government and start of a civil war, a major United Nations military operation in Somalia is authorized with a peacekeeping mandate. After the bulk of the peacekeepers are withdrawn, the Mogadishu-based militia loyal to Mohamed Farrah Aidid have declared war on the remaining UN personnel. In response, U.S. Army Rangers, Delta Force counter-terrorist operators, and 160th SOAR aviators are deployed to Mogadishu to capture Aidid, who has proclaimed himself president of the country.
Already seen ?
I love

In June 1969, 5-year-old Jo Thornton (Alexa Vega), her parents, and the family dog Toby seek shelter in a storm cellar as a powerful F5 tornado. This tornado is so strong that the storm cellar door is ripped off, and Jo's father (Richard Lineback) is pulled into the storm to his death. Jo, her mother (Rusty Schwimmer), and Toby survive.

In 2029, Human Resistance leader John Connor (Jason Clarke) launches a massive final offensive against Skynet, an artificial general intelligence system seeking to eliminate the human race. Before the Resistance wins the offensive, Skynet activates a time machine and sends back a T-800 Terminator to 1984 to kill John's mother, Sarah Connor (Emilia Clarke). John's right-hand man, Kyle Reese (Jai Courtney), volunteers to travel back in time to protect her. As Kyle floats in the machine's magnetic field, he witnesses John being attacked by another Resistance soldier (Matt Smith). He then has visions from his childhood about events in 2017.
Results 1 to 15 of 39
123Next page >