Birth name Alice Maud Krige
Nationality South africa
Birth 28 june 1954 (67 years) at Upington (South africa)
Awards Laurence Olivier Award
Alice Maud Krige (/ˈkriːɡə/; born 28 June 1954) is a South African actress and producer. Her first feature film role was in Chariots of Fire (1981) as the Gilbert and Sullivan singer Sybil Gordon. Since then, she has played a variety of roles in various genres. Krige first played the role of the Borg Queen in the motion picture Star Trek: First Contact and reprised the role for the final episode of the television series Star Trek: Voyager. A year after the series ended, she reprised the role in "Borg Invasion 4-D" at Star Trek: The Experience. 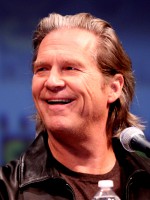 The year is 1965, and 10-year-old Sandra and her parents, Abraham and Sannie, are white Afrikaners. Her parents are shopkeepers in a remote area of the Eastern Transvaal and, despite Sandra's mixed-race appearance, have lovingly brought her up as their white little girl. Sandra is sent to a boarding school in the neighbouring town of Piet Retief, where her (white) brother Leon is also studying, but parents of other students and teachers complain that she does not belong.
Already seen ?
I love Eight years before the story begins, Anne Elliot (Sally Hawkins) had, at the age of 19, been engaged to a naval officer, Frederick Wentworth (Rupert Penry-Jones). However, her father Sir Walter Elliot (Anthony Head) and family friend Lady Russell (Alice Krige) had persuaded Anne to break off the engagement and give up the man she loved because of his lack of fortune and connections.
Already seen ?
I love 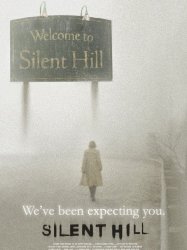 Rose and her husband, Christopher Da Silva, are concerned about their adopted daughter, 9-year old Sharon, who has been sleepwalking while calling the name of a town, "Silent Hill". Desperate for answers, Rose takes Sharon to Silent Hill. As they approach the town, she is pursued by police officer Cybil Bennett, who has become suspicious of Rose's motives after witnessing Sharon panic at a gas station when her drawings are mysteriously vandalized. A mysterious child appears in the road, causing Rose to swerve and crash the car, knocking herself unconscious. When she awakens, Sharon is missing, while fog and falling ash blanket the town.
Already seen ?
I love Frank Carden (Morgan Freeman) is a professional assassin who has been hired to kill a reclusive billionaire named Lydell Hammond, Sr., a vocal opponent of stem cell research. Carden's plan goes awry when he gets injured in a car accident and ends up in the hospital. When hospital staff see his gun, they call the police. They are able to peel away his false identity and federal marshals are called in to pick him up.
Already seen ?
I love 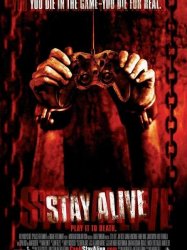 In 1980, ABC development executive Vince Peterson (John Terry) meets with producer Aaron Spelling (Nicholas Hammond), looking for a series featuring "greed and manipulation and sex and power and vanity" to battle against CBS' hit nighttime serial Dallas and make it "look like Sesame Street." Writers Richard and Esther Shapiro (Pamela Reed and Ritchie Singer) are already developing their own modern take on I, Claudius, and Dynasty is conceived. From the beginning, Esther's intent to explore "real social issues" and not have the show be an "inane soap with beautiful people and beautiful clothes" clashes with the network and advertisers' squeamishness with homosexual character Steven, "the first openly gay character on a prime time drama series." John Forsythe (Bartholomew John) — the voice of Charlie's Angels '​ Charlie — and Linda Evans (Melora Hardin) are cast as Blake and Krystle Carrington. With the new series at #40 in the ratings, ABC pushes for Steven to be "cured," and Richard conceives a female J. R. Ewing: Blake's bitter ex-wife Alexis. Soon Dynasty welcomes Heather Locklear (Holly Brisley) as sexpot Sammy Jo, and Joan Collins (Alice Krige) as villainess Alexis. Ratings rise as Alexis tears her way through Dynasty and Sammy Jo makes Steven reconsider same-sex romance. Steven's portrayer Al Corley (Rel Hunt), annoyed at the direction his character is taking, asks "Hey, I'm not gay ... but correct me if I'm wrong, is homosexuality a disease that can be cured by a blonde bimbo in Daisy Duke shorts?" ... and is soon replaced. Stuck at #2 — despite the tease of an affair by Krystle with guest star Rock Hudson (Robert Coleby) — Dynasty becomes "the most expensive show in history" and spawns a spin-off series. The Moldavian wedding massacre finally drives the show to #1 as the world learns that Rock Hudson has AIDS. Collins wants more money for "putting the 'nasty' in Dynasty," but Esther plays hardball to prove that everyone is replaceable. Ratings begin to slide in the aftermath of the Moldavia storyline, and by the seventh season ABC is talking about cancellation. Esther files a profit-seeking lawsuit when news surfaces of Aaron's plans for Spelling Entertainment to go public. Long unhappy with storyline quality, John finally explodes; Joan faces the public spectacle over her divorce. Realizing that the important things in life are passing her by, Linda decides she needs to leave Dynasty, and a supportive Joan wishes her well. Season nine ends with Blake and Alexis in mortal peril, but few viewers. ABC unceremoniously cancels the show — "the '80s are over."
Results 1 to 15 of 44
123Next page >