Nationality United-kingdom
Birth 1946 (77 years) at England (United-kingdom)
Brian Trenchard-Smith (born 1946) is an English film and television director, producer, writer, consultant and actor who is notable for his contributions to the horror and action genre during the 1970s and 1980s in Australia. Most of his work has been in television, and the majority of his films have been direct-to-video releases. His 1970s and 1980s Aussie films were theatrically released. He generally works in the drama, action and horror genres. He has directed 42 movies and TV series including Turkey Shoot, StuntRock, Dead End Drive-In, The Man from Hong Kong, and Leprechaun 4: In Space.

In addition, he also has been credited by Quentin Tarantino as one of his favorite directors.

He was born in England, the son of a member of the Royal Air Force, and lived for a time in Libya, where his father was stationed. His family moved to Odiham, Hampshire and he made his first film at the age of 15 on 8mm, a 2 minute short called The Duel. The following year he made the ten-minute The Chase about a lunatic who escapes from an asylum and chases a boy around the countryside with a bayonet.

He was commissioned to make a film about his school, Wellington College, for prospective parents. He showed this around once he left school, and it helped him get work as an editor's assistant and camera assistant with a French news company in London. However he was unable to get into the union so he moved to Australia in 1965 (his father was Australian).

Trenchard-Smith worked at Channel Ten as an editor, doing news, documentaries and station promos. He moved over to Channel 9 to work as promotions director, then in 1968 he returned to England and went to work in London as a junior writer/producer of feature film trailers at National Screen Service.

In 1970 he returned to Channel 9 as network promotions director, and made his directorial debut with a French TV special Christmas in Australia.


Documentary Filmmaker
After two years at Channel 9 Trenchard Smith formed his own production company, borrowed $16,000 and made a one-hour television special about stuntmen called The Stuntmen featuring Grant Page. This was a success and enabled him to make a number other TV specials, usually with a theme of action and/or danger. Kung Fu Killers, which also featured Page, was particularly successful. Throughout this decade Trenchard-Smith also worked cutting trailers.

Trenchard-Smith was going to Hong Kong to make an $8,000 documentary on Bruce Lee called The World of Kung Fu but arrived on the day Lee died. He turned the documentary into a tribute on Lee, and in the course of making it met Raymond Chow who helped fund Trenchard-Smith's first feature, The Man from Hong Kong (1975). The film was successful internationally launching his career as a feature director.


Feature Director
The Man from Hong Kong was made for The Movie Company, a production company half owned by Trenchard-Smith and Greater Union. The Movie Company then made the documentary Danger Freaks before Greater Union pulled out. Trenchard Smith then made Deathcheaters (1976) which performed disappointingly and spent nine months on a proposed film that never got up, The Siege of Sydney. However he then made a dramatised short Hospitals Don't Burn Down which won a number of awards and was highly successful. Trenchard-Smith then made a film in the US called Stunt Rock which he once called "probably the worst film I have made".

Among his most fondly remembered credits are the cult classic Turkey Shoot (1982) and BMX Bandits (1983), where he worked with a young Nicole Kidman.

For the last twenty years, Trenchard Smith has worked mostly in America. He says his passion project is to do a revisionist history of Richard III. 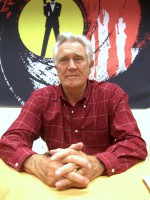 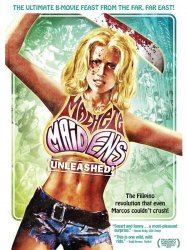 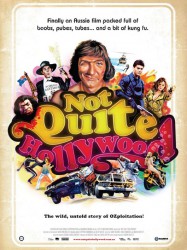 Steve and Rodney are two ex-Vietnam commandos who do stunt work for television. They are hired by the government to raid the island stronghold of a Filipino racketeer and secure papers from his safe. The two men make the raid and escape using a hang-glider.
Already seen ?
I love Former race car driver and American expatriate Peter Roberts has retired at the urging of his lawyer wife, though he resists getting an office job. Instead, he becomes an instructor at a driving school, while waiting for an investment opportunity to open a racing school. After he drops his daughter off to school and learns that he can no longer afford her private school tuition, he takes a fellow American as his first client. The man, Simon Keller, reveals that he has investigated Roberts' finances and personal life. Disturbed, Roberts insists on ending the lesson and returning to the school. Keller agrees but requests that they stop at a bank first, so that he can pay Roberts.
Already seen ?
I love When a widowed reporter is informed by an FBI agent that her deceased husband has just been murdered, the two join forces to uncover a web of deceit that is shocking and more deadly than anyone could imagine.
Already seen ?
I love The plot is centered around a colossal blast of heavily chilled mesosphere air, spreading over the Earth after a solar eclipse combined with the effects of environmental pollution caused a hole in the ozone layer. The catastrophic event threatens to engulf the entire world in ice. As Hobart, Tasmania, is hit by the cold front with temperatures of below -70 degrees Celsius, causing people to die almost instantaneously, physicist Jack Tait (Michael Shanks) tries to find a solution while protecting his family.
Already seen ?
I love Three college student friends have misadventures over the summer.
Already seen ?
I love Taking place in 1521 on the coast of Mexico, a group of Aztecs worships and makes sacrifices to a pair of living Tyrannosaurus rex. A group of conquistadores led by Hernán Cortés later arrive on the location and venture into the forest to make camp. One of the Tyrannosaurs crosses the path of one of the conquistadores and devours his horse. His fellow conquistadores do not believe his story and continue to venture through the dense forest. An Aztec who is not aware of the Tyrannosaur is eaten, while another witnesses the event with an expression of deep horror and surprise. Later, the conquistadores try to kill the tribe of Aztecs, but are put to sleep by a hidden Aztec with a tube of tranquilizer darts. Hernán Cortés surrenders and demands a truce, but realizes they cannot understand him. He murmurs to himself that they are savages, not realizing the chief can understand English, and is knocked out. Once he regains consciousness, he meets an English-speaking female Aztec. She tells him the Aztecs call the Tyrannosaurs "Thunder Lizards". Later, Hernán Cortés is offered up as a sacrifice, but is freed by his new friend, Gria. It is revealed that of Hernán's fault, the female, who was the chief's daughter, was consumed by one of the Tyrannosaurs. The chief becomes enraged, but he does not know that his daughter Ayacoatl is actually alive. The chief orders a sacrifice of all the conquistadores, but his mind changes when his daughter returns. The daughter's marriage is postponed when a Tyrannosaur kills an Aztec girl. The conquistadores set out on a mission to kill the Tyrannosaurs with cannons and muskets. They succeed in killing the male at the loss of one of their companions. At night Cortez and his soldiers rob the temple of gold and try to escape to the coast. They leave lieutenant Rios and sergeant Mendoza to the mercy of the Aztecs as they had become to friendly with them. In their escape to the coast all but Cortes are devoured by the female Tyrannosaurus. Sergeant Menoza is mortally wounded by the Tyrannosaurus. Rios and shaman Xocozin set out to try to kill the animal but Rios has been secretly drugged by Xocozin who tries to kill him. Xocozin leaves Rios to his fate and heads to the village where he is confronted by the Chief who found out his betrayal. Xocozin and the Chief fight with the latter being mortally wounded. Eventually Rios is found by Ayacoatl and Fra Gria, who marries them. At the altar Xocozin is mortally wounded by Rios. Ayacoatl then cuts out Xovozin's heart to use as bait for the female Tyrannosaurus who then is killed in a gunpowder explosion. Fra Gia and Cortes are picked up by a Spanish ship but are warned by Rios not to return to the valley, which Cortes never did when he conquered the Aztec empire. Fra Gia returned to Spain, became a saint and the inventor of Sangria. Ayacoatl and Rios become rulers of the tibe.
Already seen ?
I love 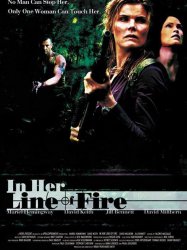 The film takes place primarily in the waters off the coast of North Korea with some scenes set in Hawaii. As it opens, an American submarine under the command of Commander Habley is attacked by an enemy submarine that has no sonar signature. Although it survives the fight, the American submarine is badly damaged and Tom, Habley's Executive Officer and lover, is killed.
Results 1 to 15 of 73
12345Next page >