Birth name Candace Hutson
Nationality USA
Birth 23 june 1981 (39 years)
Candace Hutson (born May 3, 1980) is an American former child actress best known as the voice of Cera the Triceratops in The Land Before Time film series from the first film to The Land Before Time IV: Journey Through the Mists. She was also a regular in the television situation comedy Evening Shade. She voiced Mattie the Mouse in Reader Rabbit and appeared in the films Dolly Dearest (1992) and The Maddening (1995). 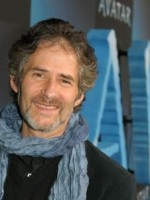 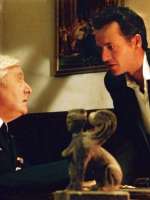 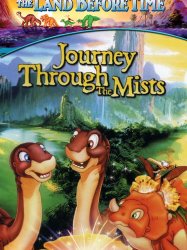 Littlefoot notices a longneck herd entering Great Valley, and informs his grandparents. They tell him that the longnecks are their cousins, and that they must go and greet them. As the Old One, the leader of the herd, tells the residents of the great valley that her herd has been migratory since a heavy rain period turned their old home into a marshland called "The Land of Mists", and became the home of many dangerous creatures, Littlefoot meets a longneck girl named Ali, and invites her to play. He introduces her to his friends, but as she is not used to associating with diverse species, she is afraid of them.
Already seen ?
I love 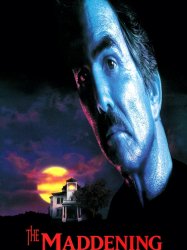 A young couple, Cassie and David Osborne, have an intense argument as he spends too much time on business trips. The next morning, after David goes to work, Cassie takes their five-year-old daughter Samantha to stay with her sister, Joanne, for a few days.
Already seen ?
I love 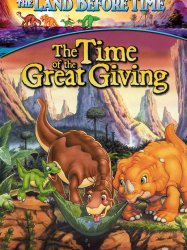 One day, a shower of flying rocks impacts near the Great Valley and causes a rock slide in the Mysterious Beyond, which blocks the water supply of the Great Valley. The increasing lack of water causes conflicts between the inhabitants of the Great Valley, who have lived in relative peace and harmony until this event.
Already seen ?
I love 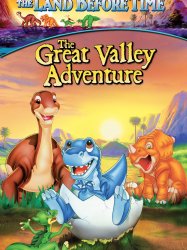 Littlefoot and his friends have recently arrived in the Great Valley. The children are living happily in their new home, under their families' watchful eyes. When the gang tries to get to the sheltering grass to play, but land in the sinking sand surrounding it, the grownups come and save them and chastise them for disobeying the rules: "don't cross the sinking sand without help." Cera then tells the others that they need to prove they are independent by running away for a while into the Mysterious Beyond, a location just outside the valley. Before they leave, they notice two egg nappers stealing an egg from Ducky's nest. They chase them into the Beyond, during which a landslide occurs. The egg rolls safely back to the nest, but the five are under the impression that it was destroyed in the landslide. This upsets Ducky until she notices what looks like the egg, only slightly larger.
Already seen ?
I love 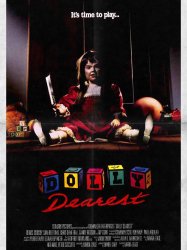 An American family's father, Elliot Wade, recently became the new owner of the Dolly Dearest factory in Mexico. Not so long ago, nearby the factory, lies an entrance to the tomb of Sanzia (meaning Satan on Earth) that is believed to be from a Mayan Cult. An archaeologist fascinated by the discovery ends up dead by attempting to break inside. He not only got himself killed from fallen debris, but released an evil spirit that has been trapped within for hundreds of years. The evil spirit then finds refuge inside many dolls within the factory. The death of the archaeologist does not cease the plan of the opening doll factory. Upon the Wade's arrival from Los Angeles, they meet their solicitor, Estrella, and escorts them to their new beautiful home.
Already seen ?
I love 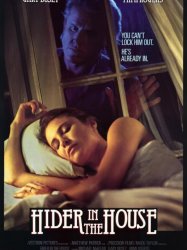 A recently released psychiatric patient named Tom Sykes creates a home for himself in the attic of the Dreyer family's newly built house. He uses electronic devices to spy on them. The Dreyer's beloved dog Rudolph is murdered by Tom in an attempt to defend his family from the titular hider. After that, Tom really begins to get down to the business. He starts to focus his attention on the mom, Julie, going so far as to watch her skinny dip in the pool. He interferes secretly in the relationship between Julie and her husband, Phil, planting bogus evidence of secret love affairs. He befriends the Sykes' son Neal and teaches him fighting techniques. After two explosive arguments, Phil leaves the house and moves into a hotel. Seeing this as an opportunity, Sykes pretends to be a visitor who lives on Willmington St. a couple of blocks over. His attempt to insinuate himself into their lives works at first, although the creepy neighbor (and huge Philly fan) Gene is the only one who distrusts him. Sykes murders two people who had accidentally discovered his bizarre goings-on and finally Julie becomes sufficiently suspicious to reject his advances. Tom loses it, and he tries to kill Julie. Phil shows up and is severely injured defending her while Julie gets a gun and shoots Tom in the chest. This does not kill him, and Tom gets up and tries to kill both Julie and himself, but the cops (summoned by the nice but still weird Gene) shoot Tom dead from the doorway.
Already seen ?
I love 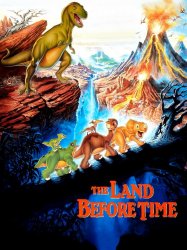 Near the end of the Cretaceous, a series of catastrophic events are causing intense drought, and several herds of dinosaurs seek one of the last livable places, a paradise known as the "Great Valley." Among these, a diminished "Longneck" herd gives birth to a single baby, named Littlefoot (Gabriel Damon). Years later, Littlefoot plays with Cera (Candace Hutson), a "Three-horn," who was trying to smash a beetle until her father (Burke Bynes) intervenes; whereupon Littlefoot's mother (Helen Shaver) names the different kinds of dinosaurs: "Three-horns," "Spiketails," "Swimmers," and "Flyers," and states that each has historically remained apart. That night, as Littlefoot follows a "hopper," he encounters Cera again, and they play together briefly until a "Sharptooth" appears. He attacks them, before Littlefoot's mother comes to their rescue. During the fight, she suffers severe back and neck injuries from the Sharptooth's teeth and claws. At that same time, an "earthshake" opens a deep ravine that swallows up the Sharptooth and divides Littlefoot and Cera from their herds. Littlefoot finds his dying mother, and receives her final words of advice in favor of his intuition.