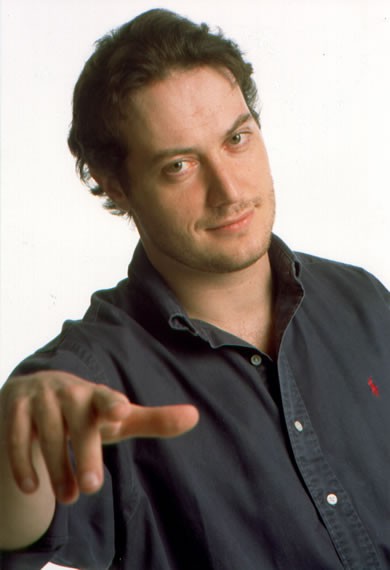 Nationality Italie
Birth 17 may 1965 (55 years) at Rome (Italie)
Corrado Guzzanti (born May 17, 1965) is an Italian actor, director, writer and satirist. He has been described as "the most interesting satirical author and actor today" and "among the comedians best loved by the Italian public."

Born in Rome, he is the son of journalist and Senator Paolo Guzzanti, great-nephew of former Minister of Health Elio Guzzanti, and brother of Sabina and Caterina, both also Italian television personalities and satirical actresses.

After beginning his career as writer for his sister Sabina, he debuted with roles for himself in Avanzi, hosted by Serena Dandini, with whom he collaborated in almost all his subsequent TV shows. These include Tunnel, Maddecheaò, Pippo Chennedy Show and L'ottavo nano.
In 2002 he realized as co-director, author and actor "Il Caso Scafroglia", a TV show representing a post-modern idea of psychodrama in the reality era.

He is famous for his corrosive imitations of Italian politicians and personalities: an incomplete list include Emilio Fede, Antonello Venditti, Francesco Rutelli, Romano Prodi, Fausto Bertinotti, Gianfranco Funari, Gianni Baget Bozzo, Giulio Tremonti and many others. He has also notoriously sent up Berlusconi's lauding of "freedom," which he and other critics of the Prime Minister view cynically, in a sketch in which he urinated on a couch.

Guzzanti has also created characters of his own, including avantgarde cinema director Rokko Smithersons (who appeared more like a leather-clad biker); Quelo, a comedic version of a new age guru with a number of catchphrases; Vulvia, the linkwoman of the Discovery Channel-like Re-Educational Channel; Lorenzo, a spoof of the "typical" late 1980s teenager, obsessed with Mtv, heavy metal, playing football and getting stoned; and the poet Brunello Robertetti, a satire of a typical Italian selfish and pseudo-profound intellectual. His latest character is Don Florestano Pizzarro, a powerful priest, in 2008.

In 2006 he debuted as movie director with Fascisti su Marte ("Fascists on Mars"), which features an anachronistic and heavily satirical plot about a group of Fascist militiamen attempting to colonize Mars (the red Bolshevik planet) during the Fascist era. 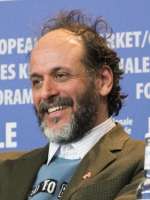 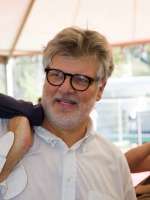 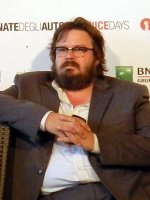 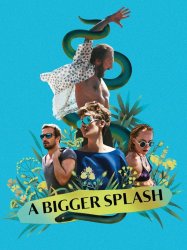 The lives of a high profile couple, Marianne Lane (Tilda Swinton) and Paul (Matthias Schoenaerts), a famous rock star and a filmmaker, vacationing and recovering on the idyllic sun-drenched and remote Italian island of Pantelleria, are disrupted by the unexpected visit of an old friend and his daughter (Ralph Fiennes and Dakota Johnson) - creating a whirlwind of jealousy, passion and, ultimately, danger for everyone involved.
Already seen ?
I love 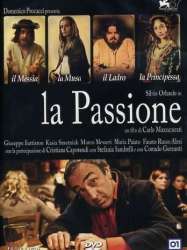 In a small village in Umbria, the film director Gianni is in deep creative crisis. He lives like a bum, no longer an idea to create a movie when its problems if there is another bigger than all the others. His home water pipe broke, flooding as a precious fresco of the church in the country. Gianni has two choices: pay the damage or finance and direct a sacred representation of the Passion of Christ. Since we do not have the money to pay for the damage to the fresco ancient, Gianni agrees to regain the Italian public by directing the sacred representation.