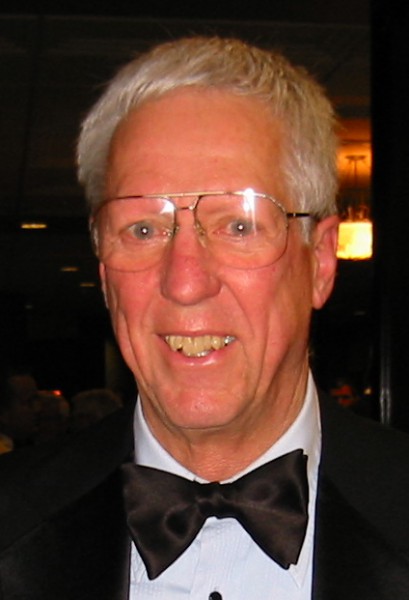 Birth name David Downs Hartman
Nationality USA
Birth 19 may 1935 (85 years) at Pawtucket (USA)
David Downs Hartman (born May 19, 1935) is an American journalist and media host who began his media career as an actor. He currently anchors and hosts documentary programs on cable TV's History and on PBS. Hartman is best known as the first host of ABC's Good Morning America, from 1975 to 1987. As an actor, he starred in the 1970s as a young resident, Dr. Paul Hunter, on The Bold Ones: The New Doctors and as a teacher in the series Lucas Tanner.

Hartman was married to Maureen Downey from 1974 until her death on September 17, 1997. In 2001, he married Mary Clark Putman, a widowed homemaker. He has four children from his first marriage. 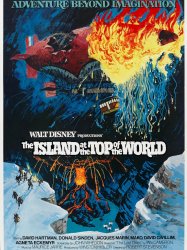 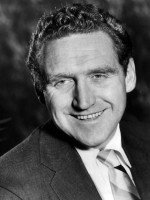 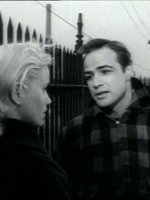 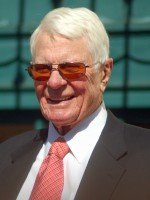 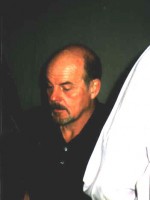 In London in the year 1907, a British aristocrat named Sir Anthony Ross (Donald Sinden) hastily arranges an expedition to the Arctic to search for his lost son Donald. Donald had become lost on a whaling expedition to find the fabled island where whales go to die.
Already seen ?
I love 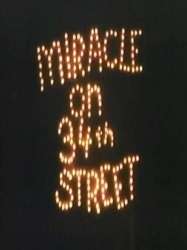 When an old man (Sebastian Cabot) spies the department store Santa Claus get drunk before taking part in the Macy's Thanksgiving parade, he immediately locates and complains to Karen Walker (Jane Alexander), the parade director. She promptly fires her Santa Claus and the old man, who turns out to be named Kris Kringle, volunteers to take his place for the sake of the children. Kris does so well during the parade that he is immediately hired to be the store's main Santa for the holiday period. At the same time, Karen's daughter, Susan (Suzanne Davidson), an intelligent but cynical six-year-old, meets her new neighbor, Bill Schafner (David Hartman), a lawyer, and decides to try and hook him up with her mother.
Already seen ?
I love 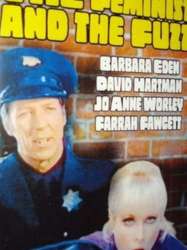 Dr. Jane Bowers (Barbara Eden) is a women's lib advocate who meets male chauvinist police officer Jerry Frazer (David Hartman) while engaging in a protest rally. Then, she is forced by a housing shortage to reach an unusual agreement with Jerry to share an apartment.
Already seen ?
I love 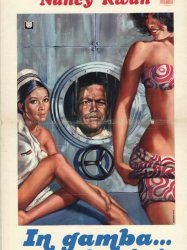 A US Navy submarine rescue ship's crew has taken a Buddha statue from a Japanese village as souvenir. If the theft is discovered, it would threaten Japanese/American relations. The protagonist is one of the ship's chief petty officers who tries to stay out of trouble with his tough captain, return the statue and woo a US Navy Nurse of Japanese-American descent.
Already seen ?
I love 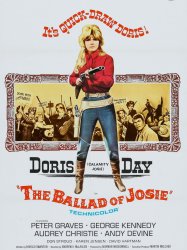 A young woman living in (fictional) Arapahoe County, Wyoming accidentally kills her very abusive husband. She is put on trial but acquitted. She then incurs the annoyance of her male neighbors by farming sheep instead of cattle and setting up a women's suffrage movement. 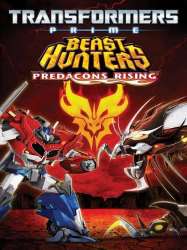 Not long after Megatron's demise and the restoration of Cybertron, the Autobots celebrate as Bumblebee is promoted to warrior class by Optimus Prime. The festivities end, however, when Optimus sets out on a journey to find the AllSpark, the source of new life on Cybertron, and takes Wheeljack with him to find it so that new Transformers can come into being. Ultra Magnus is left in charge in Prime's absence to hunt down the missing Starscream, Shockwave, and Predaking with the other Autobots. Meanwhile on Earth, at the bottom of the ocean, Megatron's consciousness is reawakened by Unicron, who seeks to destroy his arch-enemy Primus, the very core of Cybertron, and requires Megatron's body to do so. Unicron reformats Megatron into a body with new upgrades before heading to Cybertron. In the meantime, Ultra Magnus and Smokescreen continue to search for the fugitive Decepticons in the Sea of Rust, but are soon attacked by the Predacons Skylynx and Darksteel. After a brutal fight, Magnus is severely damaged and Smokescreen barely makes it through the space bridge with him. The damage is so critical that the Autobots are forced to call in Ratchet from Earth for assistance while the Autobots deduce that the two new Predacons must be creations of Shockwave. Meanwhile, Starscream and Shockwave are revealed to have restarted "Project: Predacon" and plan to create an army with Skylynx and Darksteel being their first creations.