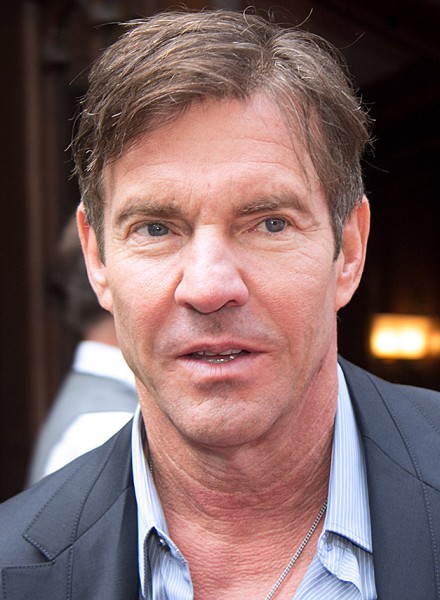 Quaid has been married three times and has three children.

Quaid dated model Shanna Moakler in 2001. They were together when she was approached by Playboy, and they discussed it before she posed nude in the magazine, which she publicly announced in W magazine as "embarrassing." The relationship lasted for eight months.

On November 18, 2007, hospital staff mistakenly gave Quaid's ten-day-old twins a dosage of heparin 1,000 times the common dosage for infants. Their attorney said the newborns will "be fine now," but Quaid filed a lawsuit against the drug manufacturer, Baxter Healthcare, claiming that packaging for the two doses of heparin are not different enough. In May 2008, the Quaids testified before the United States House Committee on Oversight and Government Reform, asking U.S. Congress not to preempt the right to sue drug manufacturers for negligence under state law.

Buffington filed for divorce from Quaid in March 2012. According to the divorce petition, the marriage had "become insupportable because of discord or conflict of personalities." Buffington's attorney then withdrew the divorce papers on April 26, 2012. In the summer of 2012, Quaid and Buffington moved to California. In October 2012, Quaid and Buffington again decided to separate, and Buffington filed for legal separation, seeking joint legal and sole physical custody of the twins. After waiting to establish the required six months of residency in California, Quaid filed for divorce on November 30, 2012, asking for joint legal and physical custody of the children and offering to pay spousal support to Buffington. They have since reconciled and the divorce was dismissed with prejudice in the spring of 2013.


Interests
Quaid was raised in the Baptist faith.

In addition to acting, Quaid is a musician and plays with his band, the Sharks. He wrote and performed the song 'Closer To You' in the film "The Big Easy" (1987). Quaid also has a pilot's license and owned a Cessna Citation, he also is a five-handicap golfer. In 2005, he was named as the top golfer among the "Hollywood set" by Golf Digest.

Quaid is an avid fan of the Houston Astros, and after their 2005 National League Championship winning season, he narrated their commemorating DVD release.

After the filming of The Express: The Ernie Davis Story, Quaid went to Cleveland Browns Stadium to dedicate Davis's jersey.


Substance use
There have been extensive stories about Quaid's past abuse of cocaine. In a candid 2002 interview with Larry King on his talk show, after King asked about his motives for using drugs, Quaid responded,


Well, you got to put it in context. Back in the late '60s, early '70s. That was back during the time where, you know, drugs were going to expand our minds and everybody was experimenting and everything. We were really getting high, we didn't know it. And cocaine at that time was considered harmless. You know. I remember magazine articles in 'People' Magazine of doctors saying, it is not addicting. It is just—alcohol is worse. So I think we all fell into that. But that's not the way it was.

When asked if he believed he had ever been addicted to the drugs, he responded,


It was a gradual thing. But it got to the point where I couldn't have any fun unless I had it. Which is a bad place to be." Later in the interview he said, "But I saw myself being dead in about five years if I didn't stop.

In April 2011, while promoting his film, Soul Surfer, Quaid was very candid when it came to questions regarding his past drug abuse. He blamed his sudden thrust into the Hollywood scene for his trouble with cocaine. He said,


Coming from where I came from - lower-middle-class life, from Houston into Hollywood - and all of a sudden this success starts happening to you, I just didn't know how to handle that." Quaid also made bold accusations about the American film industry in the 1970s, claiming, "Cocaine was even in the budgets of movies, thinly disguised.... It was petty cash, you know? It was supplied, basically, on movie sets because everyone was doing it." On his addiction, Quaid said, "I'd wake up, snort a line, and swear I wasn't going to do it again that day ... but then four o'clock rolled around, and I'd be right back down the same road like a little squirrel on one of those treadmills.

In October 2009, Quaid narrowly avoided being arrested for DUI, when a police officer managed to persuade him to get out of his car and get a cab. 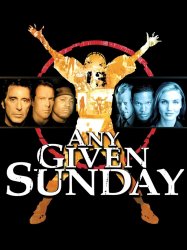 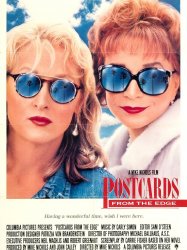 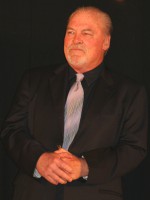 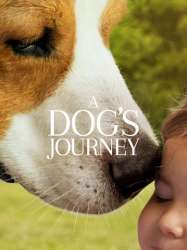 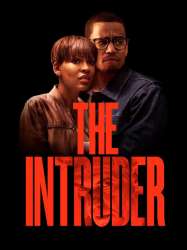 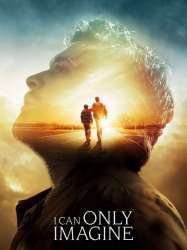 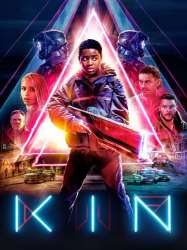 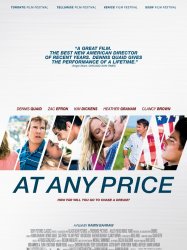 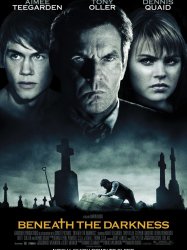 Ely Vaughn is a beloved native of a small Texas town with a dark secret. Formerly the star quarterback, now he's the local mortician. When Ely discovers that his wife Rosemary is cheating on him with the high school English teacher's husband, David Moore, he makes sure they can't do it again. First, he kills Rosemary, but he does not bury her body. Instead, he hides it in his house and dances with the body each night, as though she’s still alive. Second, he chases down her lover while he's out jogging at night and buries him alive in Rosemary's empty grave.
Already seen ?
I love 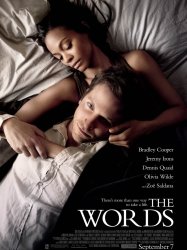 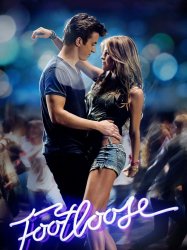 After a long night of partying, Bobby Moore and four of his friends drive over a bridge and crash into a truck. His father, Shaw Moore (Dennis Quaid), the reverend of the church of the small Southern United States town of Bomont, Georgia, persuades the city council to pass several paternalistic laws, including a ban on all unsupervised dancing within the city limits.
Results 1 to 15 of 80
123456Next page >