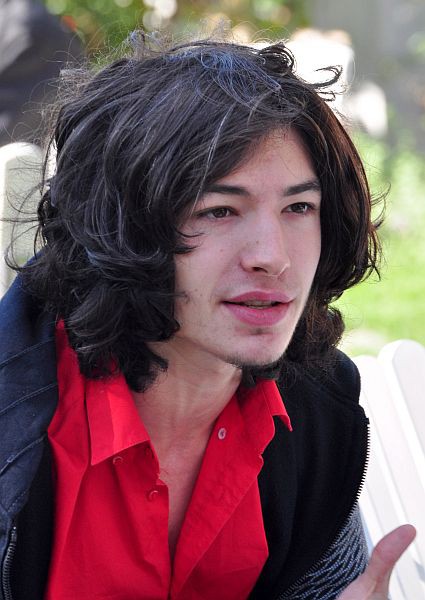 Birth name Ezra Matthew Miller
Nationality USA
Birth 30 september 1992 (29 years) at Wyckoff (USA)
Ezra Matthew Miller (born September 30, 1992) is an American actor, singer, musician and model. known for his roles as Vincent "Vinnie" Rizzo, Jr., in City Island (2009), Elliot Hellman in Another Happy Day (2011), and the title character of We Need to Talk About Kevin (2011). He starred in the teen drama The Perks of Being a Wallflower (2012), with Logan Lerman and Emma Watson, and played Léon Dupuis in Sophie Barthes' adaptation of the Gustave Flaubert novel Madame Bovary. Warner Bros. has announced that he will star as the lead in a live-action film adaptation of the DC Comics character The Flash set to be released in 2018.

Miller has described himself as queer, specifying: "The way I would choose to identify myself wouldn’t be gay. I’ve been attracted mostly to ‘shes’ but I’ve been with many people and I’m open to love wherever it can be"; and that he has "a lot of really wonderful friends who are of very different sexes and genders. I am very much in love with no one in particular".

On June 28, 2011, in Pittsburgh, Pennsylvania, where he was shooting The Perks of Being a Wallflower, Miller was a passenger in a vehicle that was pulled over for a broken brake light, and police discovered that he had 20 grams of marijuana in his possession. He was initially charged with drug possession, but the charge was later dropped by a judge. Instead of these charges, Miller faced a penalty of $600 for two citations of disorderly conduct. Miller later commented: "I don't feel like there's any need to hide the fact that I smoke pot. It's a harmless herbal substance that increases sensory appreciation." 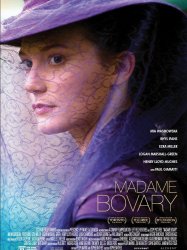 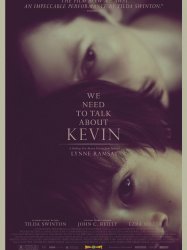 The story is told out of order, in flashbacks and mostly short scenes. Kevin Khatchadourian (Ezra Miller) is in prison after committing a massacre at his high school. His mother, Eva (Swinton), a once-successful travel writer, lives alone in a run-down house and works in a mall travel agency in a town near the prison, where she visits Kevin. She looks back at her memories of him growing up as she tries to cope with the anger and hostility of her neighbors, who know she is Kevin's mother. Her memories are shown in flashbacks.
Already seen ?
I love