Born in Aarhus, Denmark, on 18 April 1918, Axel spent most of his childhood in Paris in a wealthy Danish manufacturer's family.

In 1935, at age 17 after the family's economic collapse, he moved to Denmark and trained as a cabinet maker. In 1942, Axel was admitted to the acting school at the Royal Danish Theatre in Copenhagen. After graduating in 1945, he returned to France where he spent five years on stage in Paris, including at the Théâtre de l'Athénée under theatre director Louis Jouvet. During the winter of 1948-1949 he produced Ludvig Holberg's Diderich Menschenskraek (Diderich the Terrible) at Théâtre de Paris.

Axel returned to Denmark in 1950, and broke through as a stage director in the early 1950s. His productions included La tête des autres (Other People's Heads) by Marcel Aymé, Le Cid by Pierre Corneille, and Pour Lucrèce by Jean Giraudoux. Axel started directing for television in 1951, and, from 1951–1968, did some 48 television dramas.

From 1955, Axel was a director at Nordisk Film. His debut feature, the social-realist drama Nothing But Trouble (1955), was highly praised, and the breakthrough came with the TV film A Woman Not Wanted in 1957.

He went on to direct a string of lighter comedies and farces before making the epic Nordic saga The Red Mantle in 1967, which was selected for Cannes Film Festival competition and won a Technical Prize (Mention spéciale du grand prix technique) at the 1967 Cannes Film Festival. His other films include the popular comedy The Goldcabbage Family (1975) and its sequel, and a series of sexually oriented features including the campaigning Det kære legetøj (1968) which advocated the legalisation of pornography in Denmark.

With some 16 feature films to his credits Axel returned to France in 1977, where he directed several large projects for French television, culminating in 1985 with a historical five-episode series, Les Colonnes du ciel (Heaven's Pillars).

In 1987, Axel returned to Denmark to direct what had been his dream project for over 15 years, and is considered his masterpiece, an adaptation of Karen Blixen's Babette's Feast. After screening at the Cannes Film Festival, the film won the Academy Award for Best Foreign Language Film at the 60th Academy Awards among others.

His next films, the youth drama Christian (1989), the historical drama Prince of Jutland (1994), after the legend of Prince Amleth, and starring Helen Mirren, Gabriel Byrne, and Christian Bale, and Leïla (2001), a love story set in Morocco, failed to achieve the same international resonance.

Alongside his directing career, Axel acted in a dozen Danish films, mostly in colourful supporting roles in popular comedies in the 1950s and 60s. He played the lead as the elegant charlatan Marcel de Sade in The Reluctant Sadist (1967).

Axel in 1995, was made a Knight of the French National Order of Merit, in 2000 Commander of the Ordre des Arts et des Lettres, and in 2003 was made Officer of the Legion of Honour. In 2003, Axel received a Lifetime Achievement Award at the Copenhagen International Film Festival. In 2012 he received the Rungstedlund Award. 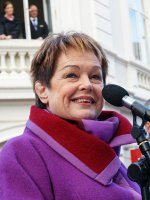 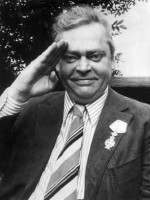 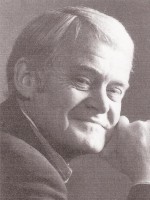 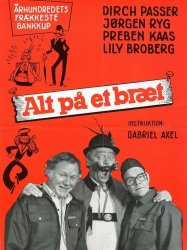 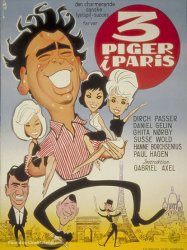 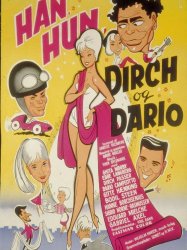 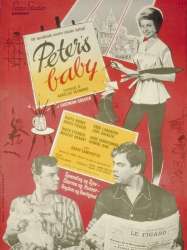 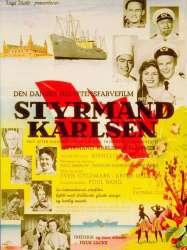 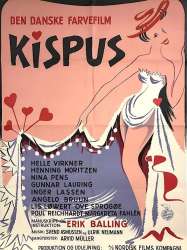 The eccentric fashion designer Mr. Marcel gives his newly designed gown to the common working-class seamstress, Eva, when he sees how well it fits her. He then bets the actress who originally ordered the gown that if Eva wears his creation to an upcoming movie premiere, she will be accepted as a high-society woman. He is right and Eva attracts the young aristocrat Jakob. Eva fears that Jakob will discover her lowly background, but Jakob himself is a fraud. He is only a poor student who works as a chauffeur and sells his books to take her out. After numerous misunderstandings and complications, love wins out over snobbery and fraud.
Already seen ?
I love 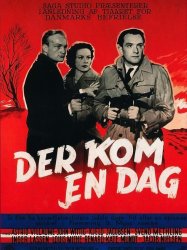 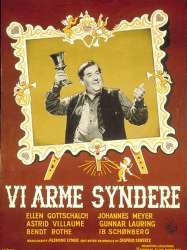 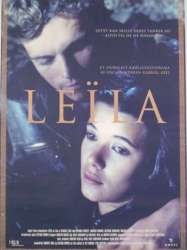 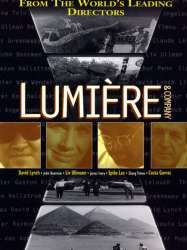 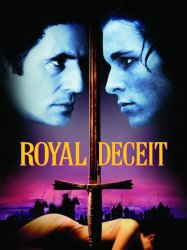 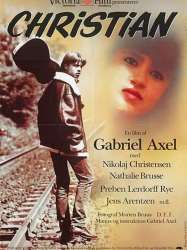 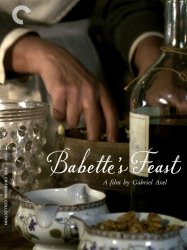 The elderly and pious Protestant sisters Martine (Birgitte Federspiel) and Philippa (Bodil Kjer) live in a small village on the remote western coast of Jutland in 19th-century Denmark. Their father was a pastor who founded his own Pietistic conventicle. With their father now dead and the austere sect drawing no new converts, the aging sisters preside over a dwindling congregation of white-haired believers.
Already seen ?
I love 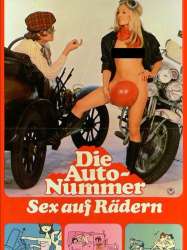