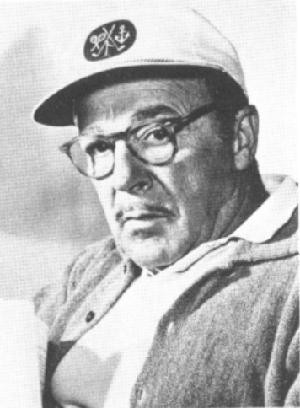 Birth name Gordon Douglas Brickner
Nationality USA
Birth 15 december 1907 at New York City (USA)
Death 29 september 1993 (at 85 years) at Los Angeles (USA)
Gordon Douglas (December 15, 1907 – September 29, 1993) was an American film director, who directed many different genres of films over the course of a five-decade career in motion pictures. He was a native of New York City.

Hal Roach and Our Gang
Born Gordon Douglas Brickner, he began his career as a child actor. As a teenager he worked at the Hal Roach Studios, working in the office and appearing in bit parts in various Hal Roach films. He made walk-on appearances in at least three Our Gang shorts: Teacher’s Pet, Big Ears and Birthday Blues. By 1934 Douglas was assistant to director Gus Meins, and served as assistant director on Stan Laurel and Oliver Hardy’s 1934 film Babes in Toyland, and on the Our Gang comedies made between 1934 and mid-1936.

Beginning with Bored of Education in 1936, Our Gang moved from two-reel (20-minute) comedies to one-reel (10-minute) comedies, and Douglas became the senior director of the series. Bored of Education won the 1936 Academy Award for Live Action Short Film, and was the only Our Gang entry ever honored with the award. Douglas remained with the series as director for two years. His Our Gang shorts, featuring Spanky, Alfalfa, Darla, Porky, Buckwheat, Waldo, Butch and Woim, are the most familiar in the series’ 22-year canon.

Roach sold the Our Gang unit to Metro-Goldwyn-Mayer in May 1938. Douglas directed two MGM Our Gangs on loan from Roach before deciding that he could not get used to the more industrialized atmosphere at the larger studio. Returning to his home studio, Douglas directed Zenobia with Oliver Hardy and Harry Langdon, Saps at Sea with Laurel and Hardy, and All-American Co-Ed with former Our Gang member Johnny Downs.


Later years
Douglas' last picture for Roach was the Nazi satire The Devil with Hitler (1942). He might have stayed with Roach indefinitely, but Roach turned his studio over to the U.S. Army for the production of wartime training films. Douglas moved on to RKO Radio Pictures, where he directed low-budget entries in the studio's series featuring The Great Gildersleeve, Brown and Carney, The Falcon and Dick Tracy. He was sometimes billed as Gordon M. Douglas.

He migrated from RKO to Columbia Pictures in 1948, and then to Warner Bros. in 1950. At Warners Douglas directed a number of notable films, including the studio's contribution to the anti-Communist campaign, I Was a Communist for the FBI (1951), the 3-D western Charge at Feather River (1953), Liberace's box office failure Sincerely Yours (1955) and the 1954 sci-fi classic Them!. His three low-budget westerns starring Clint Walker -- Fort Dobbs (1958), Yellowstone Kelly (1959) and Gold of the Seven Saints (1961, from a screenplay by Leigh Brackett originally commissioned by Howard Hawks) -- have been compared to Budd Boetticher's contemporary minimalist westerns with Randolph Scott. Later films for other studios included Bob Hope's Call Me Bwana, Frank Sinatra's The Detective, Sidney Poitier's They Call Me Mister Tibbs! and Elvis Presley's Follow That Dream. Douglas returned to Warner Bros. for his final film, 1977's Viva Knievel! in which the stuntman Evel Knievel played himself in a fanciful biography.

Reportedly, Douglas was the only person to ever direct both Elvis and Sinatra on film.


I have a large family to feed, and it's only occasionally that I find a story that interests me."

Death
Gordon Douglas died of cancer on September 29, 1993 in Los Angeles, California, at the age of 85. He was survived by his wife Julia Mack Douglas, son Gary Douglas, daughter Cathie Graham, and a grandson. 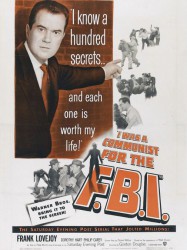 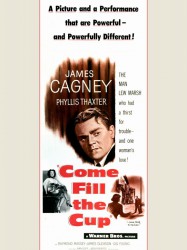 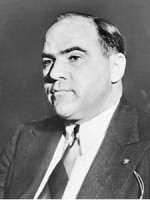 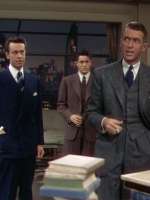 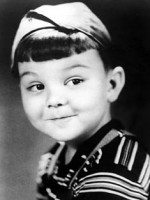 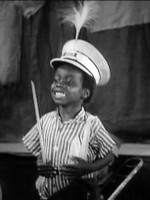 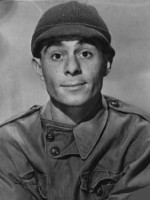 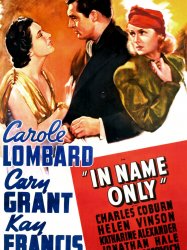 Alec Walker (Cary Grant) puts up with a loveless marriage to Maida (Kay Francis) until he meets widow Julie Eden (Carole Lombard). They fall in love and he asks his wife for a divorce. She refuses; as she goes on to tell him, she married him solely for his social position and wealth and won't give them up. She is such a skillful liar that she has Alec's parents (Charles Coburn, Nella Walker) convinced that Julie is out to destroy the marriage.
Already seen ?
I love 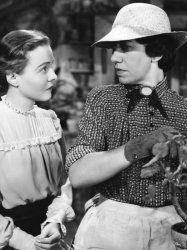 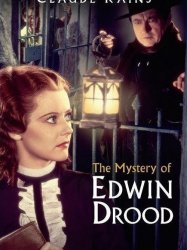 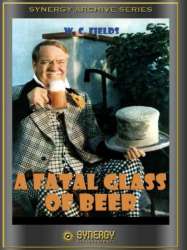 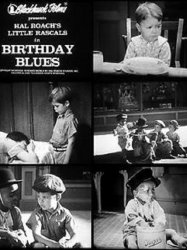 When their pennypinching father refuses to buy a birthday gift for their long-suffering mother, brothers Dickie and Spanky decide to purchase a gift for Mom on their own. Unfortunately, the "late 1922 model" dress they have selected is beyond their price range (a daunting $1.98); thus, acting upon the advice of Stymie, Dickie and Spanky decide to bake a cake with hidden prizes, then auction off the cake at ten cents a slice.
Already seen ?
I love 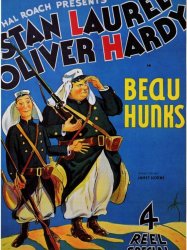 Stan Laurel and Oliver Hardy join the French Foreign Legion after Ollie's sweetheart Jeanie-Weenie (only ever seen as a photograph) rejects him, as it is the only place where Ollie can forget her. When they arrive at the barracks in French Algeria, they discover that not only are the other soldiers trying to forget lost loves, their lost loves all happen to be the one and the same woman Ollie is trying to forget: Jeanie-Weenie!
Already seen ?
I love 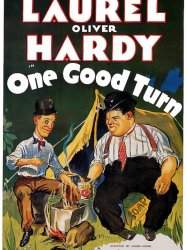 Stan and Ollie are suffering during the Great Depression and begging for food. A friendly old lady provides them with some sandwiches. Enjoying their meal they hear that the old lady will be thrown out of her house because she is robbed and cannot pay her mortgage. They don't know that the old lady is rehearsing a play. Stan and Ollie decide to repay the old lady by selling their car. During the auction a drunken man (Billy Gilbert) puts a wallet in Stan's pocket. Ollie accuses Stan of having robbed the old lady but when they return to the old lady's place they hear the truth. Stan takes revenge on Ollie.
Already seen ?
I love 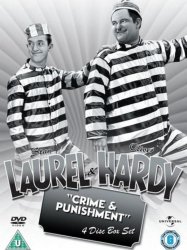 ZaSu and Thelma are two young women at home complaining about all of the dates they have been on. In every case they have been taken to Coney Island. The next day they are walking in the street when a car goes by and they are splashed with mud and water. The driver stops and offers to buy them some new clothes. They accept the offer and later agree to go on a date. The date happens to be at Coney Island once again. The date doesn't go very well and they are glad to go home.
Already seen ?
I love 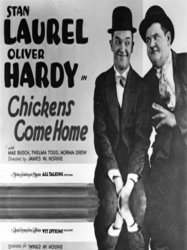 Fertilizer dealer and mayoral candidate Ollie is confronted by an old flame (Mae Busch) at his office, threatening to publish an old photograph of the woman and Ollie riding piggyback on the beach if she is not paid off. Ollie agrees to meet her that evening to make a settlement, but Mrs. Hardy (Thelma Todd) arrives to remind him of a dinner party taking place at that same moment. Ollie recruits employee Stan to go to the woman's apartment while Ollie attends the party, a maneuver which does not please the woman, who demands Ollie's telephone number, touching off a variety of misunderstandings and suspicions of unfaithfulness between the boys, their wives, Ollie's butler and Mrs. Laurel's gossipy friend.
Already seen ?
I love 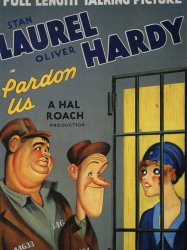 During Prohibition, beer barons Laurel and Hardy are sent to prison for concocting their own home brew. They are put in a cell with "Tiger" Long, the roughest, toughest and meanest of all inmates. Stan has a loose tooth that causes him to emit a razzberry at the end of every sentence; the inmate interprets this as a coolly defiant attitude and is impressed — nobody else ever stood up to him like that. He and Stan and Ollie become fast friends.
Already seen ?
I love 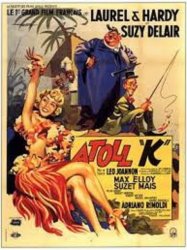 Carton d'introduction : « Mr. Hardy holds that every husband should tell his wife the whole truth... Mr. Laurel is crazy too ! »
Already seen ?
I love 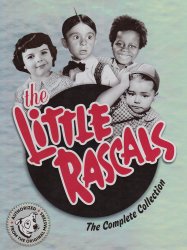 Wheezer's mother and father continue to fight in an unconvincing and thoroughly hammy fashion over many different silly things, such as the coffee being too cold or the toast being burned. Wheezer overhears his father telling his mother that he is getting her a divorce. Not knowing what a divorce is, Wheezer tells Stymie, Dorothy, and Sherwood. They speculate on what a divorce means, at one point deciding it might be something good. Then Donald tells the gang what a divorce is, and people start sobbing. He even tells Wheezer that he will have no father anymore. His mother might either remarry and give him a stepfather and states that his step father beats him regularly. He also says that maybe his mother will throw him into an orphanage and not want him anymore.
Already seen ?
I love 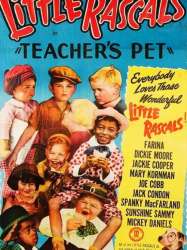 It is the first day of school, and the gang is less-than-happy about it. Their beloved teacher, Miss McGillicuddy, got married, and now the kids will have a new teacher for the upcoming school year. The kids know not what the new teacher will look like, only her name, a rather pungent moniker of "Miss Crabtree". They imagine this "Miss Crabtree" to be a dried-up old hag, and concoct a plan to disrupt the class with items such as a white mouse, red ants, and sneezing powder. Then, the kids are to have their younger siblings — Wheezer, Dorothy, and Hercules — come in and tell Miss Crabtree that they need to be excused to go home ..."and then, we're all goin' swimmin'!" 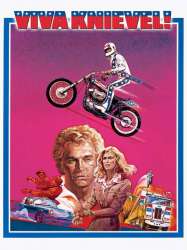