Nationality USA
Birth 24 august 2000 at Los Angeles (USA)
Death 24 august 2000 (at 0 years)
Griffin Gluck (born August 24, 2000) is an American television and film actor. He is notable for his recurring roles of Mason Warner on Private Practice and leading roles as Danny Gannon in Back in the Game and as Charlie in Red Band Society. 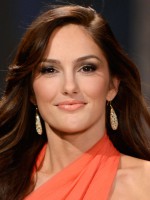 Danny Maccabee (Adam Sandler) leaves his wedding right before the ceremony is about to begin after learning that his fiancee is cheating on him, and was only marrying because he was going to be a doctor and provide her with a comfortable lifestyle. He goes to drink alone at a bar, where a young, beautiful woman (Minka Kelly) walks in. She sees that Danny has a wedding ring on his hand, and asks him about his wife. Instead of telling the truth, he makes up a story about how she recently left him for someone else, and the woman from the bar ends up sleeping with him.