On June 20, 2013 she gave birth to her daughter, Savanna June, with professional football player DeMarco Murray. They got married on June 20, 2015 and announced they were expecting their second child. Heidi Mueller is still close friends with actor Jesse Metcalfe, her fellow Passions cast member. 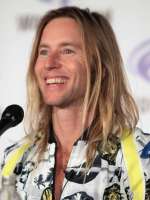 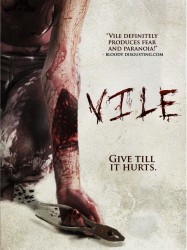 The film starts with a man on an operating table. A surgeon comes in and tortures him by cutting into his chest then pouring salt in his wound. The scene shifts to four friends, Taylor, Tony, Kai, and Nick, on a camping trip. On their way home, they stop at a gas station where an alluring stranger named Diane asks for a ride to her truck, which has run out of gas. Nick agrees, but his girlfriend Taylor is suspicious. Nick drops her off at her truck, and Diane offers to get the girls some of her perfume samples in gratitude. Diane then returns, wearing a gas mask and knocks everyone out with sleeping gas. The friends awaken to find themselves trapped in a house with a dozen other people, one of whom has already gone and ripped off Kai's nail. After a brief fight, Nick and Tony calm down and learn they have all been captured and the doors are locked. Everyone has a gadget inserted into his or her neck and they watch a video from a projector of a woman telling them they have 22 hours to escape. By doing so they must inflict harm on each other using the weapons they've been supplied with.