Edmond was born Jerome Trevor Edmond in Encino, California. Edmond's recent role in television is appearing in Pacific Palisades taking the role of Michael Kerris. Edmond has also made appearances in Beverly Hills, 90210, CBS Schoolbreak Special, ABC Afterschool Special, Dead at 21, The Good Life, Silk Stalkings, Matlock, and Alien Nation. Also Edmond has made appearances in films such as Meatballs 4, Return of the Living Dead 3, Where Are My Children?, Pumpkinhead II: Blood Wings, and Guinevere. 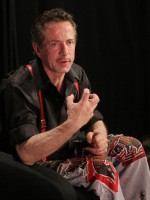 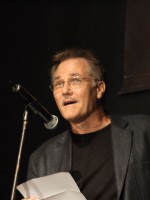 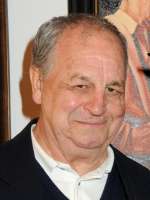 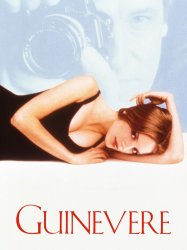 Sarah Polley plays Harper Sloane, a misfit in her snobbish and upperclass family, who has just gotten accepted to Harvard. At her sister's wedding, after being sent out from her hiding place in the storage room with a bottle of champagne, she meets Connie Fitzpatrick (Rea), a bohemian photographer who takes an instant liking to her and nicknames her "Guinevere". Her visit to his flat in order to pick up the wedding photographs soon blossoms into a full-blown affair, and Harper eventually moves in with Connie as he instructs her in the ways of art, in particular photography.
Already seen ?
I love 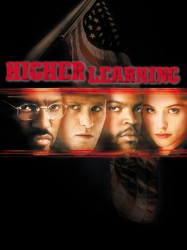 At Columbus University, a fictitious college in southern California, we first see Malik Williams (Omar Epps), a black man, Kristen Connor (Kristy Swanson), a white woman, and Remy (Michael Rapaport), another white man, at the opening freshman pep rally and as they are decorating their rooms. Malik and Kristen meet in the elevator, with the nervous Kristen shielding her purse and Malik seeing this and resenting it. There is a montage of each putting up pictures and posters in their rooms. Track star Malik goes to his first practice unprepared, and is chastised severely by the coach.
Already seen ?
I love 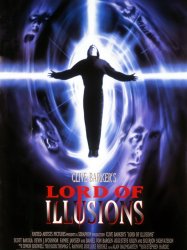 In the Mojave Desert in 1982, a man named Nix (von Bargen) has gathered a cult in an isolated house. Nix calls himself "The Puritan" and has the ability to use real magic. He plans to sacrifice a young girl that he has kidnapped. While Nix is preaching to his followers, a group of former cult members –Swann (O'Connor), Pimm (Traylor), Quaid (Latimore) and Jennifer Desiderio (Tousey)– arrive to stop him. After the initial confrontation with the cultists, Nix's assistant Butterfield escapes and Swann is attacked by Nix. Nix uses his powers, inducing in Swann the vision of “Flesh with a God's Eyes", causing him to see his friends as monstrous figures. The kidnapped girl shoots Nix through the heart with Swann's gun. Quaid and Jennifer shoot him until he falls. Swann snaps out of his vision and fastens an ironwork mask over Nix's head, who appears to die. Swann declares that they will bury Nix so deep that no one will ever find him.
Already seen ?
I love 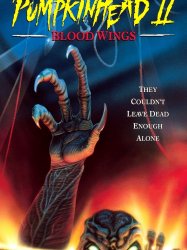 In 1958 in Ferren Woods, a small backwater town, an old blind witch, Ms. Osie, feeds a deformed orphan named Tommy; he is the offspring of Pumpkinhead. As Tommy eats, a car of six teens pull up and notice him. Convinced that he is some demonic monster, they chase him with switchblade knives and baseball bats; eventually, they corner him at an old iron mine, where they bludgeon him and drop him down into the mine, killing him.
Already seen ?
I love 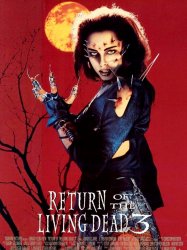 On December 9, 1993, when Curt Reynolds (J. Trevor Edmond) steals his father's security key card, he and his girlfriend, Julie Walker (Melinda Clarke), decide to explore the military base where his father works. Using the card, they sneak into a hangar and observe Curt's father, Col. John Reynolds (Kent McCord), Col. Peck (James T. Callahan) and Lt. Col. Sinclair (Sarah Douglas) overseeing an experiment with a corpse.
Already seen ?
I love 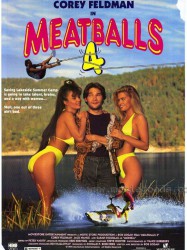 Ricky is the hottest water-ski instructor around and he has just been rehired by his former employer/camp to whip up attendance. However, the camp is in serious financial trouble and the owner of a rival, more popular, camp wants to buy them out. Thus, the two camps engage in a winner-take-all competition that will settle the rivalry once and for all.
Already seen ?
I love 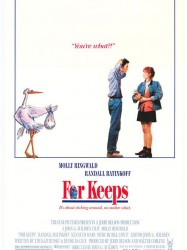 In Kenosha, Wisconsin, Ivy, editor at her high school paper, and her long-term boyfriend Seth are in their final year of high school and already have been accepted at good colleges; before Ivy goes to college to study journalism, she will go on a trip to Paris with her mother for her graduation present, while Seth will go to Caltech to study architecture. With the help of Ivy's best friend Laura, Ivy and Seth spend a weekend together, where they sleep together, and Ivy becomes pregnant. They announce the news at Thanksgiving, and neither Ivy's mother Denise, who was abandoned by her husband and brought up Ivy alone, nor Seth's Catholic parents are very supportive. Respectively, they urge the young couple to have an abortion or give up the baby for adoption. Ivy plans to have an abortion, but does not go through with it, much to Seth's relief.