The Hennessy twins were born in Edmonton, Alberta, of Irish, Italian, Swedish, French, and Ukrainian descent. Jacqueline has a doctorate in French Literature.

Prior to becoming a journalist, Hennessy dabbled in acting alongside her sister. In 1988, the two appeared as twin call girls in the David Cronenberg film, Dead Ringers. They also co-starred in a film written and co-directed by Jill entitled The Acting Class.

One of Hennessy's most visible performances was uncredited. In 1995, Jill Hennessy, who played Claire Kincaid on the NBC crime drama Law & Order, made a couple of crossover appearances as Kincaid on another series, Homicide: Life on the Street. During the filming of one of these crossovers, the production schedules of both shows overlapped. As a result, Jacqueline was recruited to play Kincaid in some courtroom scenes filmed for the Law & Order episode "Corpus Delicti", which aired in January 1996.

In 2008, Hennessy was hired to narrate W Network's and HGTV's Love it or List it. 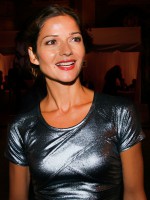 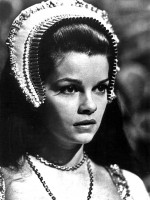 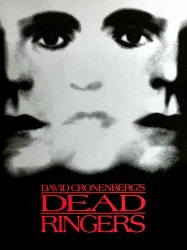 Elliot and Beverly Mantle are identical twins and gynecologists who jointly operate a highly successful clinical practice in Toronto that specializes in the treatment of female fertility problems. Elliot, the more confident and cynical of the two, seduces women who come to the Mantle Clinic. When he tires of them, the women are passed on to the shy and passive Beverly, while the women remain unaware of the substitution.