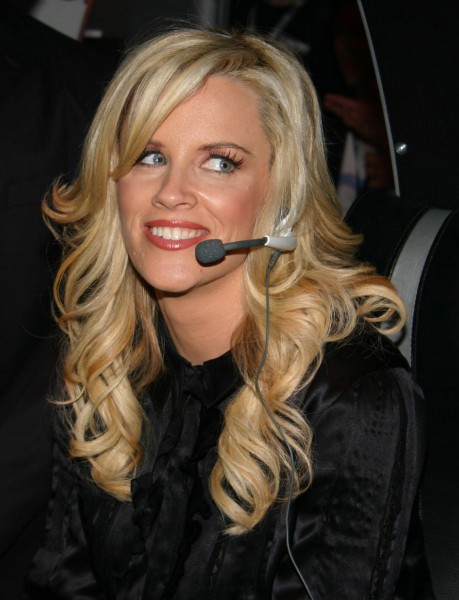 Birth name Jennifer Ann McCarthy
Nationality USA
Birth 1 november 1972 (50 years) at Chicago (USA)
Jennifer Ann "Jenny" McCarthy (born November 1, 1972) is an American model, television host, comedienne, actress, author, and anti-vaccine activist. She began her career in 1993 as a nude model for Playboy magazine and was later named their Playmate of the Year. McCarthy then parlayed her Playboy fame into a television and film acting career. She is a former co-host of the ABC talk show The View.

McCarthy has written books about parenting and has become an activist promoting research into environmental causes and alternative medical treatments for autism. She has claimed that vaccines cause autism and that chelation therapy helped cure her son of autism. Both claims are unsupported by medical consensus, and her son's autism diagnosis has been questioned. McCarthy has been described as "the nation's most prominent purveyor of anti-vaxxer ideology", but she has denied the charge, stating: "I am not anti-vaccine".

McCarthy dated manager Ray Manzella from 1994 until 1998 and began dating actor/director John Mallory Asher late in 1998. The couple became engaged in January 1999 and married on September 11 of that year. They have a son, Evan Joseph, born on May 18, 2002, who was diagnosed with autism on May 10, 2005. McCarthy and Asher divorced in September 2005.

In December 2005, McCarthy began dating actor Jim Carrey. They did not make their relationship public until June 2006. She announced on The Ellen DeGeneres Show on April 2, 2008 that she and Carrey were living together but had no plans to marry, as they did not need a "piece of paper". Carrey almost made a mock proposal to McCarthy as a promotion to the film Yes Man (2008) for Ellen's Twelve Days of Holidays. In April 2010, McCarthy and Carrey announced that they had split up.

In July 2013, McCarthy stated that she was dating Donnie Wahlberg. On April 16, 2014 McCarthy announced live on The View that she and Wahlberg were engaged, and they wed on August 31, 2014. 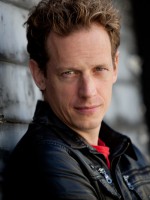 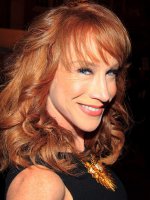 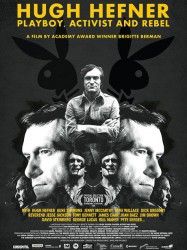 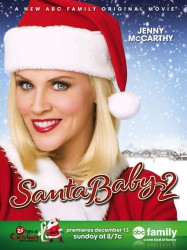 Santa's in the midst of a late-life crisis—he's tired of the responsibilities of the job and is ready to pass on the reins to his business-minded daughter Mary, who feels torn between the family business and running her own high stakes firm in New York City, along with balancing a relationship with the love of her life, Luke. The situation gets increasingly dire when Teri, an ambitious new arrival to the North Pole, sows dissension at the workshop in an effort to take over Christmas. However, it is revealed Teri is an elf, bitter at Mary and was trying to take over Christmas. But Mary manages to stop her and take care of the yearly rounds around the world.
Already seen ?
I love 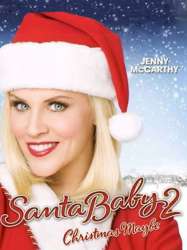 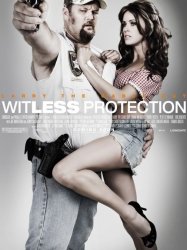 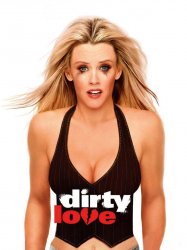 Rebecca (Jenny McCarthy), a struggling photographer, finds her model boyfriend Richard (Victor Webster) in bed with another woman. He also destroys all of her camera equipment. Her life falls apart, and she alternates between desire for revenge upon him, sexual promiscuity and abandonment of all hope of love.
Already seen ?
I love 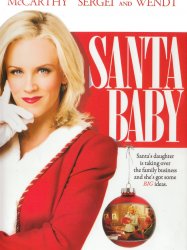 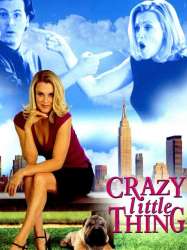 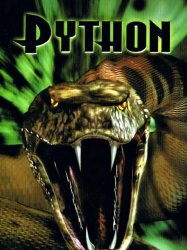 The crew of a plane gets nervous when the cargo it is carrying starts making noises and shifting. When one of the crew opens the crate, the pilot hears screams from the back. Something attacks him, causing the plane to crash near a town called Ruby. The cargo survives the crash and begins attacking Ruby citizens, starting with a lesbian couple camping in the woods.
Already seen ?
I love 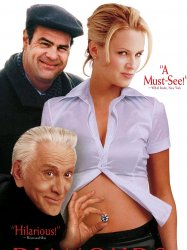 An elderly man and his estranged son search for treasure and try to repair their relationship in this bittersweet comedy. Harry Agensky (Kirk Douglas) is a one-time welterweight boxing champion who lives in Canada with his son Moses (Kurt Fuller). Harry's other son, Lance (Dan Aykroyd), feels that his father never really cared about his dreams and ambitions, and now Lance has little affection for his Dad. However, Lance's relationship with his teenage son Michael (Corbin Allred) is not faring much better. Lonely since the death of his wife and infirm due to a stroke, Harry wants to retire to a ranch in Northern Canada, but he can't afford the property. Lance invites Harry along for a skiing trip with Michael; Harry agrees, but at the last minute he talks them into going to Nevada instead. Harry claims he threw a fight years ago and was paid off in a cache of diamonds that he hid somewhere in Vegas; if he can find the gems, he'll be able to buy the ranch. Lance is dubious, but he gives in to Harry's determination and the three head for Nevada, hoping to find both the diamonds. On the way there, the men visit a local brothel run by madame Sin-Dee (Lauren Bacall), when Harry convinces the group, so that he can have sex for the first time in eight years.18-year-old grandson Michael gets his Dad to let him join so that he can lose his virginity. Following their quest for the hidden diamonds, both father and son learn a lesson about reconciliation and the price of growing older.
Already seen ?
I love 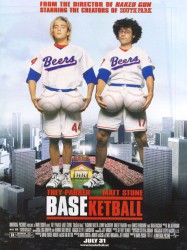 Coop (Trey Parker) and Remer (Matt Stone) are 23 and unemployed. They arrive uninvited at a party hosted by a former high school classmate of theirs. After finding out that their classmates have matured, Coop and Remer find themselves outside drinking beer and shooting hoops. Two former classmates challenge them to a game. The two see that their opponents are very good at basketball, so they say they will only play a new game they picked up "in the hood".
Results 1 to 15 of 19
12Next page >