He lives in Gamla stan, the medieval section of Stockholm. He was previously married to actress Cecilia Häll and they have a son together. For many years he lived with haute couture handbag designer Sunshine Cunningham-Cole (daughter of British fine artist and ceramist Carl Cunningham-Cole), but is now single.

He has a Britpop/Indie pop band named Nacissistic Street. They released the CD Soldier in Me in 2008.
The album was recorded before he made his big breakthrough as the medieval knight and had to postponed the album release due to massive Arn project. In December 2011 the band performed at the European premiere of David Fincher’s The Girl with the Dragon Tattoo.

His favorite play is Macbeth.

Nätterqvist has been very active raising money for UNICEF.

He is one of the founders of Actors Studio Stockholm, a two year drama academy. 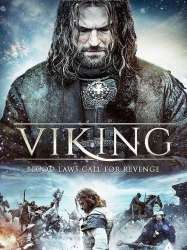 After the death of his father, the young Viking prince Vladimir of Novgorod, is forced into exile across the frozen sea to Sweden, after his brother Yaropolk has murdered his other brother Oleg during a diplomatic mission, and conquered the Viking settlement of the Kievan Rus federation.
Already seen ?
I love Mia, an up-and-coming architect, is about to marry Tim, her business partner. At the birthday party for her also newly engaged father, Lasse, she meets Frida, daughter of Lasse's fiancee, Elisabeth. Mia and Frida exchange many glances, portending mutual attraction.
Already seen ?
I love The plot of the film loosely follows the book of the same name – the third volume of the Crusades trilogy, spanning the period of about 1187 to 1205.
Already seen ?
I love Annika Bengtzon, an up-and-coming young reporter for Kvällspressens newspaper, is called to the scene of a possible terrorist attack on the new Olympic Arena, Victoria Stadium in Stockholm, where the northern part of the arena has been blown to pieces. The blast kills Christina Furhage, the Swedish Olympic ambassador, and Bengtzon soon finds out that the bombing may have been a personal attack against Furhage and not a terrorist attack. Soon more Olympic Arenas around Stockholm are attacked and there are more victims, just months away from the Summer Olympics. A bomber with a personal agenda is on the loose.
Already seen ?
I love Tsatsiki's girlfriend Maria suddenly brakes their relationship; she "doesn't believe something about love", and hates Tsatsiki's flowers because "krukväxter ger man bara till gamlingar" ("houseplants you should only give to old people").