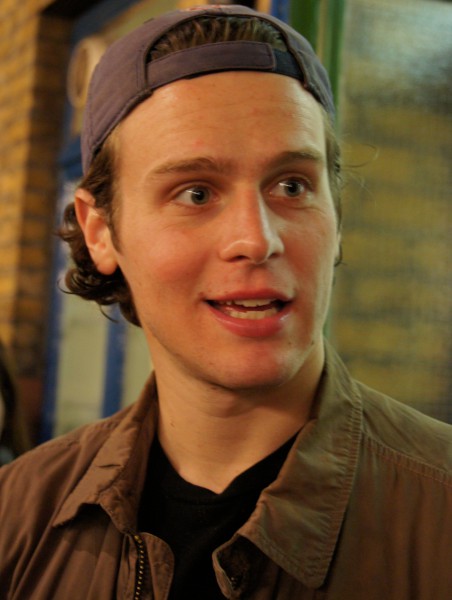 Birth name Jonathan Drew Groff
Nationality USA
Birth 26 march 1985 (36 years) at Lancaster (USA)
Jonathan Drew Groff (born March 26, 1985) is an American actor and singer. At the age of 22, Groff received a Tony Award nomination for his performance as Melchior Gabor in the Broadway rock musical Spring Awakening. He also portrayed the role of Claude in the critically acclaimed revival of Hair. Regularly seen on the off-Broadway stage, Groff has won an Obie Award for starring in two of Craig Lucas's plays, Prayer for My Enemy and The Singing Forest. He made his West End debut in the revival of the play Deathtrap opposite Simon Russell Beale.

In 2013, Groff starred in the first-ever screen adaptation of author David Sedaris's work, C.O.G., in which he portrayed a character based on Sedaris himself, and as the voice of Kristoff in Frozen. On television, Groff portrayed the recurring role of Jesse St. James in the Fox series Glee, and from 2014 to 2015, he starred as Patrick Murray in the HBO series Looking.

Groff originated the role of King George III in the new Broadway musical Hamilton at the Richard Rodgers Theatre but is currently on leave from the show. He will return December 1, 2015.

Groff came out as gay in October 2009 during the National Equality March in Washington.
Since 2010, Groff was rumored to be dating actor Zachary Quinto. In September 2012, Quinto confirmed that he and Groff were in a relationship. In July 2013, it was reported that the two had broken up.

An advocate for the LGBTQ community, Groff was listed in Out Magazine's OUT100 as one of the 100 most compelling LGBT people in 2013 and again in 2014, this time alongside Murray Bartlett and Russell Tovey, his fellow out co-stars in Looking. Also in 2014, he was named a Grand Marshal of the New York City Pride Parade, alongside actress Laverne Cox and National LGBTQ Task Force executive director Rea Carey. In 2015, he was presented by the Point Foundation with the Point Horizon Award, which "recognizes a young trailblazer who has taken a leadership role as an advocate of the lesbian, gay, bisexual, transgender and queer community." According to Point Foundation's executive director and CEO, Jorge Valencia, Groff "is a proud member of the LGBTQ community and uses his position to speak about both the challenges and opportunities young LGBTQ people face in society. As an actor and an advocate, Groff is an inspiration to the next generation of LGBTQ leaders." 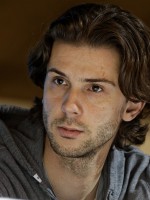 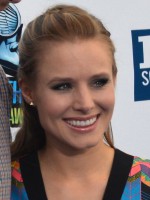 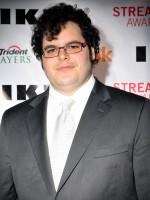 Set in 1969, the film follows the true story of Elliot Tiber (Demetri Martin), an aspiring Greenwich Village interior designer whose parents, Jake (Henry Goodman) and Sonia (Imelda Staunton), own the small dilapidated El Monaco Resort in White Lake, in the town of Bethel, New York. A hippie theater troupe, The Earthlight Players, rents the barn, but can hardly pay any rent. Due to financial trouble, the motel may have to be closed, but Elliot pleads with the local bank not to foreclose on the mortgage and Sonia delivers a tirade about her struggles as a Russian refugee. The family is given until the end of the summer to pay up.