He started working back in 1987 in W FM 96.9 (a Mexican radio station) with his program Fusión. He stayed there until 1990 when he moved as the manager of Televisa's Canal 5.

From 1991 to 1993 he worked at the music studio Melody and then he went back to W FM 96.9 with a new program and after that he moved to another radio station Vox FM 101.7 where he worked with Esteban Arce.

Finally in 1993 he debuts as a television host at Telehit's El Calabozo along with his good friend Estaban Arce. The program had huge success thanks to the craziness and randomness of the show.

From there, El Burro became Vox FM's general director and the man responsible for Vox International.

He also hosted another of Telehit's great shows Fresas con Chile (Strawberries with Peppers) along with Paloma.

In 2003 he participated in the second edition of Televisa's reality show Big Brother VIP where he was the sixth person to leave the house. Thanks to the public's support, in 2004 he went back for the third edition of Big Brother where he made it to the final but finished in fourth place.

Currently Jorge hosts his new show Hasta Adentro transmitted by Unicable which has also had a lot of success. He also hosts Trancazo Musical on KRCA. 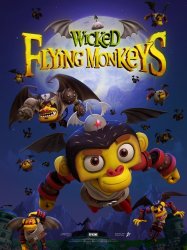 After the Wicked Witch of the West is melted in water and Dorothy Gale sent back to her world. Glenda decides to revive the Wicked Witch and remove her powers putting them in a magic broom, giving the friends of Dorothy, Tin Woodman, Cowardly Lion, and Scarecrow the work of protect it.