Birth name Elizaveta Nikolayevna Kedrova
Nationality France
Birth 8 october 1918 at Saint Petersburg (Russie)
Death 16 february 2000 (at 81 years) at Sault Ste. Marie (Canada)
Awards Academy Award for Best Supporting Actress
Lila Kedrova (9 October c. 1918 – 16 February 2000), was a Russian-born French actress. She won the Academy Award for Best Actress in a Supporting Role for Zorba the Greek (1964), and the Tony Award for Best Performance by a Featured Actress in a Musical for the same role in the musical version of the film.

Kedrova claimed to have been born in 1918, in Petrograd, Russia. Her parents were Russian opera singers. Her father, Nikolay, was a singer and composer, a creator of the first Russian male quartet to perform liturgical chants. Her mother, Sofia Gladkaya (ru: Софья Николаевна Гладкая) (1875–1965), was a singer at the Mariinsky Theatre. Kedrova's brother was Nikolay Kedrov, Jr. (1905–1981). In 1922, some time after the October Revolution, the family emigrated from Russia and lived in Berlin.

In 1928 they moved to France, where Kedrova's mother taught at the Conservatoire de Paris, and her father again recreated the quartet "Quatuor Kedroff". In 1932, Lila Kedrova joined the Moscow Art Theatre touring company. Then her film career began, mostly in French films, until her first English appearance in 1964 as Mme Hortense in Zorba the Greek. Her performance won her the Oscar for Best Supporting Actress. Kedrova appeared in Alfred Hitchcock's 1966 film, Torn Curtain playing the role of Countess Kuchinska. She then went on to play a series of eccentric or batty ladies in several Hollywood films. In 1983, she reprised her role as Mme Hortense on Broadway in the musical version of Zorba the Greek, winning both a Tony Award for Best Performance by a Featured Actress in a Musical and a Drama Desk Award in the process. In 1989 she played Madame Armfeldt in the London revival of A Little Night Music. 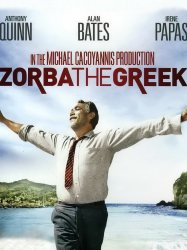 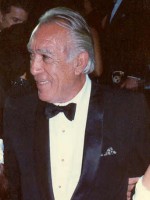 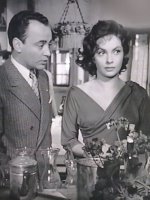 The film begins with a feast in a great hall during winter. The king is ashamed of how comfortable they have all grown to live, and questions the bravery of all knights present. A knight on horseback storms through the door and the crowd falls silent as the knight, all in green and carrying a large axe, walks up to the throne. He asks if any man has enough courage to challenge him to a game. The king shames the knights around the hall for not volunteering, and in an act of showmanship announces he himself shall take the challenge given by the green knight. Finally, a young squire named Gawain speaks up and accepts the challenge in lieu of the king. The knight tells Gawain that he has one chance to behead him, but then the knight gets to return the favor. The king grants Gawain knighthood so that he can fulfill the requirements of the challenge. Gawain beheads the knight but then the knight's torso walks up and grabs the head and puts it back on his body. The crowd is stunned and the knight tells Gawain to kneel so he can make his blow. The knight then pauses and considers that Gawain is merely a boy who has not yet even grown a beard. The knight says he will return in one year, enough for the boy to grow a beard, to claim his side of the bargain. Gawain questions the knight "must I spend the year awaiting death at your hand?".
Already seen ?
I love A treasure hunter accidentally frees a monster, forcing local villagers to revisit the sacrifice of virgins.
Already seen ?
I love 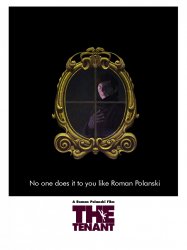 Trelkovsky (Roman Polanski), a quiet and unassuming man, rents an apartment in Paris whose previous tenant, Egyptologist Simone Choule, attempted to commit suicide by throwing herself out the window and through a pane of glass below. He visits Choule in the hospital but finds her entirely in bandages and unable to talk. Whilst still at Choule's bedside, Trelkovsky meets Simone's friend, Stella (Isabelle Adjani), who has also come to visit. Stella begins talking to Simone, who becomes aware of her visitors. Initially showing some signs of agitation upon seeing them, Choule soon lets out a disturbing cry, then dies. It isn't clear which of the two has caused this reaction. Apparently unaware that Choule is now dead, Trelkovsky tries to comfort Stella but dares not say that he never knew Simone, instead pretending to be another friend. They leave together and go out for a drink and a movie (1973's Enter The Dragon), where they fondle each other. Outside the theatre they part ways.
Already seen ?
I love Alice Cespi (Florinda Bolkan) begins to see her life fall apart due to strange memories from childhood when she was forced to watch a film called "Footprints on the Moon" involving an unethical experiment in leaving astronauts stranded on the moon's surface. Alice has terrible dreams and begins to become addicted to tranquilizers. The drugs and her deteriorating mental condition cause her to miss work and she is eventually fired, whereupon she travels to a dilapidated former tourist area called Garma after receiving a mysterious postcard. There, she runs into a girl named Paula Burton (Nicoletta Elmi), who tells her that she looks exactly like another woman, Nicole, currently staying at the faded resort. Alice then encounters a series of strange people and circumstances, all leading her closer to unlocking the possibly deadly mystery.
Results 1 to 15 of 45
123Next page >