He worked in nearly 250 films, notably Naya Daur (1957), Sadhana (1958), Waqt (1965) and Hamraaz (1967) He won acclaimed for his work in Bees Saal Baad (1962) and won the Filmfare Award for Best Supporting Actor for his role as Abdul Rasheed in Dhool Ka Phool (1960), where the song epitomizing Nehruvian secularism, Tu Hindu banega na Musalman banega, insaan ki aulaad hai, insaan banega was picturized on him. Besides this, he also acted in 12 Punjabi films, played a pivotal role in, K. A. Abbas's Shehar Aur Sapna (1963), which won the National Film Award for Best Feature Film, and acted in the first Indo-Soviet co-production, Pardesi (1957), which was nominated for the Golden Palm at 1958 Cannes Film Festival.

Towards his later career he directed, hit film for Yash Raj Films, Noorie (1980) for which he was also nominated for Filmfare Award for Best Director. 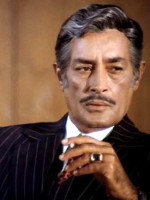 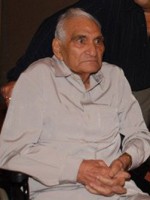 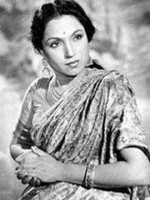 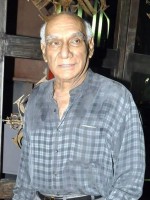 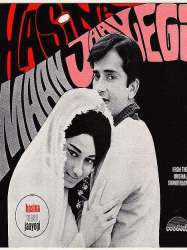 Archana (Babita) moves to a new city along with her widowed father. In college, she meets Rakesh (Shashi Kapoor), son of her father's friend who always teases her. She wants to complain about him to the principal but by mistake she complains about Kamal (Shashi Kapoor) who looks exactly like Rakesh. Kamal was an orphan and is a very decent fellow. Later she realizes her mistake and Kamal and Archana grow close. But Rakesh wants to marry Archana and always tries to come between them. At last Archana takes her father's consent to marry Kamal.
Already seen ?
I love 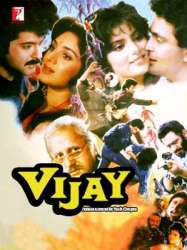 Widowed Lala Yodhraj Bhalla (Anupam Kher) lives in a palatial house with his daughter, Suman (Hema Malini), and son, Shashiraj (Raj Babbar). Both of his children are of marriageable age. He gets a shock when he finds out that Suman is in love with a lowly employee by the name of Ajit Bhardwaj (Rajesh Khanna), and refuses to give his consent for their marriage. Suman and Ajit get married in a simple ceremony, and Suman moves to Ajit's house, where she soon gets pregnant and gives birth to a son who they name Vikram alias Vicky (Rishi Kapoor). Yodhraj gets another shock when Shashiraj tells him that he would like to marry Rita (Moushmi Chatterjee), who comes from a poor family. Yodhraj asks Shashiraj to go for a trip out of town in his private air-plane. With Shashiraj out of the way, Yodhraj goes to a pregnant Rita and asks her never to see Shashiraj again and leaves a blank cheque with her. The very same day, Shashiraj is killed when his plane crashes; a guilt-ridden Suman moves back into her father's house along with Vikram, leaving Ajit alone and devastated; and a lone Rita gives birth to a young son named Arjun (Anil Kapoor). Twenty five years later, Yodhraj still lives in his palatial house with Suman and Vikram. A grown-up Arjun lives with his adopted father Inder Sen (Saeed Jaffrey) after the death of his mother Rita. He meets and befriends Vikram but is completely unaware that they are cousins. What happens when he discovers Vikram is his cousin?, What revenge has he got planned for his grandfather Yodhraj? and what happens to Ajit Bharadwaj who has also lost his wife Suman and son to Yodhraj.
Already seen ?
I love 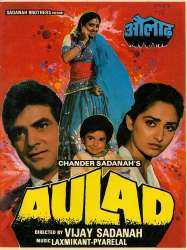 Anand and Devki on one hand, and Yashoda and Vicky on the other, have recently married. While Devki has a child, Yashoda is expecting. The two couples meet in a train, which is ill-fated as it meet with an accident. Devki is nowhere to be found, and Anand believes she is dead. Vicky and his child are killed and Yashoda is devastated. Anand feels sorry for Yashoda and has the doctor switch his baby for the dead one. Yashoda returns to her home and her in-laws with Anand's child, while he re-locates abroad. Several years later, Anand returns and is unable to keep away from Yashoda and the child. He repeatedly keeps on visiting them, to the extent that his visits get to be a nuisance, and an embarrassment. Then Anand is overjoyed to know that Devki is still alive. But when Devki asks about their child, he tells her the truth, thus setting off a tussle between the 2 mothers, to such an extent that both are prepared to sue each other publicly in Court.
Already seen ?
I love

Anand Mathur lives a middle-class lifestyle along with his sister, Asha, and retired Magistrate and widower dad in Bombay's suburbs and studies in Mithibai College of Arts. He wins the college annual day singing competition, angering his nearest rival, Rama Kumar. He subsequently comes to know that Asha is in love with Rama's brother, Vinod, and arranges their marriage. After the marriage, he finds out that Vinod, Rama and their aunt, Leela, had expected a huge dowry, and on receiving none have now started putting pressure on Asha to get some money and a fridge. Anand arranges for money and gets them a fridge. Vinod and his family then start to create misunderstandings between Asha and Anand albeit in vain. Vinod becomes more and more greedy and possessive about Asha and refuses to permit her to see her dad and brother. When Anand's dad passes away, Vinod manages to get a motorcycle from Anand but continues to create a barrier between brother and sister, so much so that Asha is convinced that Anand is up to no good. Then one day they get the news that Anand has embezzled money from his employer, Vijaya Bank, Santa Cruz Branch. Subsequently they learn that while absconding, Anand has met with a fatal accident. Quite unknown to them Anand is very much alive and with the help of wealthy smuggler, Kailashnath Rana, whose life he saved, is now masquerading as Rana himself, has befriended and seduced Rama, got married to her and is all set to avenge his humiliation at Vinod's hands. Before he could complete his vendetta, he is abducted by Kailashnath's arch-enemy, A.P. Lall, and held until Kailashnath himself comes to negotiate his release. Will Kailashnath negotiate with A.
Already seen ?
I love 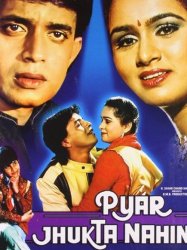 Preeti (Padmini Kolhapure) is a rich girl who falls in love with a middle class photographer Ajay (Mithun Chakraborty). Her parents initially disagree for the marriage but the daughter manages to make them ready for the marriage. Preeti's father Bhanu (Danny Dengzongpa) makes Ajay a top class photographer and his salary gets an increment. Later Ajay discovers that Bhanu has made his promotion and this has hurt his self-respect. Preeti and Ajay separate.
Already seen ?
I love 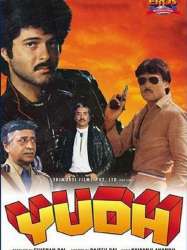 Savitri's (Nutan) twin baby sons are snatched by notorious criminal Gama Mateen (Danny Denzongpa) who demands a ransom in exchange for returning the sons to Savitri. Inspector Bhargav (Arun Govil) comes to the aid of Savitri, but is himself killed in the process while trying to save Savitri's twin sons who remain in Gama Mateen's clutches and he goes on the run with them. After Inspector Bhargav's death, Savitri brings up Bhargav's son, Vikram, as her own son.
Already seen ?
I love 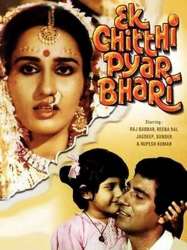 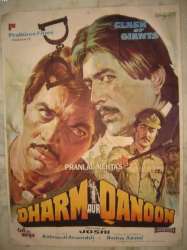 Justice Diwan lives in a bungalow with his wife, Sharda, and a son named Rajan. Diwan was a very famous advocate in his younger days and today has become a name to reckon with. His admirers include the superintendent of police Kader whom he knows since his younger days. Diwan has been appointed as the judge in the court. Diwan’s wife Shanta considers Rahim Khan as her brother. Rahim visits Diwan’s house daily to give her flowers to wear and for presenting them to her house temple.
Already seen ?
I love

A young woman (Shabana Azmi) is forced into a pre-arranged marriage with a widower. She comes to detest her husband and his son and the life that has been enforced upon her. She begins an affair with another man. One day her stepson discovers her with the other man and she kills him to prevent him from telling her husband. Ultimately she also kills her husband as her mental health declines and she becomes insane.
Already seen ?
I love 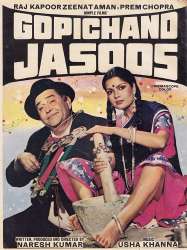 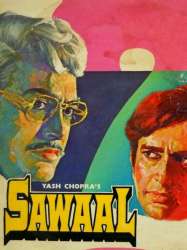 Seth Dhanpath Rai (Sanjeev Kumar) is the country's most powerful smuggler who is surrounded by his fortress of power and money. His daughter Sonia (Poonam Dhillon) falls in love with Ravi Malhotra (Shashi Kapoor), a police officer and wants to marry him. Dhanpath Rai very soon realizes that his son Vicky (Randhir Kapoor) has also taken a path that goes against the one he travels. Vicky has been engaged to a pretty but poor girl (Swaroop Sampat). Now the question begins to haunt Seth Dhanpat rai - "What is more important: His children's happiness or what he is, i.e. power and money?" Dhanpath Rai's question is answered soon.
Already seen ?
I love 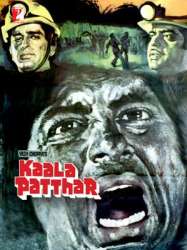 Vijay Pal Singh (Amitabh Bachchan) is a disgraced Merchant Navy captain who is branded a coward, humiliated by society and disowned by his parents for abandoning his ship risking the lives of over 300 passengers (perhaps inspired by Joseph Conrad's Lord Jim). Feeling guilty over his cowardice and with low self-esteem, he starts working as a coal miner to forget his past. He meets and becomes friends with Ravi (Shashi Kapoor), an engineer in charge of the mine. He also makes an enemy in another co-worker named Mangal (Shatrughan Sinha) who is an escaped criminal working in the mine to avoid the police. Vijay's past comes to haunt him as he sees Mangal causing trouble for the coal miners and angry over his cowardice over what happened when he was in the navy, Vijay tries to defend the miners against Mangal. Ravi eventually gets Vijay and Mangal to be friends after circumstances surrounding the mine force Mangal to change himself. The one person who supports Vijay him in his life is Dr Sudha Sen (Raakhee Gulzar) who tries to make Vijay face up to his past and move on. Ravi and Mangal also get involved in their own romances with Anita (Parveen Babi) and Channo (Neetu Singh), respectively.
Results 1 to 15 of 114
123458Next page >