Birth 15 august 1973 (46 years) at Dublin (Irlande)
Marc Bannerman (born 15 August 1973) is an actor. His most notable role has been his portrayal of Gianni di Marco in the BBC soap opera, EastEnders. His character was introduced in 1998, but was axed three years later by the executive producer of EastEnders, John Yorke. He has since appeared on various television and reality television programmes, most notably I'm a Celebrity... Get Me Out of Here! in 2007. His appearance on I'm a Celebrity… made headlines in the UK due to his flirtations with singer Cerys Matthews, which publicly ended his two-year relationship with actress Sarah Matravers. 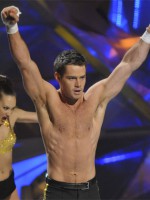 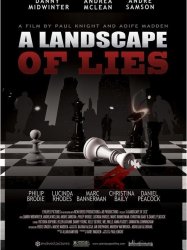 Gulf war veteran Jacob (Andre Samson) finds it hard to adjust to life after returning home, but has found solace in his friend Hilt (Marc Bannerman), who was also Jacob's commanding officer. However after Hilt is murdered by a would-be thief, Jacob decides to investigate what happened in order to bring peace to both his life and to Hilt's widow. As Jacob begins his investigation he finds himself becoming embroiled in a complicated series of events where nothing is as it seems.