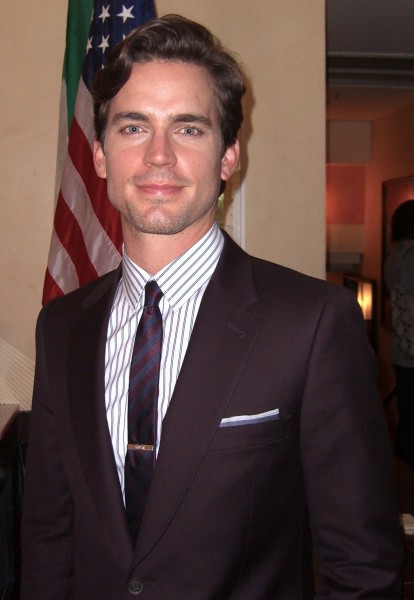 Birth name Matthew Staton Bomer
Nationality USA
Birth 11 october 1977 (45 years) at Spring (USA)
Matthew Staton "Matt" Bomer (born October 11, 1977) is an American actor. He made his television debut with Guiding Light in 2001, and gained recognition with his recurring role in the NBC television series Chuck as Bryce Larkin. He played the lead role of a con-artist in the USA Network series White Collar from 2009 to 2014. Bomer won a Golden Globe Award and received a Primetime Emmy Award nomination for his supporting role as Felix Turner in the HBO television film The Normal Heart (2014).

Bomer featured in supporting roles in such films as the 2005 thriller Flightplan, the 2011 science fiction thriller In Time, the 2012 comedy-drama Magic Mike and the 2014 supernatural-drama Winter's Tale. He starred in the Dustin Lance Black play 8 on Broadway and at the Wilshire Ebell Theatre as Jeff Zarrillo, a plaintiff in the federal case that overturned California's Proposition 8. Bomer is married to the publicist Simon Halls with whom he has three children.

Bomer has been married to publicist Simon Halls since 2011. The couple have three sons, including a set of twins, via surrogacy. He first publicly acknowledged that he was gay in 2012, when he thanked Halls and their children during an acceptance speech for his Steve Chase Humanitarian Award. Also in 2012, Bomer was given an Inspiration Award for his work at the GLSEN Awards.

Bomer, a practitioner of Transcendental Meditation since his early 20s, in 2013 stated his support for the work of the David Lynch Foundation. 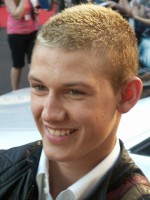 Kyle Pratt (Jodie Foster), a U.S. aircraft engineer employed in Berlin, Germany, is widowed with a six-year-old daughter Julia (Marlene Lawston) after her husband David (John Benjamin Hickey) falls off the roof of their building to his death. Kyle decides to bury him in their hometown back in the U.S., on Long Island, NY. They fly aboard a passenger aircraft, the engines of which Kyle helped design. After falling asleep, Kyle wakes to find that Julia is missing. She begins to panic, and Captain Marcus Rich (Sean Bean) is forced to conduct a search. None of the passengers remember seeing her daughter, Julia has no register in either the Berlin airport or the passenger manifest, and Kyle cannot find Julia's boarding pass. Marcus and the other crew members suspect that Kyle has become unhinged by her husband's death, and has imagined bringing her daughter aboard. One flight attendant Stephanie (Kate Beahan) is particularly unsympathetic. Faced with the crew's growing skepticism regarding her daughter's existence, Kyle becomes more and more desperate. Because of her increasingly erratic, panicked behavior, air marshal Gene Carson (Peter Sarsgaard) is ordered to guard and handcuff her.