After winning the "TOHO Cinderella" beauty contest in 1987, where she took place with 1984 winner Yasuko Sawaguchi, she made her film debut as the blind girl Akeno in the movie "Taketori Monogatari" aka "Princess from the Moon". The following year she won a Japanese Academy Award for "Rookie of the year" for her performance in this movie, amongst others.

In 1988 she starred in the TV series Hana no Asuka-gumi as Asuka Kuraku along with Natsuki Ozawa and Hikari Ishida, based on a manga series about a 14-year-old delinquent girl.

After playing roles in a number of TV series, she landed the role of Miki Saegusa in Godzilla vs. Biollante in 1989( although her characters back story was first introduced in the manga adaption of 1984 reboot). At this time she was a second year high school student and was first afraid of the Godzilla costume. But she quickly befriended suit-actor Kenpachiro Satsuma. TOHO was impressed with her acting skills and she ended up playing Miki Saegusa in the following installment and the rest of the Heisei Series.

She was one of the few actors to play the same role in more than one original Japanese release of a Godzilla film (Takashi Shimura played Dr. Kyouhei Yamane in the first two films, Raymond Burr reprised his role as Steve Martin in the edited American releases Godzilla, King of the Monsters! and Godzilla 1985, and finally Momoko Kochi who portrayed Emiko Yamane on the original 1954 Godzilla film reprised her role in a cameo appearance in Godzilla vs. Destroyah).

At the end of the Heisei Series she said:
"He (actor Akira Takarada) was in the first Godzilla nearly 40 years ago, before I was even born. I want to be like him at that age--if Toho is still making Godzilla movies then, I`d like to come back and appear in them as Miki Saegusa."

Megumi's last noticeable appearance was at G-Fest 2000. The last known was on 25 April 2001, which can be seen here: http://www.geocities.co.jp/MusicStar-Drum/5154/yubin.html

When Megumi was supposed to perform in the stageplay "The bird of fire", her physical condition was bad. She went sick for a time, but she's supposed to be better now. Megumi left the Toho-Office and actually retired, although she didn't carry it out properly. As of right now according to fans, she has regained full health and is possibly married though there is not enough sources to accurately confirm it. 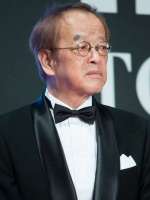 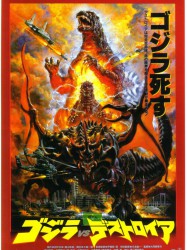 In 1996, after the death of SpaceGodzilla, Miki Saegusa travels to Birth Island to check on Godzilla and its adopted child, but finds the entire island destroyed. Godzilla appears in Hong Kong, covered in glowing lava-like rashes. It goes on a rampage, causing major collateral damage and killing thousands of civilians. A group of representatives from the Japan Self Defense Forces (JSDF) hires college student Kenichi Yamane, the grandson of Dr. Kyohei Yamane, to work at the center in an attempt to unravel the mystery of Godzilla's condition. Yamane suspects that Godzilla's heart, which acts as a nuclear reactor, is going through a nuclear meltdown. He theorizes that, when Godzilla's temperature reaches 1,200 degrees Celsius, it will explode with a force approximately "1,000 times greater than all nuclear weapons put together, a burst of power unseen since time began.
Already seen ?
I love 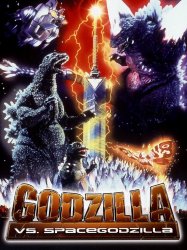 Godzilla cells brought into space by Biollante and Mothra are exposed to intense radiation from a black hole. The celestial fission creates a highly aggressive extraterrestrial beast closely resembling Godzilla. This "SpaceGodzilla" quickly makes its way to Earth.
Already seen ?
I love 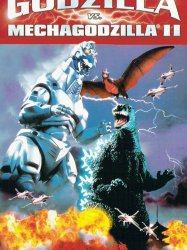 In 1992, the United Nations establishes the United Nations Godzilla Countermeasures Center (UNGCC) to stop Godzilla. The remains of Mecha-King Ghidorah are salvaged from the ocean and used to create two anti-Godzilla machines. The first is a flying gunship called Garuda. The second and more powerful machine, modeled after Godzilla itself, is called Mechagodzilla.
Already seen ?
I love 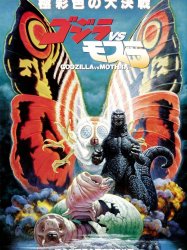 In 1993, an asteroid lands in the ocean and awakens Godzilla. The next day, a young man named Takuya Fujita is detained after stealing an ancient artifact. Later, a representative of the Japanese Prime Minister arrives with Takuya's ex-wife, Masako Tezuka, and offers him to explore an island with Masako and Marutomo company secretary, Kenji Ando, and become a free man. Takuya initially turns down the offer, on the basis that he is to be released in another week. But after his ex-wife informs him that his sentence has been reconsidered, he accepts. After the trio arrives at the island, they find a cave behind a waterfall. Inside, they discover ancient paintings, including a picture of two giant insects fighting one another. While studying them, the sun shines through a hole in the wall, and the light points to a small opening in the cave, where they come upon a giant egg. The three hear a pair of voices, which belong to the Cosmos. They keep the earth's natural order in balance, and informs them the egg belongs to Mothra.
Already seen ?
I love 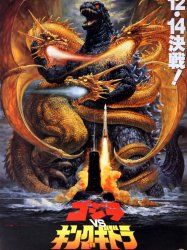 In 1992, journalist Kenichiro Terasawa (Kosuke Toyohara) is writing a book about Godzilla and learns about a group of Japanese soldiers stationed on Lagos Island in the South Pacific during World War II. They were unintentionally saved from a group of American soldiers by a mysterious dinosaur known as "Godzillasaurus" in February 1944. In 1954, the island was destroyed by a hydrogen bomb test and the radiation from the bomb mutated the dinosaur into Godzilla.
Already seen ?
I love 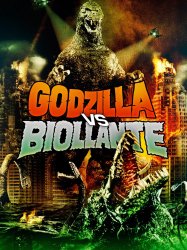 In the aftermath of Godzilla's attack on Tokyo and his later imprisonment at Mt. Mihara. a team of scientists discovers cells left in the rubble by the monster and collects them. A group of American militants takes a sample of their own. They attempt to escape with them, but are killed by a lone assassin codenamed SSS9, who steals the sample and departs. He boards a cruise liner and heads to the Republic of Saradia to deliver the cells to the Saradia Institute of Technology and Science. The president of the institute wants to use the cells to merge with genetically modified plants, hoping to transform Saradia's deserts to vast greenery and end the country's dependence on oil wells for wealth. Dr. Genshiro Shiragami and his daughter, Erika, are enlisted to aid with the ambitious project. However, a terrorist bombing destroys the institute's laboratory, ruining the cells and killing Erika.
Already seen ?
I love 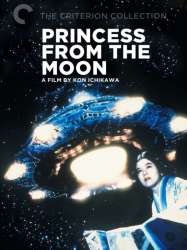 One day wood cutter Taketori-no-Miyatsuko (Toshiro Mifune) discovers a baby girl while he's out in the forest visiting his daughter's grave. Not wanting to leave the infant to die and because of her resemblance to his dead daughter, he takes the child home with him- only to discover that the child grows at an extraordinarily fast rate. Incredibly beautiful, the now grown child Kaya (Yasuko Sawaguchi) attracts the attention of everyone around her, including the land's Emperor. Unwilling to accept their advances, Kaya gives the men a list of increasingly difficult tasks. By the film's end Kaya returns to outer-space by way of a space ship.