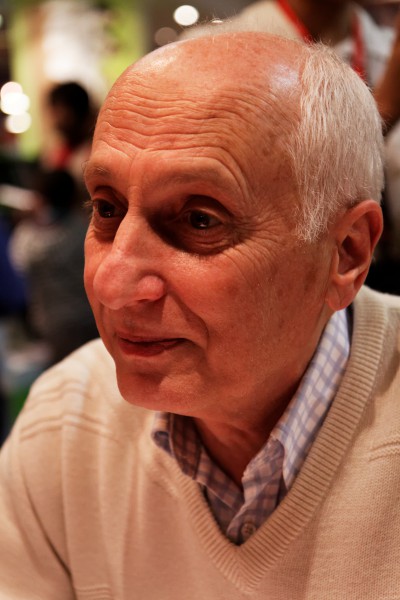 Nationality France
Birth 27 october 1943 (76 years) at Villefranche-sur-Mer (France)
Michel Ocelot is a French writer, character designer, storyboard artist and director of animated films and television programs (formerly also animator, background artist, narrator and other roles in earlier works) and a former president of the International Animated Film Association. Though best known for his 1998 début feature Kirikou and the Sorceress, his earlier films and television work had already won Césars and British Academy Film Awards among others and he was made a chevalier of the Légion d'honneur on 23 October 2009, presented to him by Agnès Varda who had been promoted to commandeur earlier the same year.

He was born in 1943 to a Catholic family then in Villefranche-sur-Mer, on the French Riviera, who relocated to Guinea, West Africa for much of his childhood, moving back to Anjou in France during his adolescence. As a teenager he played with and created toy theater productions and was inspired to become an animator through viewing Hermína Týrlová's Vzpoura hraček (The Revolt of Toys, 1946) and discovering a book on DIY stop motion animation. He was never formally taught animation, however, and instead studied the decorative arts, first at the Ecole régionale des Beaux-Arts in Angers, then the École nationale supérieure des arts décoratifs in Paris and the California Institute of the Arts in Los Angeles. He now lives and operates from an atelier-apartment in Paris.

His œuvre is characterised by having worked in a variety of animation techniques, typically employing a different medium for each new project, but almost exclusively within the genres of fairy tales and fairytale fantasy. Some, such as Kirikou and the Sorceress, are loose adaptations of existing folk tales, others are original stories constructed from the "building blocks" of such tales. He describes the process as "I play with balls that innumerable jugglers have already used for countless centuries. These balls, passed down from hand to hand, are not new. But today I'm the one doing the juggling." Visually, they are characterised by a rigid use, excepting brief transitions between them, of the side-on, straight-on and ¾ viewpoints [1] of silhouette and cutout animation (such as that of Lotte Reiniger and Karel Zeman) even when working in mediums which allow for greater flexibility and dynamic viewpoints. Though often likened to Reiniger, he himself finds her films "rather archaic and not very attractive" and does not list them among his favourites. He also admires the art of ancient Egypt, pottery of ancient Greece, Hokusai and illustrators such as Arthur Rackham, W. Heath Robinson and his brothers and, most of all, Aubrey Beardsley. He was president of the Association international du film d'animation (ASIFA) from 1994 to 2000.

While already a household name in much of continental Europe, and greatly respected by Studio Ghibli's Isao Takahata (who has directed the Japanese dubs of his films), his success in the more conservative markets of the United Kingdom, United States and Germany has been restricted by a mixed reaction to the realistic and non-sexual, but nevertheless omnipresent nudity in his breakout film Kirikou and the Sorceress. Although all of these countries' boards of film classification have approved it as being suitable for all ages, cinemas and TV channels have been reluctant to show it due to the possible backlash from offended parents. In 2007, he gained some further recognition within the English-speaking world by directing a music video for the Icelandic musician Björk, the lead single from her album Volta.

In another, 2008 interview he mentioned as further examples of favourite and influential artistic works Voltaire's letters, The Heron and the Crane, Crac, Father and Daughter, the first part of Grand Illusion, Neighbors, the Eiffel Tower, Millesgården, Persian miniatures, Jean Giraud's free drawing and illustrations by Kay Nielsen. 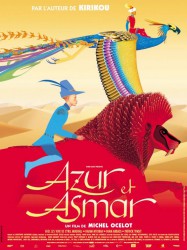 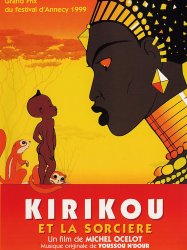 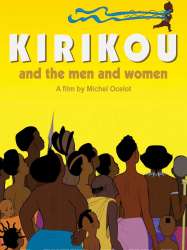 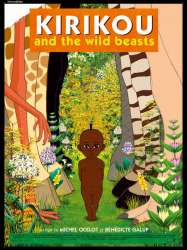 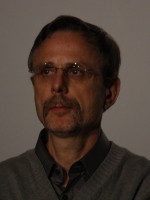 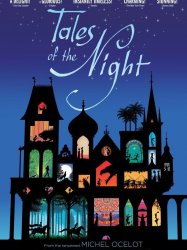 A girl, a boy and an old cinema technician tell stories every night in a small theater. Before each story, the boy and the girl decide, in accordance with the old technician, they will play the characters in the story they will interpret, they also choose a time and a country as well as costumes through documentation the technician brings them, and make clothing and accessories with a computer-controlled machine. They then perform the story on stage.
Already seen ?
I love 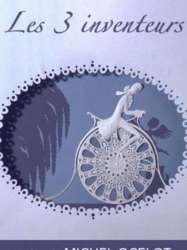 A girl, a boy and an old cinema technician tell stories every night in a small theater. Before each story, the boy and the girl decide, in accordance with the old technician, they will play the characters in the story they will interpret, they also choose a time and a country as well as costumes through documentation the technician brings them, and make clothing and accessories with a computer-controlled machine. They then perform the story on stage.
Already seen ?
I love

Once upon a time there were two children nursed by Jénane: Azur, a blond, blue-eyed son of a nobleman, and Asmar, the tan skinned and dark-eyed child of the Jenane. The nurse tells them the story of the Djinn-fairy waiting to be released from her chamber by a good and heroic prince. Brought up together they are as close as brothers until the day Azur's father cruelly separates them, banishing the nurse and Asmar from his home and sending Azur away to the city to receive schooling from a personal tutor. Years later, Azur is haunted by memories of the legendary Djinn-fairy, and takes it upon himself to journey all the way to Asmar's homeland to seek it out. Now reunited, he finds that Jénane has since become a successful merchant, while Asmar is now a member of the Royal Guard. However, Asmar also longs to find the Djinn-fairy, and only one of the two youths can be successful in their quest.
Already seen ?
I love

The film is a sub-story to Kirikou and the Sorceress rather than a straight sequel. The movie is set while Kirikou is still a child and Karaba is still a sorceress. Like Princes et princesses and Les Contes de la nuit, it is an anthology film comprising several episodic stories, each of them describing Kirikou's interactions with a different animals. It is however unique among Michel Ocelot's films, not only in that it is co-directed by Bénédicte Galup (who has previously worked with him as an animator) but also for each of the stories being written by a different person (in all other cases, Ocelot has been the sole writer and director of his films).
Already seen ?
I love 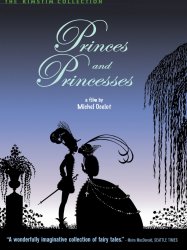 It is said that somewhere, an enchanted princess lies captive in a secret palace – a palace you can be sure that you're getting close to if you find diamonds lying in the grass. But in order to free the princess from the curse placed upon her, one would have to find all one-hundred and eleven of the diamonds which make up her broken necklace. Many princes have attempted to break the spell, but all have disappeared without a trace.
Already seen ?
I love

In a little village somewhere in West Africa, a boy named Kirikou is born in a spectacular way. But he's not a normal boy, since he can speak and walk immediately after being born. He is also very determined. His mother tells him that an evil sorceress has dried up their spring and devoured all the males of the village except for one. Hence the tiny Kirikou decides to accompany the last warrior, his uncle, to visit the sorceress. Kirikou tricks the sorceress and saves his uncle, by waiting inside his uncle's hat, and pretending that it was magic. He saved the children from being kidnapped by the sorceress' boat, which sped off towards Karaba, and saved them later again from the sorceress' tree, which closed it branches, and once again sped off towards Karaba. Next, he bursts the monster who was drinking all the village's water. He then travels to ask his wise old grandfather about the sorceress, and faces many obstacles in the process. The grandfather finds that Kirikou is always asking questions, which is a good thing. The grandfather tells him that she is evil because she suffers: bad men put a poisoned thorn in her back. On the way to Karaba, Kirikou makes friends, who each in turn, give him presents, after he saves them from the skunk. Kirikou manages to trick the sorceress and removes the thorn, he also manages to take the gold, and return it to the rightful owners. The sorceress is cured. She kisses Kirikou and he becomes an adult. Love reigns. When they arrive back at the village, no one believes that the sorceress is cured, and only do they believe Kirikou, when a procession of drummers arrive. It turns out Karaba did not eat them, just turned them into watchmen, and other obedient objects.
Already seen ?
I love

A boy, a girl and an old technician get together in an abandoned cinema to invent stories, the boy and the girl play after then made costumes. The three stories are "La Belle Fille et le sorcier" ("The Pretty Girl and the Sorcerer"), "Bergère qui danse" ("The Dancing Shepherdess") and "Le Prince des joyaux" ("The Prince of Jewels"). Unlike La Princesse insensible and Ciné si, Les Contes is on 35 mm film.
Already seen ?
I love

A girl, a boy and an old cinema technician tell stories every night in a small theater. Before each story, the boy and the girl decide, in accordance with the old technician, they will play the characters in the story they will interpret, they also choose a time and a country as well as costumes through documentation the technician brings them, and make clothing and accessories with a computer-controlled machine. They then perform the story on stage.
Results 1 to 15 of 24
12Next page >