Birth name « Skandar » Alexander Amin Caspar Keynes
Nationality United-kingdom
Birth 5 september 1991 (31 years) at London (United-kingdom)
Skandar Keynes (/ˈkeɪnz/; born Alexander Amin Casper Keynes; 5 September 1991) is an English actor. He is best known for starring as Edmund Pevensie in the Chronicles of Narnia film series since 2005. He has appeared in all three instalments, The Lion, the Witch and the Wardrobe, Prince Caspian, and most recently The Voyage of the Dawn Treader, which was released on 10 December 2010.

Keynes attended the Anna Scher Theatre School from 2000 to 2005, having attended Thornhill Primary School from 1996–2002. He attended the all-boys City of London School from 2005. There he wrote as a film critic for the review section of The Citizen, the City of London School weekly school newspaper. He sat his GCSEs in May and June 2008 and started Sixth Form and his first year of his A-level studies the following September. He studied biology, chemistry, maths, further maths and history at A-level. In October 2010 he began his degree in Arabic and Middle Eastern History at Pembroke College, Cambridge. He was listed as one of Business Insider's "16 Incredibly Impressive Students At Cambridge University".

He and his family have visited Marjeyoun since he was a child. "We've been coming every year to Lebanon and visiting Marjeyoun despite the political situation. I was here in 1996 during Operation Grapes of Wrath. I was four at the time and I had no concept that it was war," Keynes told a reporter. "I remember when the gravity of the situation dawned on me. It was during the 2006 July war, I was 14 then… but it didn't really shake my view of Lebanon as effectively a second home, a place where I come to and I have family." Keynes explains that he is cognizant of the political situation:


"And I understand that in part the law that a mother cannot pass her nationality to her children is tied up with the Palestinian issue, and sometimes I wonder who I am to complain when there are people who have been born and brought up in Lebanon, who speak Arabic better than I ever will and can't get Lebanese citizenship... I would like to see the law changed and would like to be able to be considered Lebanese by the Lebanese government. When I arrive at the airport, I would like to show a Lebanese passport, I would like to go to my [family's] house without having to get permission, but part of me feels that I have to put my hands up in the air and say, 'Well, what I want is not what I'm going to get,' and I don't know how or to what extent I should resign myself to the fact that I'm not Lebanese as far as they are concerned.

The Chronicles of Narnia: The Lion, the Witch and the Wardrobe
(2005)
(Actor)

The Chronicles of Narnia: The Voyage of the Dawn Treader
(2010)
(Actor) 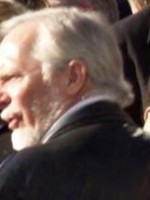 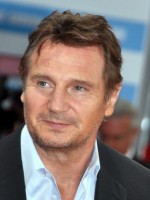 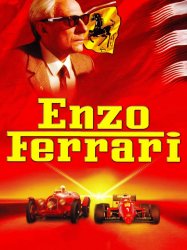 When he is only ten years old, Enzo Ferrari runs to the next village only to watch a car race. Now the direction for his life is set. He starts immediately working on vehicles and as soon as he is old enough to drive a real car, he becomes a race car driver.
Already seen ?
I love

In 1916, Tsar Nicholas II hosts a ball at the Catherine Palace to celebrate the Romanov tricentennial. His mother, the Dowager Empress Marie Feodorovna, is visiting from Paris and gives a music box and a necklace inscribed with the words “Together in Paris” as parting gifts to her youngest granddaughter, eight-year-old Grand Duchess Anastasia. The ball is suddenly interrupted by the sorcerer Grigori Rasputin, the former royal advisor of the Romanovs until he was banished by Nicholas II for treason. In retaliation, Rasputin sells his soul in exchange for an unholy reliquary, which he uses to place a curse on the Romanov family, sparking the Russian Revolution. Only Marie and Anastasia are able to escape the ensuing siege of the palace, thanks to a young servant boy named Dimitri who shows them a secret passageway in Anastasia's room. Rasputin confronts the two royals outside, only to fall through the ice and freeze to death. The pair manage to reach a moving train, but only Marie climbs aboard while Anastasia falls, hitting her head on the platform.