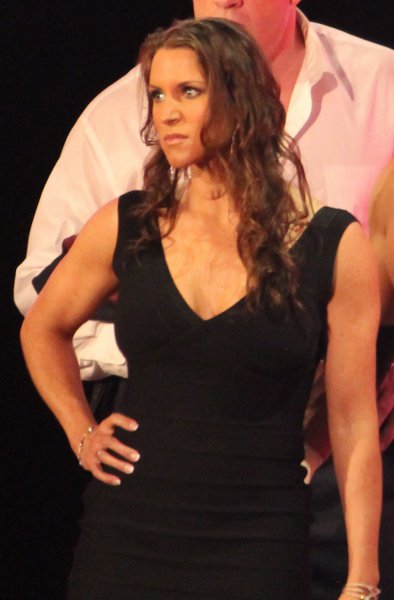 Birth name Stephanie Marie McMahon
Nationality USA
Birth 24 september 1976 (43 years) at New York City (USA)
Stephanie McMahon Levesque (born Stephanie Marie McMahon; September 24, 1976) is an American businesswoman, professional wrestling valet, professional wrestler, minority owner, and the Chief Brand Officer of WWE. She has worked for WWE since 1998 (then known as the WWF). She is the daughter of WWE Chairman and CEO Vince McMahon and retired CEO/United States Senate candidate Linda McMahon, and the younger sister of Shane McMahon.
McMahon began appearing regularly on WWF in 1999 as a part of a storyline with The Undertaker. After a brief on-screen relationship with Test, she was engaged to Triple H—whom she married both on-screen and later in real life—which resulted in The McMahon-Helmsley Faction storyline. She has held the WWF Women's Championship once. In 2001, she was the on-screen owner of Extreme Championship Wrestling during The Invasion. The following year, she was the SmackDown General Manager, but stopped appearing regularly on television after an "I Quit" match with her father Vince.

After only making sporadic appearances for several years, McMahon began appearing regularly on Raw in 2008 as the Raw brand general manager before disappearing once again. By mid-2013, McMahon returned to regular on-air appearances in the WWE, this time under the gimmick of an unctuous, judgmental, bullying owner along with on-screen chief operating officer her husband, Triple H. Together as a power couple known as "The Authority," they make what are often shady decrees while claiming only to be concerned for "what's best for business," all the while romanticizing each other in the process with public displays of affection. The Authority later expanded into a stable made up of Seth Rollins, Kane, Jamie Noble, and Joey Mercury, and included with its co-leaders Triple H and herself.

McMahon began dating Paul Levesque, better known as Triple H, in 2000 during their scripted romance. They were engaged on Valentine's Day in 2003 and were married on October 25, 2003. In a radio interview with Opie and Anthony in 2004, Levesque claimed that he began dating McMahon after being apart from his previous girlfriend, Joanie "Chyna" Laurer, for some time, despite Laurer's claims that his relationship with McMahon began while they were still together. After their marriage, Stephanie took her husband's surname and legally changed her middle name to 'McMahon'.

She and Levesque have three daughters together. On January 8, 2006, WWE announced that McMahon and Levesque were expecting their first child, due on July 27, 2006. McMahon continued to work and travel with WWE throughout her pregnancy, giving birth to an 8 lb, 7 oz (3.8 kg) girl, Aurora Rose Levesque, on July 24, 2006. The couple had their second child, a daughter named Murphy Claire Levesque, on July 28, 2008, and their third daughter, Vaughn Evelyn Levesque, on August 24, 2010. 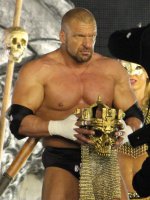 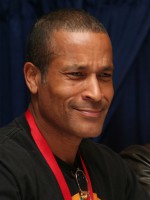 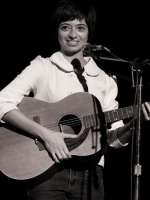 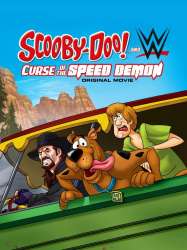