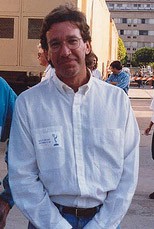 He is known for his role in the ABC television show Home Improvement (1991–99) as well as for his starring roles in several popular films, including Disney's The Santa Clause trilogy, Disney/Pixar's Toy Story trilogy (as the voice of Buzz Lightyear), and Galaxy Quest (1999). He currently stars as Mike Baxter in the Last Man Standing TV series (2011-present).

On October 2, 1978, Allen was arrested in the Kalamazoo/Battle Creek International Airport for possession of over 650 grams (1.43 lb) of cocaine. He subsequently pleaded guilty to drug trafficking charges, and provided the names of other dealers in exchange for a sentence of three to seven years rather than a possible life imprisonment. He was paroled on June 12, 1981, after serving two years and four months in Federal Correctional Institution, Sandstone in Sandstone, Minnesota. Allen had the Federal Bureau of Prisons Register # 04276-040.

Allen was raised as an Episcopalian. He was married to Laura Diebel from April 7, 1984, until they legally separated in 1999. Their divorce was finalized in 2003. Their daughter Katherine was born in 1989. Allen married actress Jane Hajduk on October 7, 2006, in a small private ceremony in Grand Lake, Colorado. They had dated for five years. In March 2009, their daughter Elizabeth was born.

In 1997, Allen was arrested for DUI in Birmingham, Michigan, and was recorded as having a 0.15 percent blood-alcohol content. He was sentenced to one year probation. He entered a rehabilitation clinic for alcohol abuse as part of his court obligation.

In September 2014, Allen, like his character Mike Baxter in Last Man Standing, became a licensed amateur radio operator under the callsign KK6OTD. 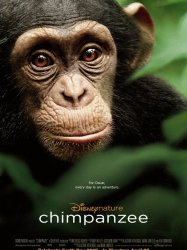 Oscar is the nickname given by the narrator (Tim Allen) to a young chimpanzee in his toddler years. He is part of a close-knit tribe of chimpanzees. They occupy a forest territory which is rich in native fruits, nuts, and figs, among other things. The chimps hunt small tree monkeys, and they also eat termites collected with primitive tools made from sticks. They also use rocks as tools to crack nuts. Oscar is tended by his mother, nicknamed Isha, and from her he begins learning many things about how to survive in the jungle. In the chaos of an attempted raid by a rival gang of chimpanzees led by 'Scar', Isha is injured and separated from the group and her son. As told by the narrator, Isha is most probably the victim of a nocturnal leopard.
Already seen ?
I love 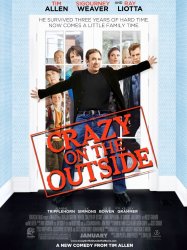 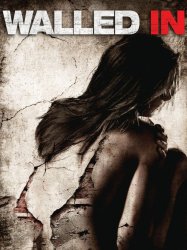 Sam Walczak (Mischa Barton), is a recent engineering graduate. At her graduation party, her father, an owner of a demolition company, gives her a gift: a job supervising the demolition of a building in the middle of nowhere. If she's successful, she will become his partner. Sam arrives at the Malestrazza Building, and is greeted by Mary (Deborah Kara Unger), the caretaker. Sam tells Mary she will be staying in one of the apartments in the building. Jimmy (Cameron Bright), the caretaker's teenage son, takes her bags to her apartment and explains the rules of the building. She is to stay off the eighth floor because it is Malestrazza's and the roof because it is too dangerous.
Already seen ?
I love

While closing his Brazilian Jiu-Jitsu studio one evening, martial arts teacher Mike Terry (Chiwetel Ejiofor) is approached by attorney Laura Black (Emily Mortimer), who is seeking the owner of the vehicle she accidentally sideswiped. Off-duty police officer Joe Collins (Max Martini), who was receiving a private lesson from Mike, sees that Laura is distressed and tries to take her coat. Startled, Laura grabs Joe's gun and fires it; shattering the studio's front window. To avoid having Laura charged with attempted murder, Mike and Joe agree to conceal the event.
Results 1 to 15 of 40
123Next page >