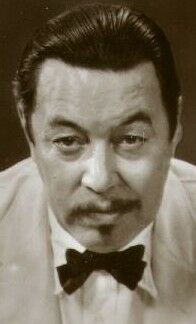 Birth name Johan Verner Ölund
Nationality Suede
Birth 3 october 1879 at Västerbotten county (Suede)
Death 6 august 1938 (at 58 years) at Stockholm (Suede)
Warner Oland (October 3, 1879 – August 6, 1938) was a Swedish American actor most remembered for his screen role as the detective Charlie Chan. He moved to the United States when he was 13 and pursued a film career that would include time on Broadway and dozens of film appearances. He starred in a total of 16 Charlie Chan films.

Despite his wealth and success, Oland suffered from alcoholism that severely affected his health and his thirty-year marriage. In January 1938, he started filming Charlie Chan at Ringside. However, a week into shooting his erratic behavior led to his walking off the set and shooting was abandoned. After a spell in hospital, he signed a new three picture deal with Fox to continue playing Chan. At the same time, he was involved in a bitter divorce from his wife and his finances were restricted. So too was his ability to go overseas as a legal order prevented him from traveling and moving his assets abroad. About this time, he was involved in an incident when, after ordering his chauffeur to drive him to Mexico, he was observed during a rest stop to be sitting on the running board of his car and throwing his shoes at onlookers. The divorce settlement (favoring his wife) was announced to the media on April 2, 1938, and the same day he embarked on a ship out of the country. He turned up in southern Europe, before returning to his native Sweden where he stayed with an architect friend. 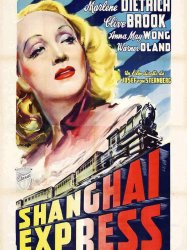 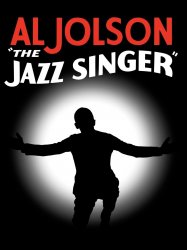 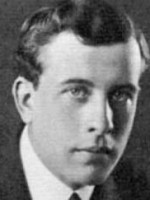 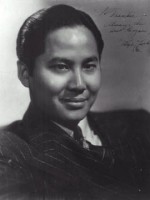 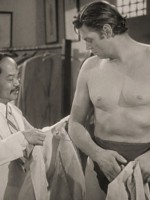 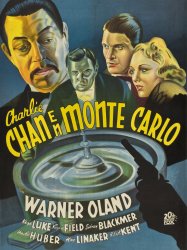 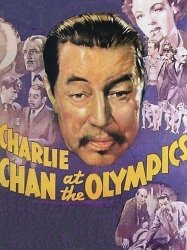 When Chan's oldest son, Lee (Keye Luke), is chosen to compete in the Olympics, Chan is proud as can be. Meanwhile, over the skies of Chan's Honolulu, the "Hopkins plane" is demonstrating an improvement of remote radio control to the US military. However, the aircraft is hijacked by a concealed stowaway, the device stolen, and the test pilot murdered. When Chan, followed by his astute second son, Charlie Jr. (Layne Tom Jr.), tracks down the stowaway, he finds only the man's body.
Already seen ?
I love 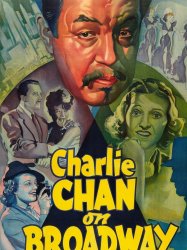 While Charlie Chan and his number one son, Lee, are aboard a New York-bound transatlantic liner returning from Germany in their previous adventure (Charlie Chan at the Olympics), they have a run-in with a mysterious woman, named Billie Bronson, who secretes a package in the trunk of the Chans. After the liner docks, Chan and Lee are met at the pier by Inspector Nelson and two rival reporters, Joan Wendall and Speed Patton. Bille, having left the country hurriedly a year ago when sought as a material witness in a political scandal, has returned to "blow the lid off the town." She follows the Chans to their hotel and attempts to regain her package from the trunk, only to be interrupted by Lee. She then goes to the "Hottentot Club", where "candid-camera night" is in full progress, followed by Lee. Already present are Joan and Speed. Billie is mysteriously murdered and Charlie is summoned from a police banquet in his honor. Present in the room with the body are club manager Johnny Burke; club dancer and Burke's girl-friend Marie Collins and the two reporters. While seeking a motive for the murder, a second killing is discovered in Charlie's hotel room, the package is missing from Charlie's trunk and it is realized that it must have contained her diary. Charlie neatly puts together a few scattered clues and names as the killer.
Already seen ?
I love 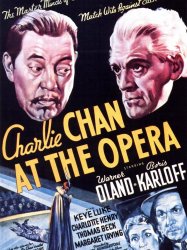 Charlie Chan (Warner Oland) gets to watch a performance that's to die for. For seven years, opera star Gravelle (Boris Karloff) has been locked in an insane asylum, his identity a mystery - even to himself. But when his memory unexpectedly returns, he begins to recall that his wife and her lover tried to murder him - and now he's determined to make them face the music. Gravelle escapes from the asylum and makes his way to the San Marco opera house and begins hiding out in the various rooms and passageways. Soon, members of the opera company are being murdered one by one.
Already seen ?
I love 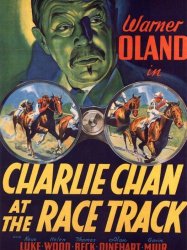 When a prominent racehorse owner winds up dead-allegedly kicked to death by his prized stallion, Charlie Chan is called in to investigate. But when the indomitable detective discovers evidence of foul play, he's soon hot on the hooves of an international gambling ring with an evil plot to turn the racetracks of the world into a trifecta of terror!
Already seen ?
I love 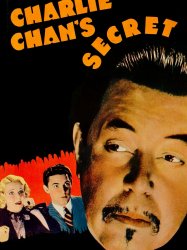 Alan Colby, heir to a vast fortune, reappears after a seven-year absence, only to be murdered before he can claim his inheritance. The Lowells have been living off the Colby fortune, and now someone is trying to kill Henrietta Lowell, matriarch of the family. Among the suspects are:
Already seen ?
I love 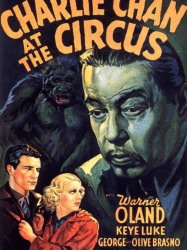 Charlie Chan takes his wife and twelve children on an outing to a circus after receiving a free pass from one of the owners, Joe Kinney. Kinney wants Chan to find out who is sending him anonymous threatening letters. Nearly all of the circus workers are suspects, since Kinney is very unpopular. However, when Chan goes to meet him during the night's performance, he finds the man dead, seemingly killed by a rampaging gorilla who somehow escaped from his cage.
Already seen ?
I love 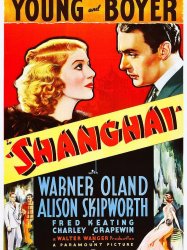 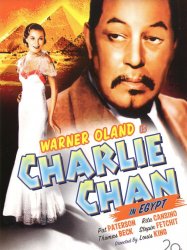 Charlie Chan is brought in when an archaeologist disappears while excavating ancient art treasures in Egypt. Charlie must sort out the stories of the archaeological team, deal with the crazed son of the missing scientist, learn why priceless treasures are falling into the hands of private collectors, and battle many seemingly supernatural events.
Already seen ?
I love 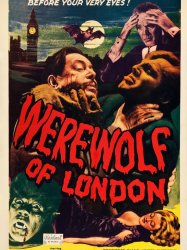 Wilfred Glendon (Henry Hull) is a wealthy and world-renowned English botanist who journeys to Tibet in search of the elusive mariphasa plant. While there, he is attacked and bitten by a creature later revealed to be a werewolf, although he succeeds in acquiring a specimen of the mariphasa. Once back home in London he is approached by a fellow botanist, Dr. Yogami (Warner Oland), who claims to have met him in Tibet while also seeking the mariphasa. Yogami warns Glendon that the bite of a werewolf would cause him to become a werewolf as well, adding that the mariphasa is a temporary antidote for the disease.
Already seen ?
I love 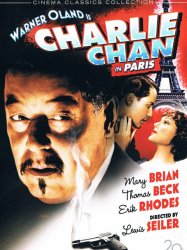 Chan is on his way back from completing the London case—they always mentioned the previous case—to go on "vacation" to Paris, but this is just a way to make people think that he is innocently there. He is on a case for some London bankers and customers who say that some bonds from the Lamartine Bank in Paris are forged, so they hired Chan to solve the case. The suspects Chan meets include; Max Corday, a local artist who wants to reap the financial rewards of fame; Albert Dufresne, the assistant to the bank president who is living beyond his means; Henri Latouche, a bank officer who has access to financial bank records; Yvette Lamartine, the daughter of the bank president who is determined to recover old love letters from the bank vault; and Marcel Xavier, a crippled and blind beggar and "crazed World War I veteran who thinks that the bank is cheating on him and wants his money.
Already seen ?
I love 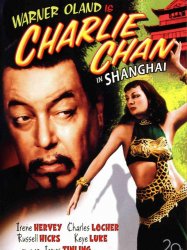 Charlie Chan arrives in Shanghai at the behest of the U.S. government to help stop an opium smuggling ring. He receives a warning aboard ship not to stop in Shanghai. He is met by his Number One Son, Lee Chan, as well as Philip Nash and his fianceé, Diana Woodland. Charlie is the guest of honor at a banquet held that evening, hosted by Sir Stanley Woodland (David Torrence in an uncredited role). When Sir Stanley opens a box to give a handwritten scroll to Charlie, he is shot and killed by a gun inside the booby-trapped box. Charlie meets with Colonel Watkins, the commissioner of police, and agrees to investigate the crime. The next day, American FBI man James Andrews arrives in Shanghai, accompanied by his valet, Forrest (Gladden James in an uncredited role). That night, an assassin shoots what seems to be a sleeping Charlie Chan in bed. But Charlie, suspecting another attempt on his life, rigged a dummy and escaped death.
Already seen ?
I love 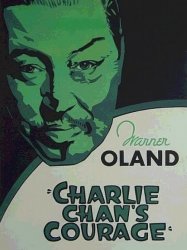 Chan is hired to transport a pearl necklace. When his employer is murdered, he sets out to unmask the killer.
Already seen ?
I love 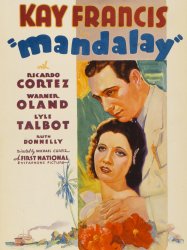 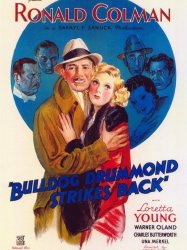 Bulldog Drummond's partner Algy is set to wed. Bulldog attends the wedding but on his return home in the deep foggy night he wanders into an old mansion of Prince Achmed in search of a telephone. To his shock he finds the corpse of an old man. Bodies keep disappearing as Drummond attempts to contact the authorities, including neighbour Captain Nielsen. But a woman is on the case, Gwen, who is the daughter of the dead man.
Results 1 to 15 of 77
123456Next page >