Nationality USA
Birth 9 may 1893 at Saugus (USA)
Death 2 may 1947 (at 53 years) at Rye (USA)
William Moulton Marston (May 9, 1893&nbsp;– May 2, 1947), also known by the pen name Charles Moulton, was an American psychologist, feminist theorist, inventor and comic book writer who created the character Wonder Woman. Two women, his wife Elizabeth Holloway Marston and Olive Byrne (who lived with the couple in a polyamorous relationship), served as exemplars for the character and greatly influenced her creation.

He was inducted into the Comic Book Hall of Fame in 2006.

He was born in Saugus, Massachusetts. William Marston was educated at Harvard University, receiving his B.A. in 1915, an L.L.B. in 1918, and a Ph.D. in Psychology in 1921. After teaching at American University in Washington D.C. and Tufts University in Medford MA, Marston traveled to Universal Studios in California in 1929, where he spent a year as Director of Public Services. 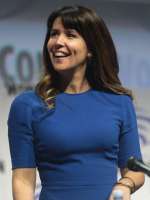 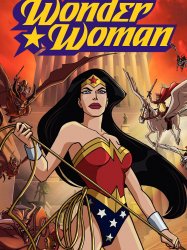 Centuries ago, the Amazons, a proud and fierce race of warrior women, led by their Queen, Hippolyta (voiced by Virginia Madsen), battled Ares (voiced by Alfred Molina), the god of war, and his army. During the battle, Hippolyta beheaded her son, Thrax (voiced by Jason Miller), whom Ares forcibly conceived with her, who is fighting for his father. Hippolyta then defeated Ares, but Zeus (voiced by David McCallum) stopped her from delivering the death strike. Instead, Hera (voiced by Marg Helgenberger) bound his powers with magic bracers so that he was deprived of his ability to draw power from the aura of violence and death he could instigate, effectively rendering him mortal, and only another god could release him. In compensation, the Amazons were granted the island of Themyscira, where they would remain eternally youthful and isolated from Man in the course of their duty of holding Ares prisoner for all eternity. Later, Hippolyta was granted a daughter, Princess Diana (voiced by Keri Russell), whom she shaped from the sand of the Themyscirian seashore and gave life with her own blood.