ConnectionRegistration
Home > All persons > Yūsaku Matsuda
Yūsaku Matsuda is a Actor, Director, Writer and In Memory Of Japonais born on 21 september 1949 at Shimonoseki (Japon)

Birth name 松田 優作
Nationality Japon
Birth 21 september 1949 at Shimonoseki (Japon)
Death 6 november 1989 (at 40 years) at Tokyo (Japon)
Yūsaku Matsuda (松田 優作, Matsuda Yūsaku, September 21, 1949 – November 6, 1989) was a Japanese actor. In Japan he was best known for roles in action films and a variety of television series in the 1970s as well as a switch to a wider range of roles in the 1980s. His final film appearance was as the villain Sato in Ridley Scott's Black Rain.

He is considered one of Japan's most important film actors.

Matsuda was born out of wedlock in Shimonoseki, to a Japanese father, a probation officer, whom he never met, and a Zainichi Korean mother, Kaneko Matsuda, originally Kim. She was a Korean who had married a Japanese man who died during World War II. After his death, Kaneko became a prostitute to support Yūsaku's half-brothers. Kaneko deliberately wrongly recorded his birth year as 1950 on his birth records.

He grew up and was educated in Shimonoseki, attending Kanda elementary school and Bunyo Junior High School, before entering Shimonoseki Secondary School. In 1967, while at high school, at the urging of his mother, he stayed with his aunt in the city of Seaside in America for one year. He attended Seaside High School. However, extremely unhappy in America, malnourished, unable to speak English, and feeling himself the victim of discrimination, he returned to Japan. Because he was afraid of facing his mother, he went to stay with his older brother in Tokyo. He attended Hōnan High School (豊南高等学校) as a night student and graduated in 1969. After graduating, he entered a theatre company called "Rokugatsu Gekijō" (六月劇場), leaving in November 1969. In 1971 he joined a theatre group "Club Marui", then in 1972 he joined "Bungakuza". He met his future wife Michiko through Club Marui in May 1971. At the time he was working as a barman.

He changed his citizenship from Korean to Japanese while he was starring in Taiyō ni Hoero!, with the help of Michiko, whose father was a member of the Liberal Democratic party who was head of the then-Prime Minister's support office.

In 1975 he was involved in two fracas, first with two journalists, and then with a student who attacked him with a wooden kendo sword because the student thought he was assaulting a woman. The student ended up in a hospital, and Matsuda received a suspended sentence for assault. This caused a major disruption in his career, with film studios and television companies dropping him.

He married Michiko Kumamoto in 1975 and had one daughter. They divorced in 1981 after six years of marriage. In 1983, he married Miyuki Kumagai, whom he had started a relationship with in 1979, when she was 17, when she appeared in the television series Tantei Monogatari. They had three children. Two of the children, Ryuhei and Shota, became actors and daughter Yuki become singer.

In 1988, Matsuda was diagnosed with bladder cancer, before shooting began for Black Rain. Matsuda refused chemotherapy, as he thought it would affect his ability to act in the film. After his death, his first wife, who had experienced him ignoring an ear infection until it required surgery to prevent deafness, wrote that she suspected that he did not actually realize the seriousness of his illness. During the filming, he was urinating blood. By the time shooting finished, in March 1989, his cancer had spread to his spine and lungs, making it inoperable. On October 7, 1989, Matsuda was hospitalized. A month after he was admitted, Matsuda died at 6:45 PM JST on November 6 at the age of 40, at a Tokyo hospital. He was buried in Nishitama cemetery (西多摩霊園) in Akiruno, Tokyo.

The character Aokiji in the manga One Piece is based on Matsuda. 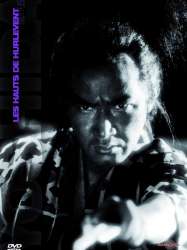 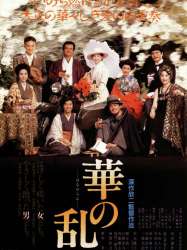 A homeless man suffering from memory loss is unbeatable in a fight. He becomes involved with the Yakuza.
Already seen ?
I love 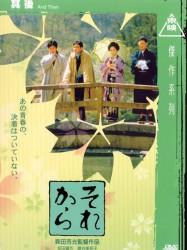 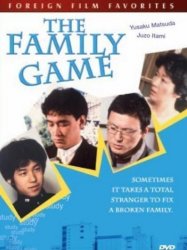 The Numata family consists of the father, Kōsuke (Juzo Itami); mother, Chikako (Saori Yuki); and two sons, Shinichi (Jun'ichi Tsujita) and Shigeyuki (Ichirōta Miyagawa). Shigeyuki is a junior high school student. He will soon be taking a high school entrance examination. Unlike the high school student brother, Shinichi, who lives up to the father's expectations, Shigeyuki’s grades are poor, and he is only interested in roller coasters. The father finds a private tutor, Yoshimoto (Yusaku Matsuda), for Shigeyuki and imposes all responsibilities for his exam on the tutor. Yoshimoto's behaviour is extremely strange, including kissing Shigeyuki and hitting him painfully hard. Even though Yoshimoto is a seventh year student of a third-rate university, Shigeyuki’s marks become better and better. Eventually he passes the exam for the high school. At a family celebration, Yoshimoto begins to riot, hitting people, pouring wine on their heads, and throwing spaghetti around wildly.
Already seen ?
I love 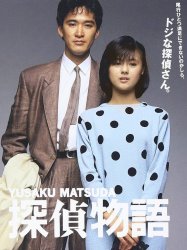 Naomi is a rich university student about to leave on a trip to America. Her father hires detective Shuichi Tsujiyama to watch over her, a situation that pleases neither Naomi or Shuichi. Things get complicated when Shuichi's ex-wife is suspected in the murder of a love hotel manager. Naomi and Shuichi join up to investigate the murder which may involve yakuza gangsters.
Already seen ?
I love 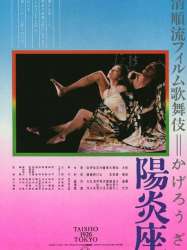 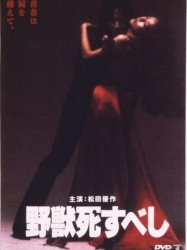 A journalist who covered the Vietnam War becomes mentally unstable and goes on a spree of robbery and murder.
Already seen ?
I love 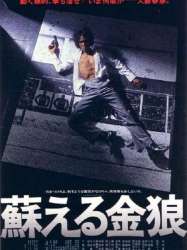 Tetsuya Asakura, a mild-mannered accountant works for an oil company by day and as a bank-robbing assassin by night. Hell-bent on bringing his corporation down, he finds he's not the only one as another criminal blackmails the top officials from the corporation. As loyalties are tested and double-crossed, Asakura soon finds himself in a deadly battle with the mafia.
Already seen ?
I love 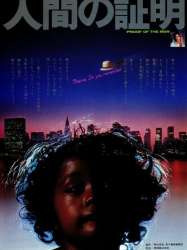 A young black man (Joe Yamanaka) from New York receives a sum of money. He buys new clothes and takes a flight to Japan. After he arrives, he is found fatally stabbed in a lift in a Tokyo hotel at the same time as a fashion show by designer Kyōko Yasugi (Mariko Okada) is being held. The police department, including Munesue (Yūsaku Matsuda) and his partner (Hajime Hana), come to investigate. The only clue is the dying man's last words "straw hat". At the same time, a woman having an extramarital affair, Naomi (Bunjaku Han), is accidentally run over by Yasugi's son (Kōichi Iwaki). He and his girlfriend dump her body in the sea, but drops his watch at the scene. He is haunted by his actions and confesses to his mother, Kyōko, who suggests he flees to New York with his girlfriend.
Already seen ?
I love

Yusaku Matsuda plays an ex-boxer who killed an opponent during a fight. He is brought into a school to deal with a gang of disruptive students led by Hiroshi Tachi.
Already seen ?
I love 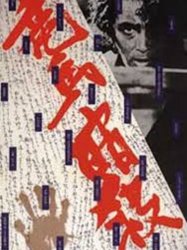 The film details the last three days of Ryōma's life.

A homeless man suffering from memory loss is unbeatable in a fight. He becomes involved with the Yakuza.

A homeless man suffering from memory loss is unbeatable in a fight. He becomes involved with the Yakuza.
Results 1 to 15 of 16
12Next page >