Tom Ripley is involved in an art scam in Berlin, partnered with Reeves, a thuggish British gangster whom he orders to remain out on the street as the deal takes place. A violent argument breaks out in which Ripley kills one of his "customers". He gives the money to Reeves but keeps the artwork for himself, curtly informing Reeves that their partnership is over.
Already seen ?
I love Former Los Angeles policeman John Berlin is teetering toward burnout after the collapse of his marriage. At the invitation of an old friend and colleague, Freddy Ross, Berlin heads to rural northern California, for a job with the Eureka police force. Instead, Berlin prickles his new colleagues, especially John Taylor, who was passed over for promotion in order to make room for Berlin.
Already seen ?
I love 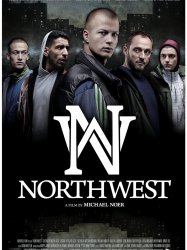 On October 6, 1970, while on holiday in Istanbul, Turkey, American college student Billy Hayes straps 2 kg of hashish blocks to his chest. While attempting to board a plane back to the United States with his girlfriend, Billy is arrested by Turkish police on high alert due to fear of terrorist attacks. He is strip-searched, photographed and questioned. After a while, a shadowy American (who is never named, but is nicknamed "Tex" by Billy due to his thick Texan accent) arrives, takes Billy to a police station and translates for Billy for one of the detectives. On questioning Billy tells them that he bought the hashish from a taxicab driver, and offers to help the police track him down in exchange for his release. Billy goes with the police to a nearby market and points out the cab driver, but when they go to arrest the cabbie, it becomes apparent that the police have no intention of keeping their end of the deal with Billy. He sees an opportunity and makes a run for it, only to get cornered and recaptured by the mysterious American.
Results 1 to 10 of 70
123457Next page >