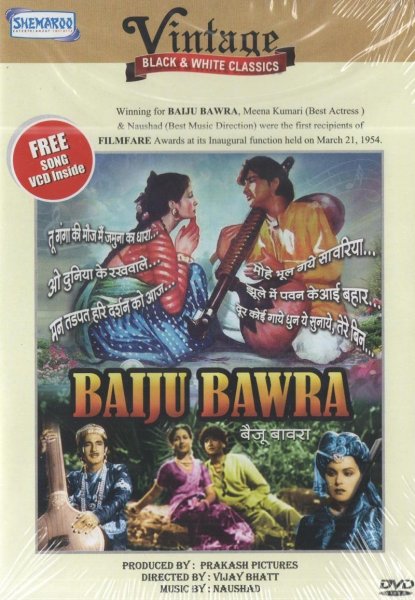 The story is about King Karma Dev who gives a lot of importance to physical beauty. His mother the Rajmata requests Mahamantri Munjal to find him a nice wife. Karma Dev often dreams of marrying an unknown beautiful woman he had once seen in the Somnath temple. Meanwhile Mrinalla is the princess of Karnataka who also dreams of marrying a king she had once seen in the Somnath temple. When Munjal happens to see the beautiful woman Mrinalla, he shows the King's portrait to her and she is happy to finally find the man of her dreams. So she runs away from the palace and searches for Karma Dev to marry him. Soon after, Munjal shows Mrinalla's painting to Karma Dev, who agrees to marry her. On the day of the marriage, the King finds out she is dark and refuses to marry her. After several incidents Karma Dev realizes his mistake and at last he happily accepts Mrinalla as his Patrani.
Already seen ?
I love

The Shakas (Scythians) have invaded and defeated the Kashmir region. The Kashmiri princess Shreelakha, is on the run to avoid captivity and unwanted attention of Shakraj. The Shakas have already managed to capture several areas in India and the princess is finding it difficult to find refuge. She meets Kalidas the poet, who tells her to ask for shelter from King Vikramaditya, the ruler of Avanti. Kalidas, through his poetry impresses Madhvi, the daughter of Acharya Varamihir and she makes it possible for them to meet Vikramaditya. The King appoints Kalidas as the court poet. The princess asks for refuge and war against the Shakas. When Vikramaditya promises to do so he is met with opposition from his Minister, Vaital. Vaital on being rebuffed by the King then incites the people against the princess and tries to poison her. After several incidents involving the honesty of the King and his travails, the people think that Vaital has poisoned the King and the princess. The magnanimity and valour of the King is shown when he fights the Shakas, killing Shakaraj and releasing Shreelekha's father from captivity and restoring his kingdom.
Already seen ?
I love 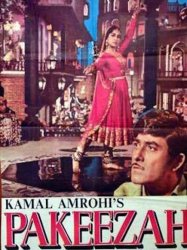 This movie is about the tawaif Sahibjaan (Meena Kumari), who is born to a courtesan, Nargis (also Meena Kumari). After being spurned by her lover Shahabuddin's (Ashok Kumar) family, Nargis is driven to a graveyard where she gives birth to Sahibjaan secretly. Nargis dies during childbirth and her sister Nawabjaan (Veena)- a brothel madam - brings her up as her own. Unable to break away from the vicious circle, Sahibjaan grows up to be a beautiful and popular dancer/singer. Forest ranger Salim Ahmed Khan (Raaj Kumar), enthralled by her beauty and innocence, eventually convinces her to elope with him, which she does. But trials and tribulations await Sahibjaan as she is recognized by men wherever she goes in the company of Salim. When Salim renames her Pakeezah (pure of heart) and takes her to a cleric to be legally married, she refuses and returns to the brothel. Salim eventually decides to marry someone else and invites Sahibjaan to dance at his wedding; she agrees. During this event, Nawabjaan recognises Shahabuddin and calls him to witness the irony of the situation: It is his own daughter dancing and entertaining his family.
Already seen ?
I love 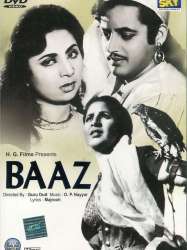 The 16th century, the Malabar Coast. General Barbosa (KN Singh) signs a treaty with the queen (Sulochana) of a small state giving the Portuguese right to trade in exchange for military protection. With the help of the queen's nephew Jaswant (Ramsingh), he begins to meddle in the administration as well. He arrests merchant Ramzan Ali and his friend Narayan Das. Das' daughter Nisha (Geeta Bali) tries to save her father but is caught by Barbosa and both are sold to a cruel Portuguese pirate Cabral. Cabral kills Narayan Das. Nisha rouses her fellow slaves to revolt against Cabral and once Cabral is killed Nisha becomes a pirate queen pillaging all Portuguese ships in sight. One such ship includes heir to the throne Prince Ravi (Guru Dutt), a Portuguese woman Rosita (Kuldip Kaur) and a court astrologer (Johnny Walker). Nisha spares their lives as Ravi had saved her life earlier. They inevitably fall in love. Ravi joins the mutineers without revealing his identity. Back on shore, Ravi learns Jaswant is to be crowned king. Ravi is arrested and sentenced to death. Nisha saves him and they join forces with other local chiefs to defeat Barbosa.
Already seen ?
I love 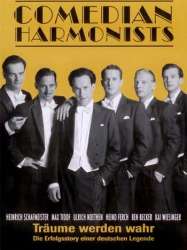 In 1927, unemployed German-Jewish actor Harry Frommermann is inspired by the American group The Revelers to create a German group of the same format. He holds auditions and signs on four additional singers and a pianist. Naming themselves the "Comedian Harmonists", they meet international fame and popularity. However, they eventually run into trouble when the Nazis come to power, as half the group is Jewish.
Already seen ?
I love 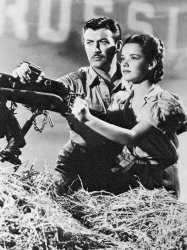 American conductor John Meredith (Robert Taylor) and his manager, Hank Higgins (Robert Benchley), go to Russia shortly before the Nazi invasion of the Soviet Union. Meredith falls in love with beautiful Soviet pianist Nadya Stepanova (Susan Peters) while they travel throughout the country on a 40-city tour. Their bliss is destroyed by the German invasion.
Already seen ?
I love

A state chieftain (M. Zahur) rules over his people in a despotic manner. Samar (P. Jairaj) becomes the hero-bandit to fight the chief. He dons a leather mask, and along with the help of his dog Tiger and horse Bahadur he ventures out to set things right. He also has the help of a group of wayfarers, and Dulari (Shirin), the inn-keeper. Samar falls in love with the Chieftain's sister Ila (Mehtab). Following several action scenes, Samar is able to rid the state of its tyrannical ruler and marry Ila.
Already seen ?
I love

Born under a Neem tree and hence also called Nimai, Vishvambar (Bharat Bhushan) is the tenth son of Jagannath Mishra and his wife Sachi Devi. Due to his fair colour, he is often referred to as Gaurang (Fair-coloured). The social milieu in the 15th century setting of the story is shown as being dismal, with hypocritical priests and oppressive rulers. He loses his father at an early age and the family faces hardships financially. Nimai completes his education and is an expert at debating with the local priests. He starts a school and marries Vishnupriya daughter of Sanatan Misra who is the court priest. On his father's death anniversary he goes to Gaya to perform prayers for his father. There he meets a saint called Ishvara Puri. He soon develops complete devotion to Krishna and starts chanting and singing his praises. His Radha and Krishna Bhakti songs attract people from all walks of life. He takes renunciation and shaves off his head. He settles in Puri, concentrating on his Bhakti and disappears while singing a bhajan.
Already seen ?
I love