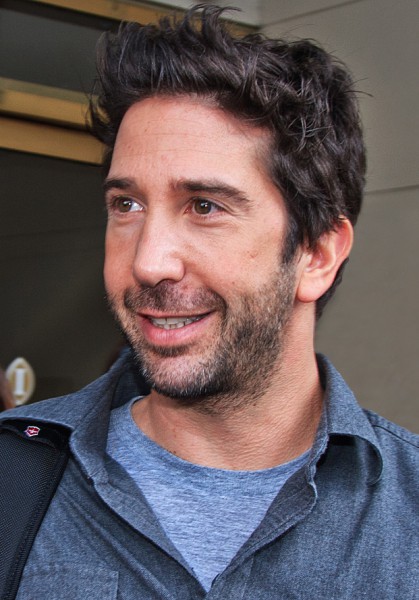 Birth name David Lawrence Schwimmer
Nationality USA
Birth 2 november 1966 (56 years) at Flushing (USA)
David Lawrence Schwimmer (born November 2, 1966) is an American actor, director, producer and comedian. He was born in Flushing, Queens, New York, and his family moved to Los Angeles when he was 2. He began his acting career performing in school plays at Beverly Hills High School. In 1988, he graduated from Northwestern University with a Bachelor of Arts in theater and speech. After graduation, Schwimmer co-founded the Lookingglass Theatre Company. For much of the late 1980s, he lived in Los Angeles as a struggling, unemployed actor.
He starred in the television movie A Deadly Silence in 1989 and appeared in a number of television roles, including on L.A. Law, The Wonder Years, NYPD Blue, and Monty, in the early 1990s. Schwimmer later gained worldwide recognition for playing Ross Geller in the sitcom Friends. His first leading film role was in The Pallbearer (1996), which was followed by roles in Kissing a Fool (1998), Six Days Seven Nights (1998), Apt Pupil, and Picking Up the Pieces (2000). He was then cast in the miniseries Band of Brothers (2001) as Herbert Sobel. After the series finale of Friends in 2004, Schwimmer was cast as the titular character in the 2005 drama Duane Hopwood. Other film roles include Melman in the computer animated Madagascar films, the dark comedy Big Nothing (2006), and the thriller Nothing But the Truth (2008). Schwimmer made his West End stage debut in the leading role in Some Girl(s) in 2005. In 2006, he made his Broadway debut in The Caine Mutiny Court-Martial. Schwimmer made his feature film directorial debut with the 2007 comedy Run Fatboy Run. The following year he made his Off-Broadway directorial debut in the 2008 production, Fault Lines.

In the early 2000s, Schwimmer dated Australian pop singer Natalie Imbruglia, Israeli actress Mili Avital, and American actress Rochelle Ovitt. In 2007, Schwimmer and British artist Zoë Buckman began a relationship. In March 2010, Schwimmer announced their engagement and married Buckman in a small private ceremony that June. On May 8, 2011, the couple had a daughter, Cleo Buckman Schwimmer.

In June 2006, Schwimmer won a US$400,000 defamation lawsuit against Aaron Tonken, a former charity fundraiser. Tonken claimed Schwimmer had demanded Rolex watches in order to appear at his own charity event, a claim that Schwimmer had denied.

Schwimmer is an active director of the Rape Treatment Center in Santa Monica, which specializes in helping victims of date rape and child rape. He has also campaigned for legislation to ban drugs such as Rohypnol and GHB. In November 2011, he gave the Scottish charity Children 1st permission to screen his film Trust to commemorate World Day for Prevention of Child Abuse and Violence against Children.

In 2012 he rebutted two longstanding rumors: one that he appeared as a soldier on a train in Biloxi Blues (1988), saying, "No. I don't know why that's on IMDb, but I never was in that", and the other that he is related to dancer Lacey Schwimmer, saying, "No, not at all. Please set the record straight. I guess it's a natural assumption because we have the same last name, but no. I've never even met her". 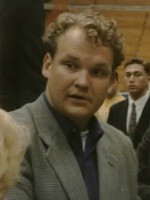 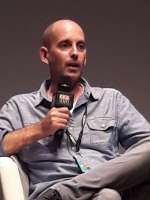 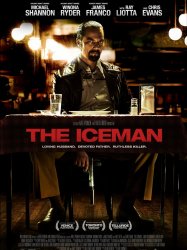 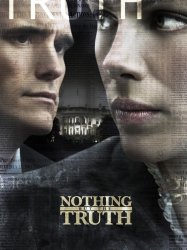 Rachel Armstrong (Kate Beckinsale) is an ambitious reporter for the Capital Sun-Times. When she discovers fellow soccer mom Erica Van Doren (Vera Farmiga) is working as a covert operative for the CIA and recently returned from Venezuela, where she was investigating an assassination attempt on the President of the United States, she confronts her and requests confirmation. Erica refuses to cooperate, but Rachel has no doubts about the veracity of the report, and her story becomes front-page news with the support of editor Bonnie Benjamin (Angela Bassett) and Avril Aaronson (Noah Wyle), who serves as the newspaper's legal counselor.
Already seen ?
I love 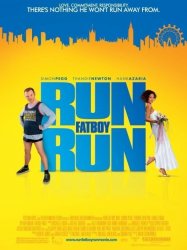 Dennis Doyle (Simon Pegg) is about to marry Libby (Thandie Newton), his pregnant fiancée. However, he gets cold feet and runs away on the day of the wedding. Five years later, Dennis discovers that Libby, who has their son, Jake, has started seeing high-flying go-getter Whit (Hank Azaria) and realizes what he has lost. He finds out that Whit is running the Nike River Marathon in London, and to prove himself to his doubting friends and, most importantly, Libby and his son, he decides to run the race himself. He receives motivation from his two "coaches", Gordon (Dylan Moran), a well-meaning slacker who is Libby's cousin and Dennis' best friend, who has made a hefty bet on Dennis succeeding, and Mr. Ghosh Dastidar (Harish Patel) his landlord, who uses unorthodox methods of training, such as using a spatula to spank him. Days before the race, Whit proposes to Libby at her birthday party. Libby accepts and this puts Dennis in a state of deep depression. Meanwhile, Jake, who has formed a crush on a girl in his class, runs away angry when he discovers that she prefers another boy just because he has a ponytail. Dennis, upon being informed by a frightened Libby, tracks him down and explains to him that he will find many things he does not like in his life and he should just stand up to them and face them, rather than running away. Having made that mistake himself, he decides to race after all.
Already seen ?
I love 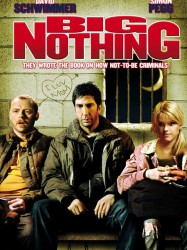 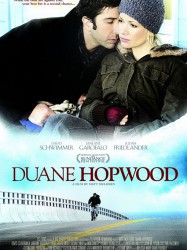 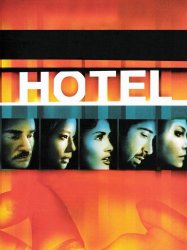 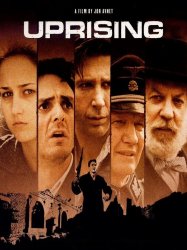