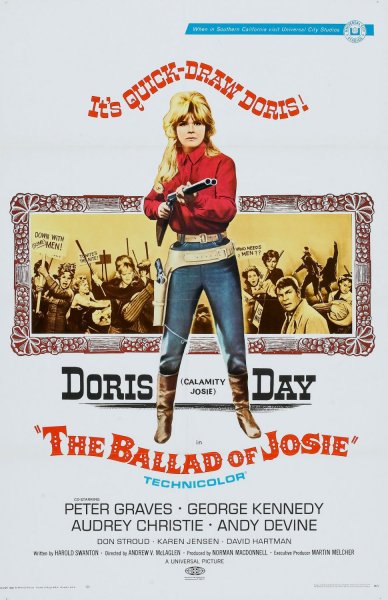 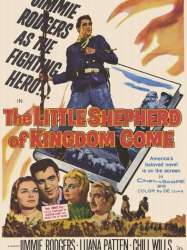 Chad (Jimmie Rodgers) is a confused young man growing up in 1860s Kentucky. Sheltered from his brutal guardian by a friendly schoolmaster, he learns to love the tiny village of Kingdom Come and has no inclination of leaving. But when the American Civil War breaks out, he finds himself at odds with most of his friends by joining the Union Army. His wartime experiences force Chad to grow up in a hurry, and he returns to Kingdom Come with a whole new outlook on his future existence.
Already seen ?
I love 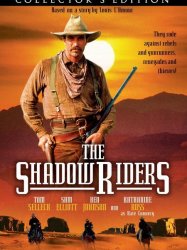 Two brothers, Mac (Tom Selleck) and Dal (Sam Elliott) Traven, who fought on opposite sides in the Civil War, make their way back to Texas when the war ends. They learn that a band of confederate rebels has kidnapped their two sisters and a brother, as well as Dal's sweetheart (Katharine Ross). Thus, the chase is on.
Already seen ?
I love 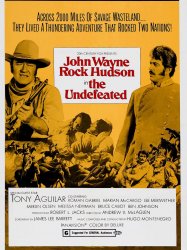 After the American Civil War, Union Colonel John Henry Thomas (John Wayne) and company attack a group of Confederate soldiers, only to be informed after defeating them that the war had ended days ago. Another group of Confederate soldiers, led by Colonel James Langdon (Rock Hudson) prepare to join Emperor Maximilian of Mexico. Langdon torches his plantation before he departs rather than have it fall into the hands of carpetbaggers. At the same time, Thomas, with his adopted Indian son Blue Boy (Roman Gabriel) and his surviving command, brings a herd of 3,000 horses across the Rio Grande for sale in Durango, Mexico.
Already seen ?
I love 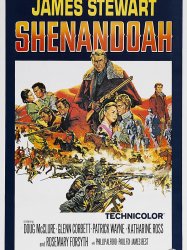 In the state of Virginia in 1864, during the American Civil War, family patriarch Charlie Anderson (James Stewart) and his six sons Jacob, John, James, Nathan, Henry, and Boy (who is 16) run the family farm, while his daughter Jennie (Rosemary Forsyth) and daughter-in-law Ann (Katharine Ross) take care of the housework. The family has no slaves. Though Charlie attends church weekly and considers himself a "God fearing" man, he doesn't give God credit for anything, but takes credit for himself especially during dinner prayer. He internally blames God for taking his wife from him. His family is constantly late for church and will force people out of their seats to make room for his family, much to the annoyance of the preacher and congregation.
Already seen ?
I love 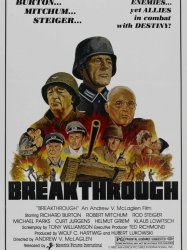 Starting in late May 1944, during the German retreat on the Eastern Front, Captain Stransky (Helmut Griem) orders Sergeant Steiner (Richard Burton) to blow up a railway tunnel to prevent Russian forces from using it. Steiner's platoon fails in its mission by coming up against a Russian tank. Steiner then takes a furlough to Paris just as the Allies launch their invasion of Normandy.
Already seen ?
I love 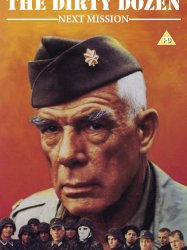 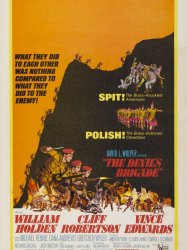 American Lieutenant Colonel Robert T. Frederick is summoned to Britain where he is authorized by Admiral Louis Mountbatten to raise a commando force comprising both American and Canadian personnel for operations in Norway. Back in the U.S. Frederick receives his American troops — all are Army convicts. When the Canadian contingent arrives they immediately cause friction with the Americans and chaos ensues. By the time Frederick manages to overcome the national differences and to mould the 1st Special Service Force into a highly trained commando force, the Allied High Command have had a change of heart and offered the Norway missions to British troops. Left without a role, Frederick manages to persuade General Mark Clark in Italy to give his men a chance to prove themselves. Clark asks Frederick for the 1st Special Service Force to reconnoitre a German garrison in an Italian town, but Frederick decides to go one better and capture the entire town. Convinced now of the ability of Frederick's men, Clark gives them the task no other Allied troops have managed to achieve — to capture Monte la Difensa. Facing severe obstacles, they drive the Germans off the stronghold, allowing the allies to continue their advance into Italy.
Already seen ?
I love 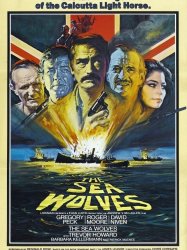 During World War II, German submarines are sinking thousands of tons of British merchant shipping. British intelligence, based in India, believes that information is being passed to the U-Boats by a radio transmitter hidden on board one of three German merchant ships interned in Portuguese Goa. Since Portugal is neutral, the ships cannot be attacked by conventional forces.
Already seen ?
I love 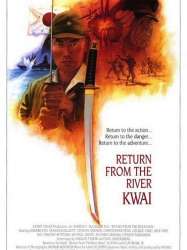 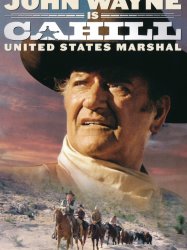 While J.D. Cahill (John Wayne), a widower and U.S. Marshal, is away from home, his two sons Danny (Gary Grimes) and Billy (Clay O'Brien) aid Abe Fraser (George Kennedy) and his gang to escape from jail and to rob a bank. The town's sheriff is shot and killed during the robbery. Billy hides the stolen money while his brother and the rest of the gang return to locked jail cells as an alibi. When Cahill returns, he and Danny look for the perpetrators with the help of half-Comanche tracker Lightfoot (Neville Brand). Cahill arrests four suspects and although they are innocent, they are found guilty and scheduled to be hanged. While on the tracks of the kids, Cahill and Lightfoot are ambushed by Brownie (Dan Vadis). Lightfoot hurts him but is eventually killed. Cahill's sons try to return the gang's share of the money to Fraser, resulting in a showdown between Cahill and his boys on one side and Fraser's gang on the other.
Results 1 to 10 of 70
123457Next page >